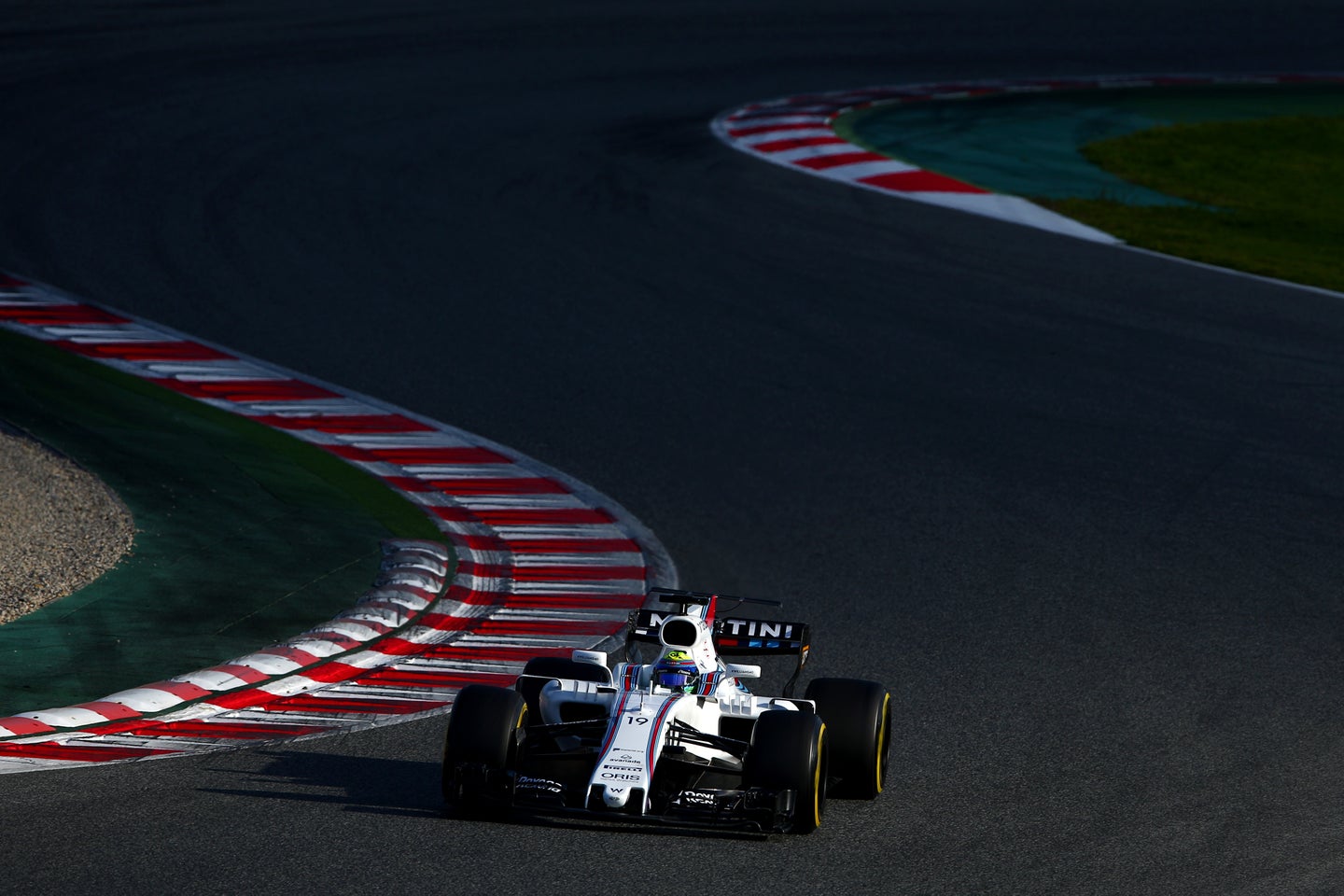 The Williams team has found themselves back at the pointy end of the grid after day one of the second F1 test in Barcelona. The team started testing well, with Felipe Massa slotting the car in P3 on the first day of the first test, but things quickly went downhill once the machine was handed over to his teammate, 18-year-old Canadian rookie Lance Stroll. Stroll managed to bin the car three times in just two days, and while Massa defended the young driver, it's still the experienced Brazilian that is turning the fastest times for the team.

Daniel Ricciardo was second for Red Bull Racing and Sebastian Vettel was third for Ferrari—the team Lewis Hamilton tipped to be the one to beat in 2017—despite being on slower tires. Hamilton himself wasn't far behind in fourth—just 0.730 of a second behind Massa—and his Mercedes teammate Valtteri Bottas followed in fifth.

McLaren's Honda woes from the first round of testing continued, with a failure that necessitated yet another engine change in the morning session. The relationship between the team and the Japanese engine maker is strained, at best, at this point. Stoffel Vandoorne would turn 80 laps for the team over the day, but could only manage the 10th best time.

In addition to McLaren, Renault also had to change an engine in the morning session of today's test. However, unlike McLaren's 10th fastest time, Nico Hulkenberg slotted his Renault in a respectable seventh place.

Today was the first day back in action for Sauber's Pascal Wehrlein. The German driver had to sit out the first test thanks to a neck injury he sustained in the Race of Champions. Wehrlein eased himself back into routine, posting 47 laps and the 11th best time of the day.