Kaz Grala survives the carnage and makes all of us feel old. 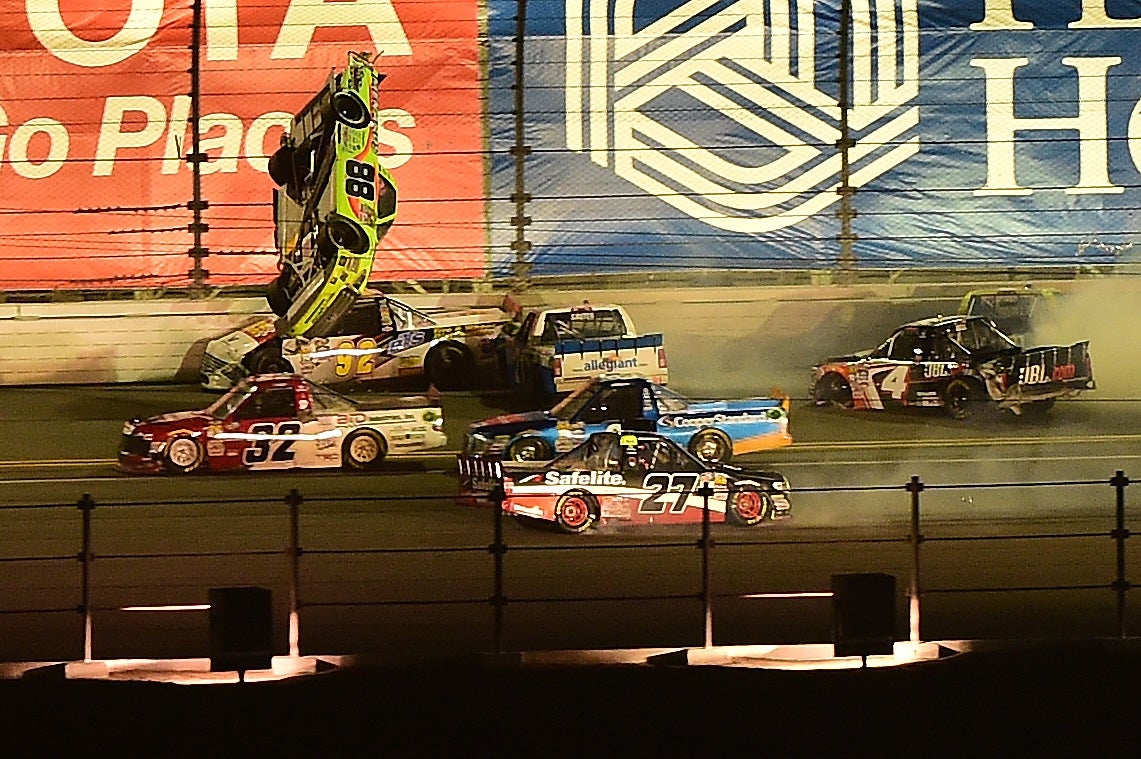 Daytona 500 weekend got off to a crazy and crash-filled start with the NASCAR Camping World Truck Series' NextEra Energy Resources 250. The race was won by polesitter Kaz Grala, an 18-year-old from Boston driving for GMS Racing.

The 100-lap race was bookended by major crashes that impacted a majority of the field. The first caution came out after just one lap of green flag racing, when 17 cars suffered damage in a wreck triggered by Chase Briscoe making contact with Noah Gregson.

Then, on the final lap of the race, Ben Rhodes bobbled, causing the leading pack of cars to crash and pitching race leader Matt Crafton into an impressive airborne pirouette. Thankfully, all drivers involved, including Crafton, were okay.

Grala was able to weave through the carnage without incident and pick up his first NASCAR Camping World Truck Series win in just ten starts. The victory locks the young Bostonian in the championship playoffs.

Ultimately, only 19 of the 32 cars that started the race were classified as running at the finish. This does not include several cars, including Crafton and current Truck series champion Johnny Sauter, that were caught up in the last lap incident. Many of those that retired during the race fell victim to NASCAR's new five minute limit on pit lane repairs. All told, it was an expensive night of racing for many teams in the paddock.

As for Grala, the High School Senior kept his nose—largely—clean all night and now becomes the youngest winner in any of NASCAR's national series, and makes us all feel old in the process.