Summary of the F1 Silly Season 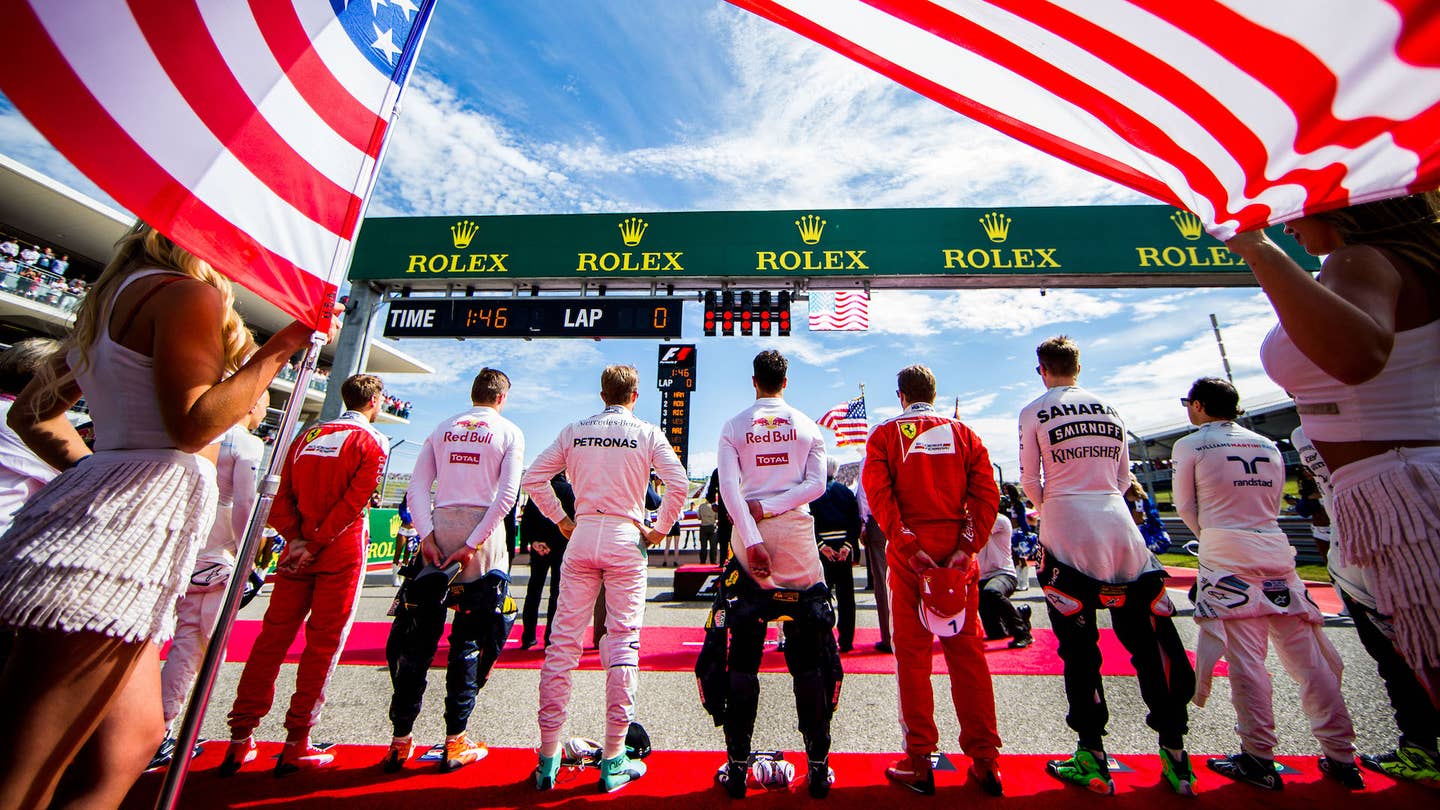 With Nico Hülkenberg recently announcing his move from his seemingly already secured Force India seat to the factory Renault team, another wrench has been thrown in the F1 silly season. So, where does each team stack up for 2017?

Both Nico Rosberg and Lewis Hamilton will be back to compete for the title in 2017 for the German marque.

Daniel Ricciardo and Max Verstappen are both confirmed at Red Bull for 2017.

Kimi Räikkönen will be again partnering Sebastian Vettel in 2017 for the Scuderia after the Finn re-upped his contract with the team in July.

Many thought the Force India line up was done and dusted once Sergio Perez announced he would be staying at the team. However, Nico Hülkenberg announced after the Japanese Grand Prix that he would leave the team for Renault thanks to an out clause in his contract. Pascal Wehrlein and Esteban Ocon have both been linked to the free Force India seat.

The British team will announce their 2017 drivers on November 3rd. Expect Valtteri Bottas to stay with the team for ’17 and Formula 3 champ Lance Stroll to replace the retiring Felipe Massa.

Stoffel Vandoorne has been confirmed at McLaren for 2017. He will be replacing Jenson Button during the Brit’s sabbatical year alongside Fernando Alonso.

Romain Grosjean and Esteban Gutierrez have done great work for the rookie team so far in 2016, but the team has been tight lipped about the plan for ’17. Many are speculating that Grosjean will remain with the team and Gutierrez will be replaced, but that remains to be seen.

The addition of Nico Hülkenberg leaves only one open seat at the factory team. Every driver available is angling for it, including current Renault drivers Kevin Magnussen and Jolyon Palmer.

Manor has had a revolving door of drivers over the last few years as they struggle to fund the backmarker team. Current drivers Pascal Wehrlein and Esteban Ocon could return for 2017, but so could former Manor driver Rio Haryanto if he gets the necessary funding.

Thankfully for Sauber, their financial future has been secured thanks to a Swiss investment company. However, their drivers remain less secure for 2017. Both Felipe Nasr and Marcus Ericsson are looking at other drives for 2017 should they not be retained.