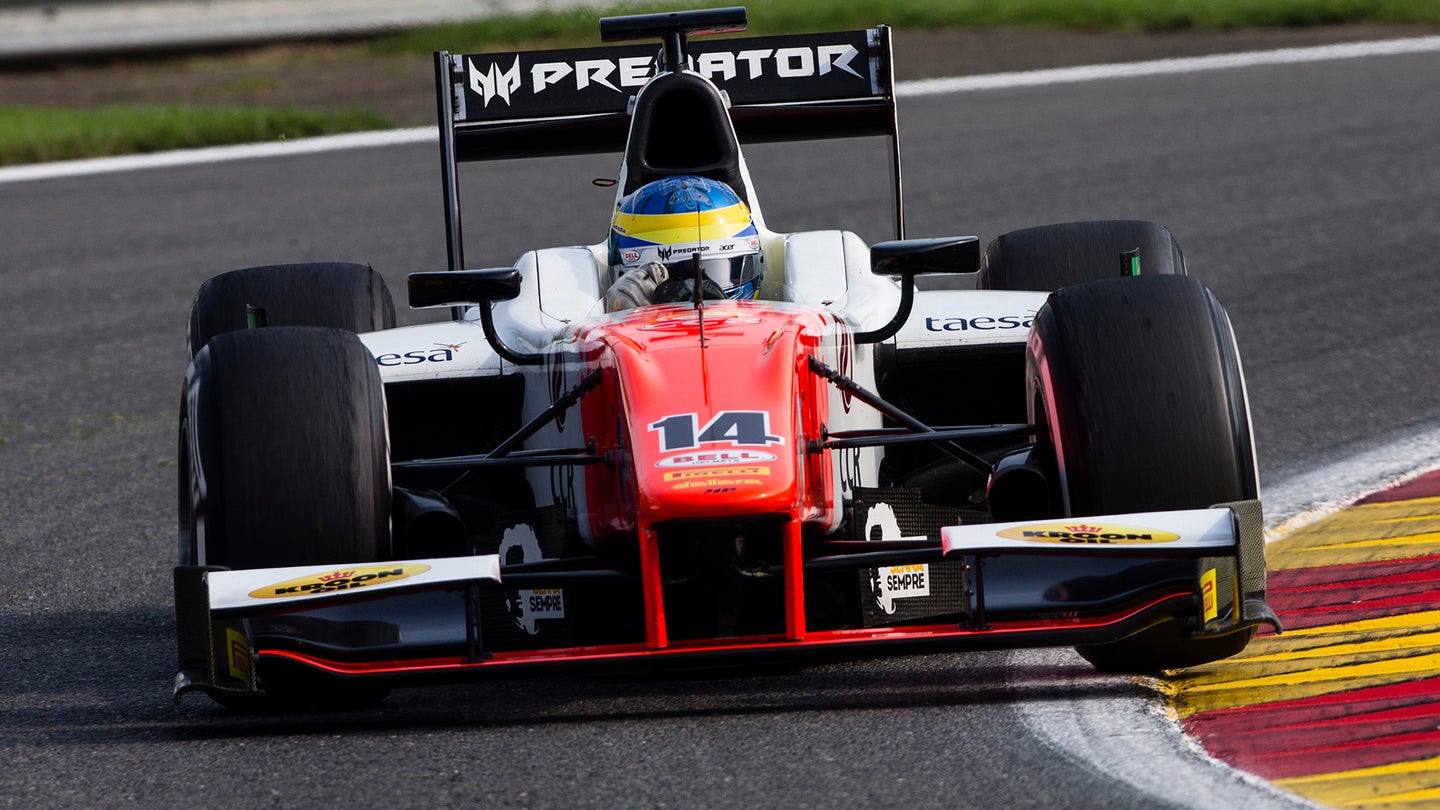 Following Saturday's Formula 2 feature race, the stewards were very busy. First, they gave Artem Markelov a five-second penalty for passing Oliver Rowland off the track in the last corner of the last lap. Second, they gave Rowland a five-second penalty for forcing Markelov off the track. Third, and most importantly, they disqualified race winner Charles Leclerc and third place Rowland for having too much wear on the skid plank under the car. This handed the victory to Markelov and has Leclerc and Rowland starting from the back of the grid for the sprint race.

As ridiculous as that all sounds, those are the rules. Sometimes it works out in your favor, sometimes they bite you in the ass. There's nothing a driver can really do except keep racing.

After the shake-up, the points in the title battle sat with Leclerc still on top with 212 points. Rowland had 158 points in second place and Markelov made a huge jump to being a contender again with 150 points.

Markelov would start the sprint race from eighth place, giving him a huge opportunity to get closer to, or ever pass Rowland in the championship standings.

At the start of the sprint race, Norman Nato was on pole but had his lead stolen by Sergio Sette Camara who started third. Nyck De Vries started fourth and jumped up to second by the first corner. Roberto Merhi had started second, but slowly dropped back, eventually finishing sixth.

Sergio Sette Camara made a brilliant start, threading his way from third to first well before the first corner. After taking the lead, he held off the competition to take his first and well-deserved victory.

Further back in the field, the title battle was in full swing. Leclerc was following Rowland through as they got around a handful of cars in the first lap. On Lap two, Leclerc got around Rowland and pushed forward, passing car after car each lap.

By lap twelve, Leclerc had gained 13 spots, had got around Markelov, and was running in sixth place. Even without a win today, Leclerc was putting on a clinic in passing around Spa. While Leclerc was up in sixth, Rowland was still back in ninth.

On lap 13, Leclerc attempted to pass Merhi for fifth in Les Combes, but they both ran off the road and held position. One lap later, Leclerc got the pass done at the same spot.

At the same time, Markelov retired with a mechanical issue, thus undoing everything he gained with Saturday's gift of a victory. On lap 15, Nobuharu Matsushita had a huge accident at the top of Eau Rouge, bringing out the safety car with just three laps left.

With that, the race was over as the last laps were run behind the safety car. Leclerc finished in fifth after starting nineteenth, with Rowland finishing in eighth. Leclerc extends his championship lead again. He now has 218 points, with Rowland in second with 158 and Markelov in third with 150.

Rowland and Markelov aren't out of the fight yet, but they will both need to beat Leclerc handily in each of the six races in the three remaining race weekends. As we saw with the disqualifications and retirements at Spa, anything can happen.