Sato takes pole and Graham Rahal gives us a ride-along via Visor Cam. 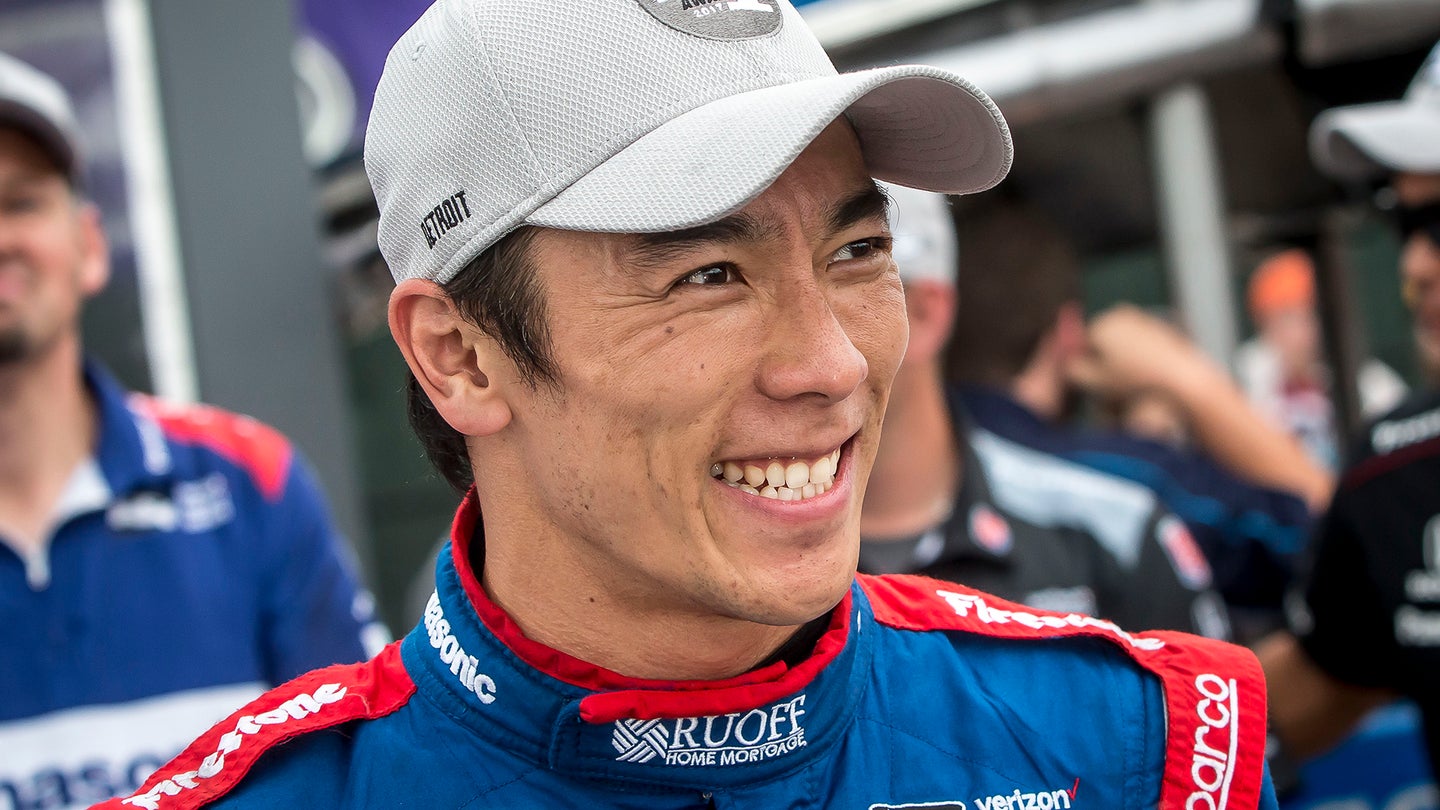 2017 Indy 500 winner Takuma Sato took pole for Sunday's IndyCar ABC Supply 500 at Pocono Raceway. Several crashes disrupted the session with Ryan Hunter-Reay taking the heaviest hit, earning him a ride to the local hospital for evaluation. Hunter-Reay was limping and needed assistance to get into the trackside medical vehicle.

Sato made his pole run right after his teammate, Hunter-Reay crashed. Sato was the final runner for the day and turned in two nail-biting laps that were the quickest of the day. Just minutes apart, the folks at Andretti Racing went from losing one car to putting another on pole for the race. Simon Pagenaud had been holding the quickest two-lap time for most of the session, but Sato topped him by just under one tenth of a second.

Earlier in the session, Helio Castroneves had a big crash in turn two. His car spun around and hit the wall backward and on the left side of the car. The car tried to go airborne but only lifted about halfway up before slamming back down. Castroneves was checked and cleared at the track medical center, but he'll be starting towards the back of the field tomorrow.

Hunter-Reay's accident was very similar to Castroneves'. The car spun around and hit the outside wall. After hitting the wall, his car spun again and headed down the track. The left side of the car made contact again, this time with the inside track wall. After Hunter-Reay was taken to the track medical center, he was transported to Lehigh Valley Hospital for further evaluation.

Sato's pole today is the seventh of his IndyCar career. He'll be looking for his second win of the season after his stunning and hard-fought win at Indianapolis earlier this year. The ABC Supply 500 from the Pocono Raceway is at 2:00 pm ET on Sunday and can be seen on NBCSN.

Finally, if you've even wondered what it's like to drive around Pocono at 220 mph, thanks to IndyCar's Visor Cam, you can. Take a ride with Graham Rahal around the track and see what it takes to keep the car out of the wall. Rahal likes to take a high-line around the track, so you get an up-close look at the wall as he rockets around the track.