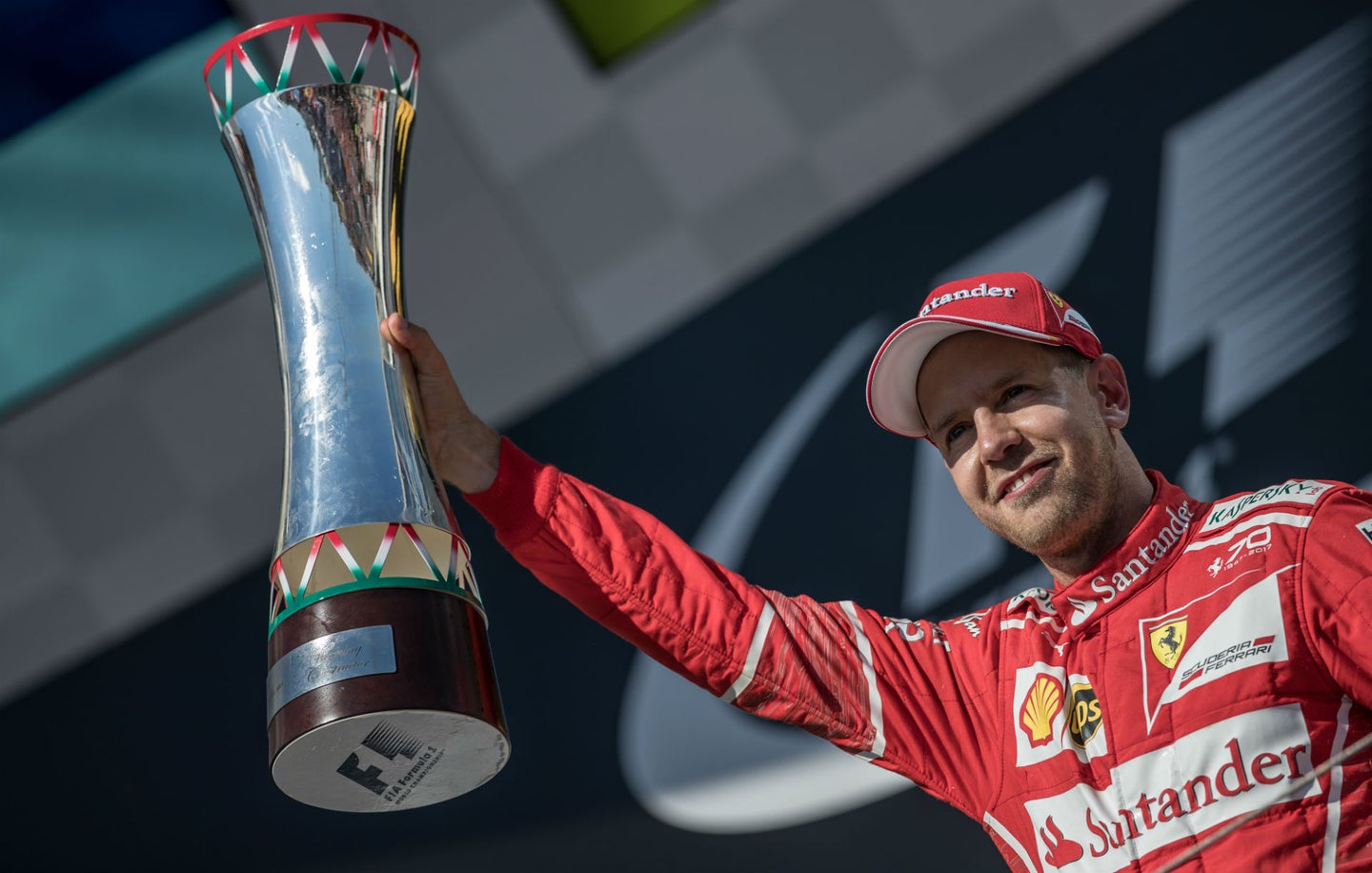 Sebastian Vettel has Formula One's full attention and, at the rate he's performing, there's no reason why he shouldn't. After extending his lead to 14 points following the Hungarian Grand Prix, the Ferrari ace put himself in a good position for the four week break, further distancing himself from Mercedes' pilot Lewis Hamilton. And he has proven in the past that he is exceptionally confident in himself and his team, but others are surprisingly certain about him as well, including the motorsport advisor of rival team Red Bull F1 Dr. Helmut Marko.

Marko has plenty of experience with Vettel, serving as his boss for the driver's wildly successful five year stint with the team. In a recent report from Motorsport.com, Marko claimed that he's got his money on the four time world champion, explaining, "I believe in Vettel, because I know his mental strength—and Ferrari has raised its game."

He went on to praise Vettel's capabilities, using his first-hand knowledge to infer that he will be the one to beat during the season's second half.

“Seb will use this summer break to come back even stronger. That’s how I know him.”

While Marko remains hopeful for his team upon returning at Belgium later in the month, he understands that they are facing some especially tough issues. Red Bull's Renault-sourced engines have proved unreliable throughout the first half of 2017, even leading to four of Max Verstappen's five DNFs. Gambling on power and losing on consistency hasn't played out well for the team, but according to team chief Christian Horner, they've been able to dial in the rest of the car successfully.

"I think we’ve probably found a couple of tenths from the start of the season," he claimed. "I think Renault are behind the targets that they’ve set themselves but they’re working very hard and again the others didn’t stand still."