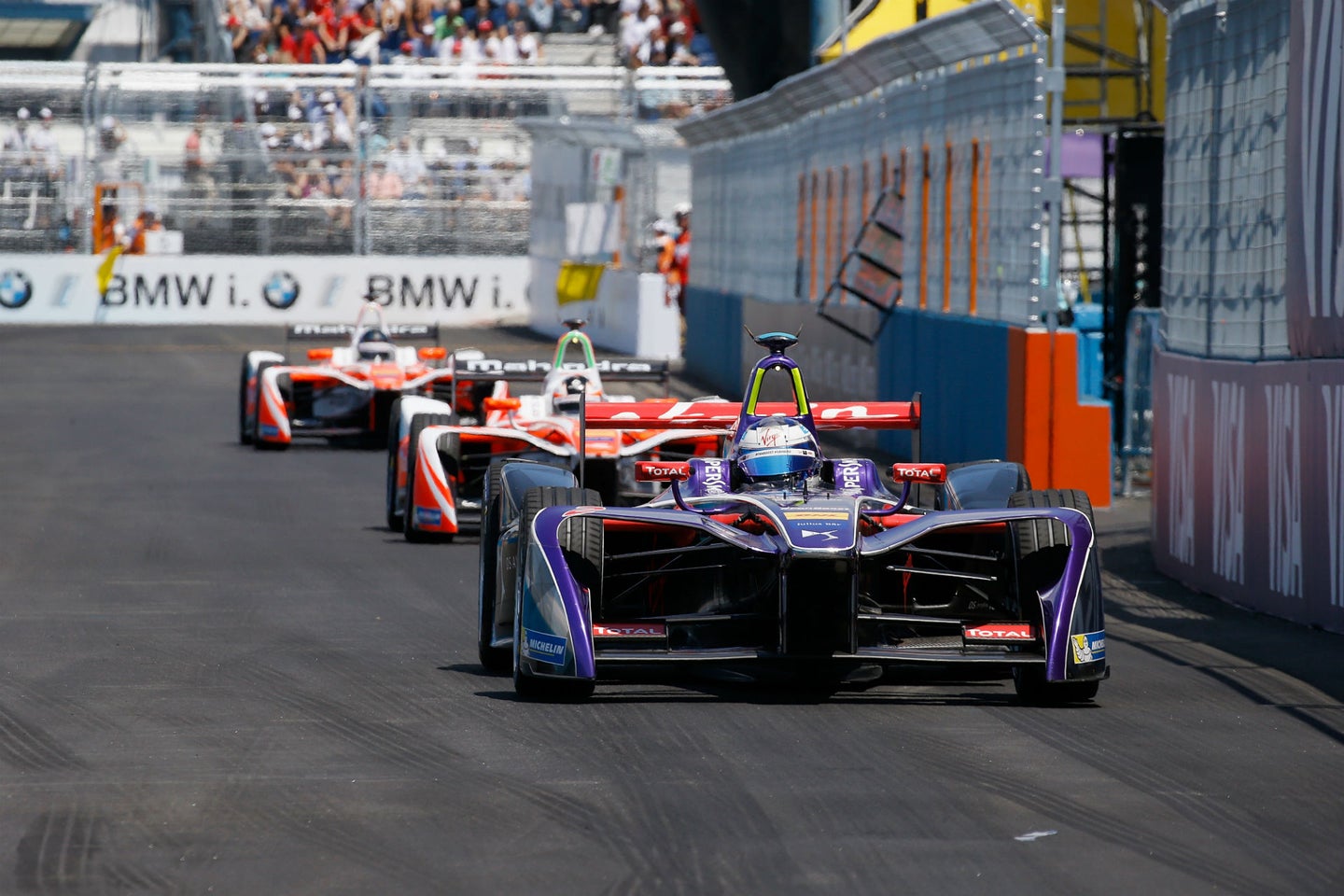 Formula E has been building steam with manufacturers flocking to the all-electric series from other well-established groups like WEC and DTM. A heavy dose of European teams including BMW, Audi, Mercedes, and Porsche have helped to grow the field to an especially competitive level, and now, officials are looking to add more Japanese and American manufacturers in the future, according to Motorsport.com.

Series boss Alejandro Agag has been an enigmatic leader for the still-young Formula E, and his ambitions have served the competition well. He's been known to have a large hand in FIA dealings, and now, he looks to draw in even more players to the starting grid in the next few years.

“I hope they [Japanese and American manufacturers] are coming soon," Agag said. "Like everyone, I have heard some rumors, but I cannot confirm anything in that sense."

Adding fresh faces from unique locales will help to boost the series' global popularity, perhaps in hope of gaining the same recognition as Formula One and the World Endurance Championship.

“We really want to have a Japanese manufacturer, maybe more than one, and I hope that they will come very soon. For us Japan is a key market, and so we want a Japanese and a U.S. manufacturer. These are the two pending countries in terms of this. If we get one from Japan and one from the US, we will be in a very good position.”

A possible long-term option would be Toyota, though it's unlikely that the Japanese automaker will join FE just yet. With sights set on claiming its first 24 Hours of Le Mans victory in 2018 against a dwindled LMP1 category, endurance racing will remain the priority for the team.

“We haven’t had too many conversations with Toyota,” Agag added. “We know them and I visited a couple of years ago when I was in Japan, but we haven’t had anything more than that."

Despite wanting to reign in more teams, Agag doesn't want to step on any toes within the rest of the FIA.

"I don’t want to go too far in inviting more manufacturers because then maybe the other championships will be upset with me.”