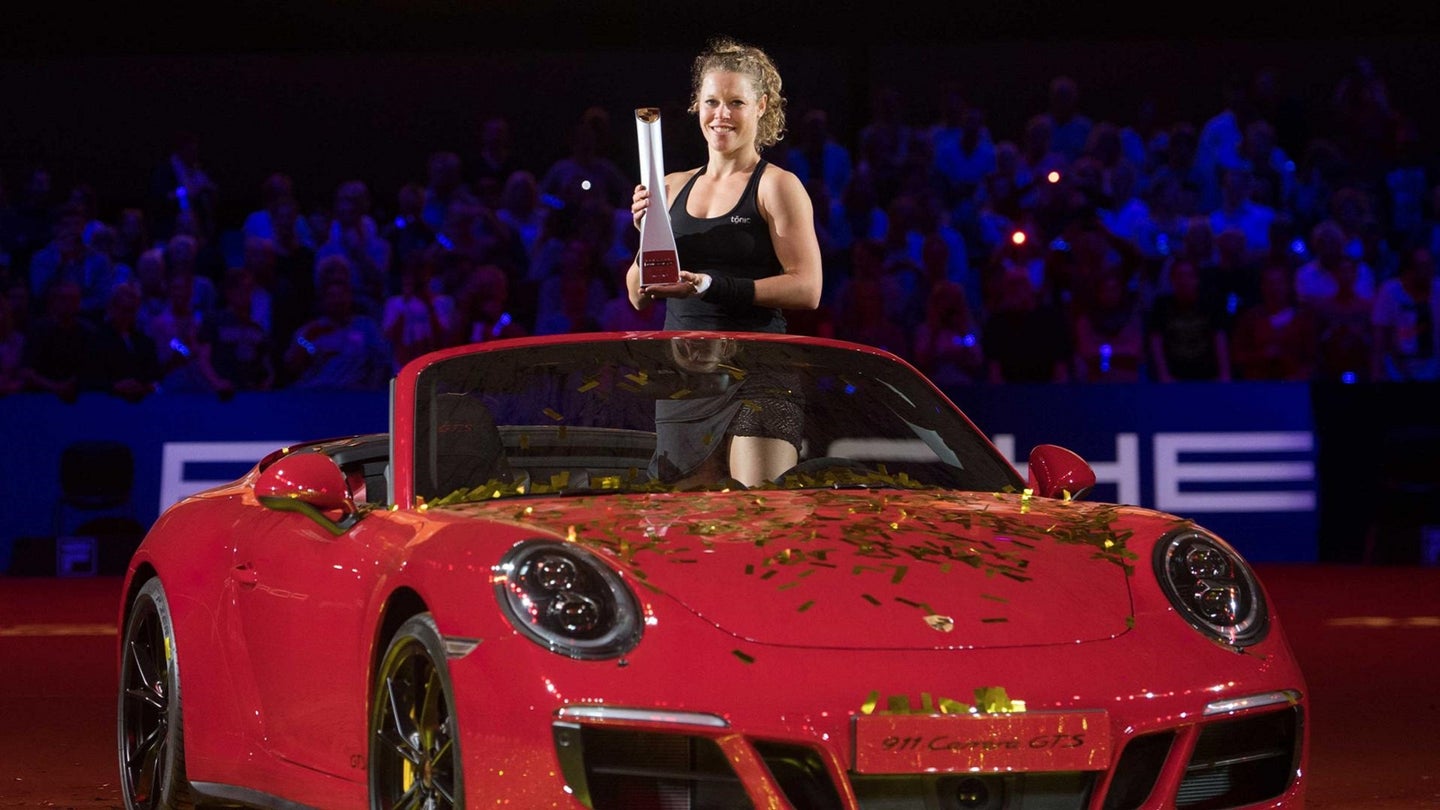 Laura Siegemund, a 29-year-old Tennis sensation from Filderstadt, Germany, won her home tournament this weekend. Not only was it important for the fact that it was one she'd wanted to win since she was a child, but it also meant she won the opportunity to drive home in a brand new Porsche 911 GTS Cabriolet. The tournament held in Stuttgart, Germany has been sponsored by Porsche since 1976, making this the fortieth anniversary of the Porsche Tennis Grand Prix. Just another honor for the young German to have won.

This marks the third year in a row that a German has won the title, following on from Angelique Kerber, who won twice in a row in 2015 and 2016. This is far-and-away Siegemund's most astonishing career victory to date, and has pushed her standings up into the top 30 players worldwide. “Winning here is an unbelievable feeling,” she said, “The Porsche Tennis Grand Prix is the nicest tournament on the tour.”

This competition was no mean feat, as Laura had to dig down to the very bottom in order to come out on top. As the final match began, she'd already won four long and grueling matches, three of which had been against top-10 tournament seeds. The final match pitted her against Kristina Mladenovic, who has already won 22 matches on this tour, and took the title at the St. Petersburg tournament. Siegemund took the first set 6-1. Mladenovic took the second set 6-2. The final round came down to a tie-break after an hour and 21 minutes of enthralling racketplay. Ultimately Laura closed out the set with her first match point.

Confetti rained down from the heavens, and she was presented with the keys to a new Porsche, as presented by Oliver Blume, Porsche's executive board chairman.

“Laura really has played some outstanding tennis this week,” praised Tournament Director Markus Günthardt. “The way she plays, she gets the spectators right behind her and she deserves the win.” Praise for the tournament also came from Steve Simon, CEO and Chairman of the WTA, who said, “The Porsche Tennis Grand Prix has been a highlight on the WTA Tour for many years now. The anniversary tournament has however topped everything and set new standards.”

We chat supercars and Bentleys with the tennis demigod and her pal, Chelsea Handler. Then, try to return a Sharapova serve. That last bit turned out exactly how you’d expect.

A convertible to get to the courts, and sneakers that won’t scuff.