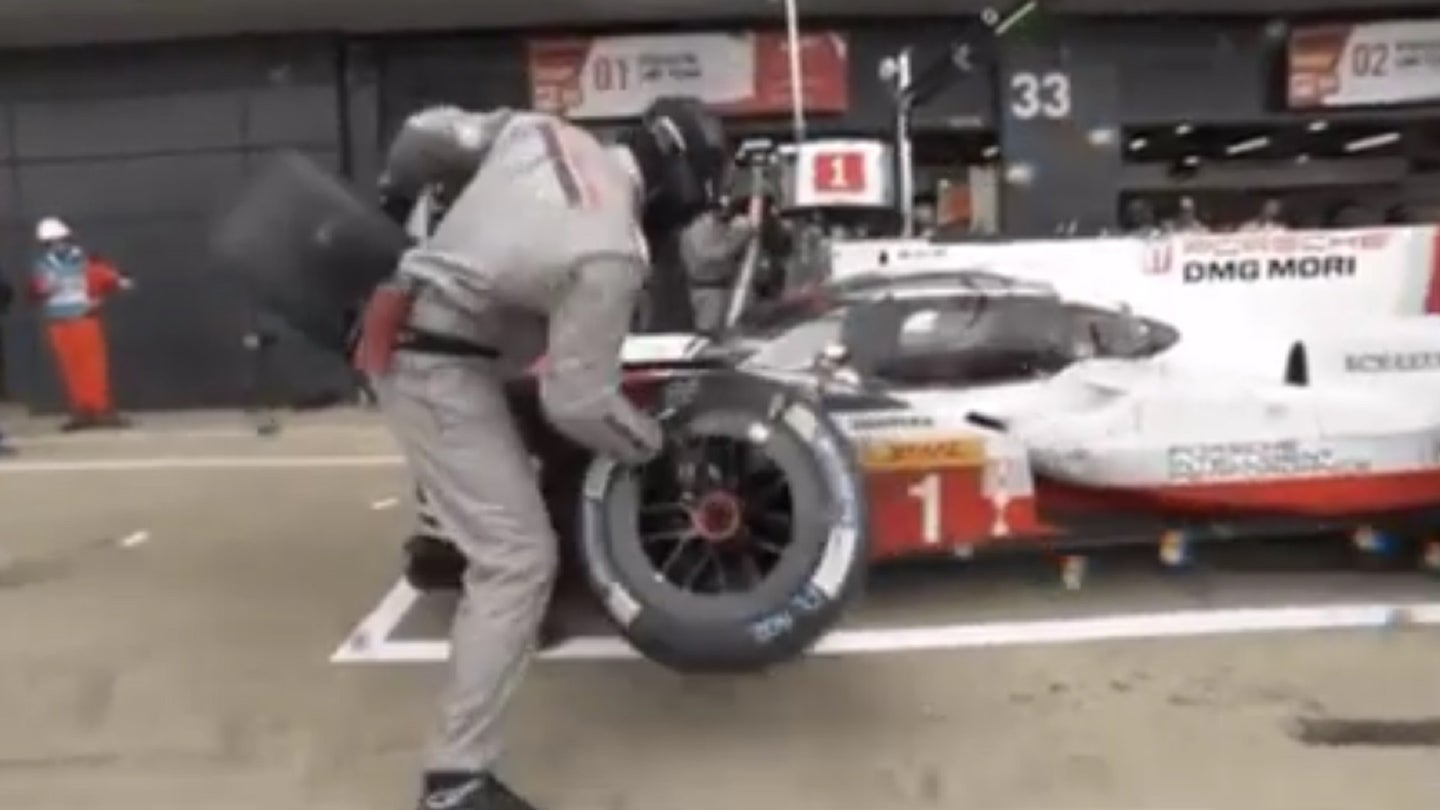 When you're changing tires for a top-flight LMP1 team, you try to find every advantage possible. A second gained in the pits while stationary can be equal to several car-lengths on the track at speed. During the off-season, the Porsche pit stop team likely spent more time drilling pit stops than they did sleeping. That kind of work and effort has proven lucrative when they can pull off stuff like this. Porsche's pit stops were flawless all weekend and this short clip is indicative of why they're two-time defending WEC champions.

During a short bout of rainfall, the #1 Porsche 919 Hybrid shot into the pits for a regularly scheduled stop, and opted to take on intermediate rain tires (indicated by the INT scrawled across the face of the tire). For maximum effect, the front left tire changer, standing directly in front of the world-feed camera man, completely bossed his designated task. One handed tire changes. The gauntlet has now been tossed down, and it's up to the other tire changers to pick it up or admit they aren't as cool as this guy, or as good at their jobs. Obviously a racing wheel is a good bit lighter than whatever is on your street car, but I'm reasonably certain I couldn't manhandle 30-ish pounds of wheel and tire like that. Just look at how he slams it onto the hub with authority. This is the 360 no scope of sports cars.