​​​​It’s a huge project, but for someone like ‘The Captain’, nothing has ever been too big 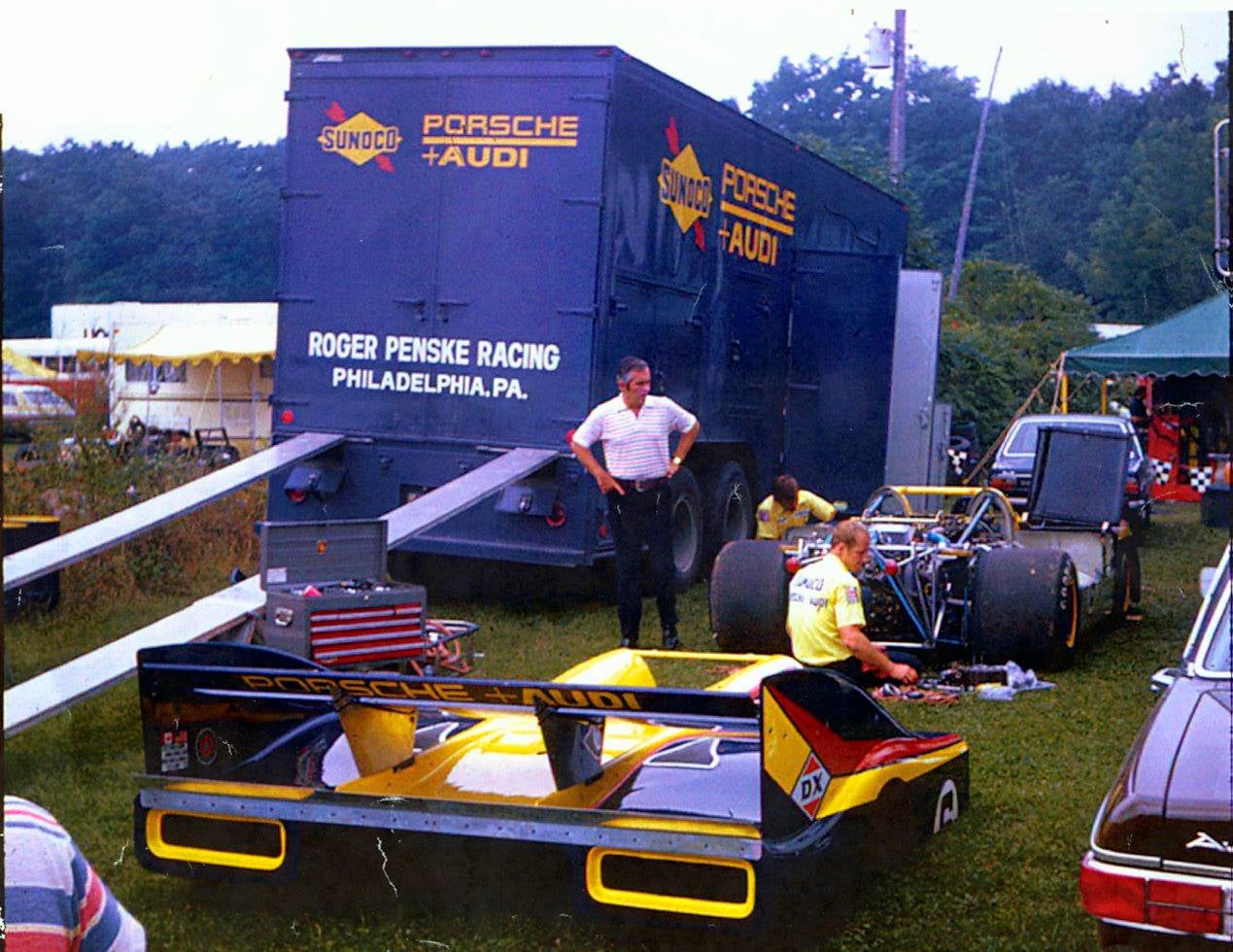 Roger Penske turned 80 years old on Monday. What do you get for the international mogul, racing team owner, billionaire-that-has-everything? This year, the team went big, really big, with his birthday gift, as he was presented with the fully restored transporter truck that his team used during their successful 1973 SCCA Canadian-American Challenge Cup championship season. Penske, with driver Mark Donohue in the now-famous Sunoco-liveried Porsche 917-30, won six of eight rounds of the championship and more than doubled the points scored by George Follmer who took second place in the championship. This truck hauled their Porsche across the country, from Watkins Glen to Laguna Seca. This is a gift with meaning, with substance, and with a lot of thought put into it.

Beginning life as a custom-built International Fleetstar, the truck quickly became known within the team as "The Blue Hilton", and was one of the earliest examples of an enclosed transporter truck used for racing purposes. Penske, ever the resourceful man, used this same truck in various capacities from 1972 through 1983, including driving the team to Indianapolis for Mark Donohue's 1972 Indy 500 victory (the team has since won that race 15 additional times).

Tim Cindric, Team Penske president, had this to say about the project:

After we confirmed that it was, in fact, the Blue Hilton that was for sale, I called Brian Hard (president, Penske Truck Leasing) and we agreed that we had to find a way to bring her back to life. This transporter was there when the foundation was laid for Team Penske and it is symbolic of the way in which we operate today. Everyone at PTL did an unbelievable job restoring this vehicle. I can't wait for Roger to see it in person, as it is something he will cherish.

The truck, along with it's "White Hilton" sister truck, was named after the hotel chain because of the sleeper-style cab that allowed the driver to get rest inside the truck without stopping for lodging. Mark Donohue, in addition to being an excellent driver, was also a keen engineer, and helped design the 'Hilton' trucks for the Penske Team's needs, keeping efficiency and functionality in mind, while also working with simplicity.

The truck was liquidated from Penske's fleet in 1983, and was thought to have been scrapped long ago. That is, until a long-time Penske employee, Jerry Breon, spotted a listing that noted the truck for sale in the fall of 2015. As it turns out, a Mr. George Boyd purchased the truck and used it as his own racing transporter before parking it on his property and retiring it from use. It had sat there unused all those years and was in quite a state when Penske got their hands on it again. The truck was towed to the Penske Truck Leasing Collision Center in Fort Wayne, Indiana for a complete overhaul. Taken down to a bare frame, the truck was treated to an 8000 man-hour restoration.

Bernie King, Team Penske historian, had this to say:

When you talk with the crew members that drove and worked out of this transporter over those years, and you look at the photos from the many cars it carried, you see how the Blue Hilton was an integral part of our history. It's certainly very much a part of the Team Penske heritage. Everyone at Penske Truck Leasing that was involved did a fantastic job of restoring this truck to how it was when it ran and carried many of the team's winning cars.

The freshly restored and presented Blue Hilton will be on display at the Team Penske headquarters in Mooresville, NC. It's safe to say that Roger loved this blast-from-the-past gift.