A replacement for the 911 RSR is coming, and it might be wilder than you thought. 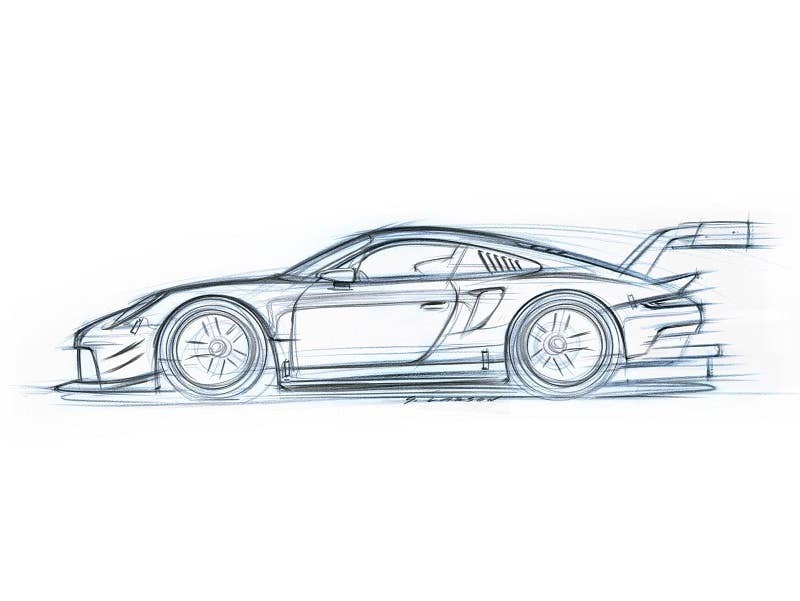 For months we've been teased by spy photos, rumors, and hear-say regarding Porsche's new GTE competitor. Porsche issued a set of teaser images themselves a couple of months ago, but were very careful to only show the car during a testing session from the front, refusing to show it in profile. This, because Porsche knew that they'd be giving away the fact that the new 911 RSR replacement would have the engine mounted amidships rather than its traditional rear-mounting. This is a departure from tradition for Porsche, though of course not the first time it's been done, as the 911 GT1 competed at Le Mans from 1996 to 1998 with a mid-engine platform as well. This time, however, it's less about engine placement affecting weight balance as it is about aerodynamic balance. You see, the FIA's ruleset for GTE competitors (Corvette, Ford GT, Aston Vantage, Ferrari 488, and 911 RSR, currently) allows a very large and very deep rear diffuser that adds a good bit of rear downforce. Porsche's current car cannot take full advantage of that rule as it has an engine where other competitors can have a diffuser. Modifying the 911 RSR's chassis to move the engine and transaxle further forward would allow Porsche to build that larger compliant diffuser and regain some lost ground on the competition.

This brand new racing car is set to make its debut at the LA Auto Show in the morning, during a press conference held in Petree Hall at the convention center at 10:15 AM PST. The new car will replace the outgoing 911 RSR that has been racing since the 2013 season, which is likely a good move as Ford and Ferrari both debuted new cars for the 2016 season, while Corvette and Aston Martin debuted significantly updated versions of their 2015 cars. Where Ford and Ferrari have both taken advantage of turbocharging, it seems unlikely that Porsche will follow suit. Based on the pre-season testing videos that have been captured by 'spies', it would seem that Porsche will retain their venerable Mezger-based naturally aspirated flat-six, an engine which has been developed in racing applications for decades, even though it has not been used in a production street car since 2012. Porsche, however, is known to keep their cards close to their chest, so we may all be surprised by a forced-induction racing engine tomorrow morning. I'll be holding my breath with antici... pation.

For an early look at the new car, check out the video below captured by 'Lanky Turtle' and posted to YouTube late last month. This depicts two cars testing at Sebring International Raceway.