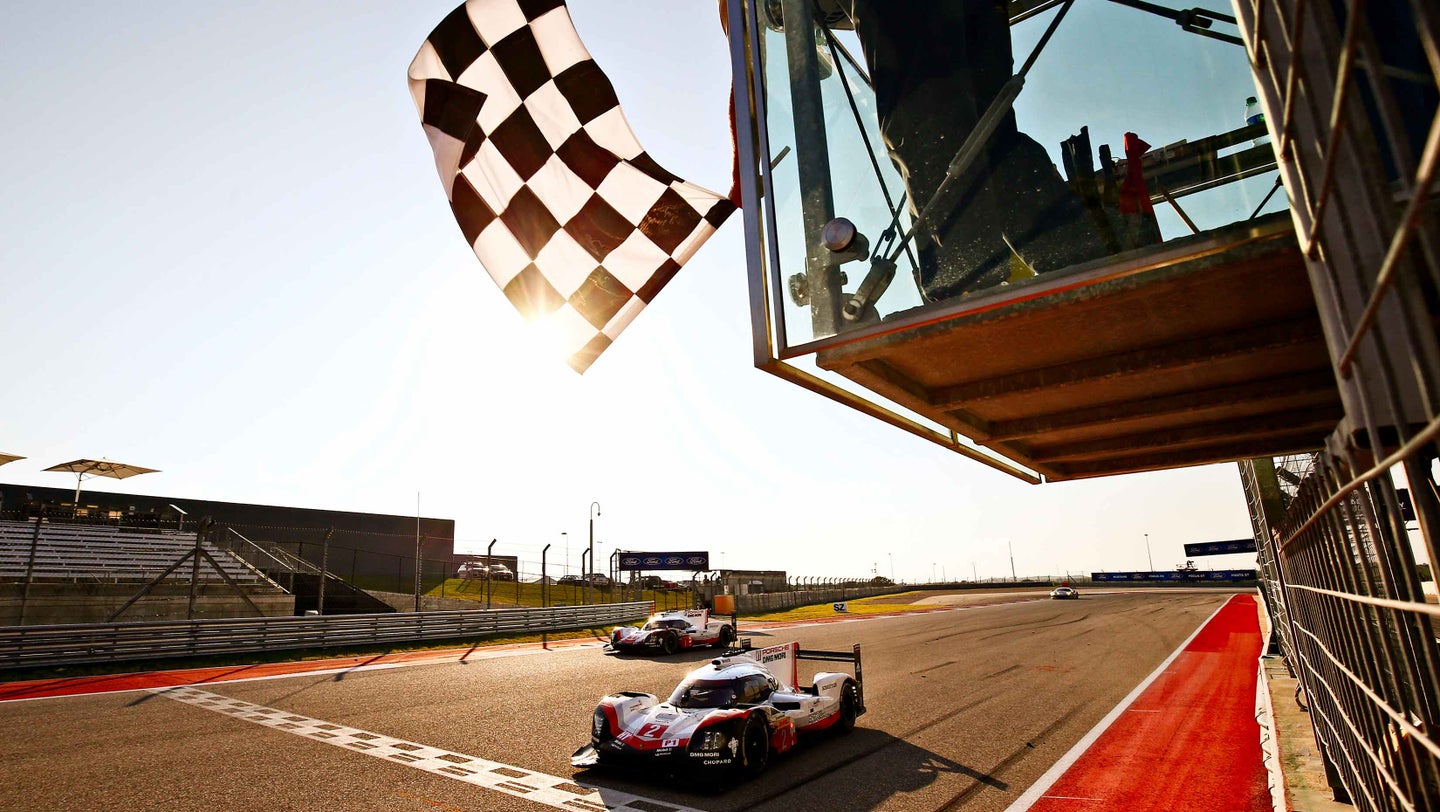 Porsche's final trip to the USA as LMP1 manufacturers was a successful one as they secured a 1-2 overall victory in extreme Texas heat at Circuit of the Americas to extend their points lead to 73.5 points over the Toyota team. This victory for Early Bamber, Timo Bernhard, and Brendon Hartley marked Porsche's 17th overall victory since the 919 Hybrid program began in 2014, and the 7th time they came home in first and second. While the final stint began with the #1 car (Jani/Lotterer/Tandy) in the lead of the race, they later conceded the victory to the #2 team (Bamber/Bernhard/Hartley) in order to help them garner more points in the championship standings.

This race involved quite a lot of interesting strategy, because of the heat, that has not been seen in other races this season. As the track was so hot, the series limited driver stints to just 80 minutes, and considering fuel stints are nearly an hour, double stinting drivers would be impossible. Combined with the fact that the tires were getting overheated, but needed to be double-stinted because of tire limits, there were quite a few interesting strategies taken. Toyota had an advantage on tires, getting them closer to Porsche and the victory than they've were at the most recent round in Mexico.

How the race went for car number 1:

Neel Jani started the race from pole position, and quickly built a solid lead of over ten seconds. The first stint of a race is always shorter than others due to warm up laps and whatnot, Toyota decided to double-stint their tires on the first round while Porsche changed theirs. Toyota came out ahead at the first stop. Jani handed off to Lotterer who had to fight hard with Toyota's José Maria Lopez to take over the second position. At the second stop, Lotterer hands off to Tandy, who stays on the same set of tires and gets out with the lead where he stays for the full stint. At the third stop, Tandy hands the car back to Jani, having built up enough of a lead to take tires and not lose first. Another cycle through of Lotterer and Tandy sees the car in second place, having been overtaken by the #2 car. In their final pit stop for a splash of fuel, Tandy retakes the lead of the race from the team car, and concedes the position back with 4 laps to go.

How the race went for car number 2:

Timo Bernhard started the #2 car from second place, and was quickly overtaken by both Toyotas on the first lap, coming out of the gate with a very nice start. At the first stop, Porsche puts new tires on the car and pops Brendon Hartley into the driver's seat. During his stint, Hartley took third position from the #7 Toyota on older tires, shortly afterward handing the car off to Earl Bamber, who keeps the same tires for a time advantage in the pits. Bamber rejoins in 2nd as the Toyotas take new tires, temporarily loses out to Kobayashi, but then recovers to retake second. At lap 90, Timo Bernhard gets back in the car and dices quite handily with Toyota's Mike Conway. Cycle through Hartley and Bamber again, and the #2 car comes out of its final pit stop in second just 10 seconds behind its sister car. With just 4 laps to go, the two Porsches swap spots to give #2 the victory and the points advantage. 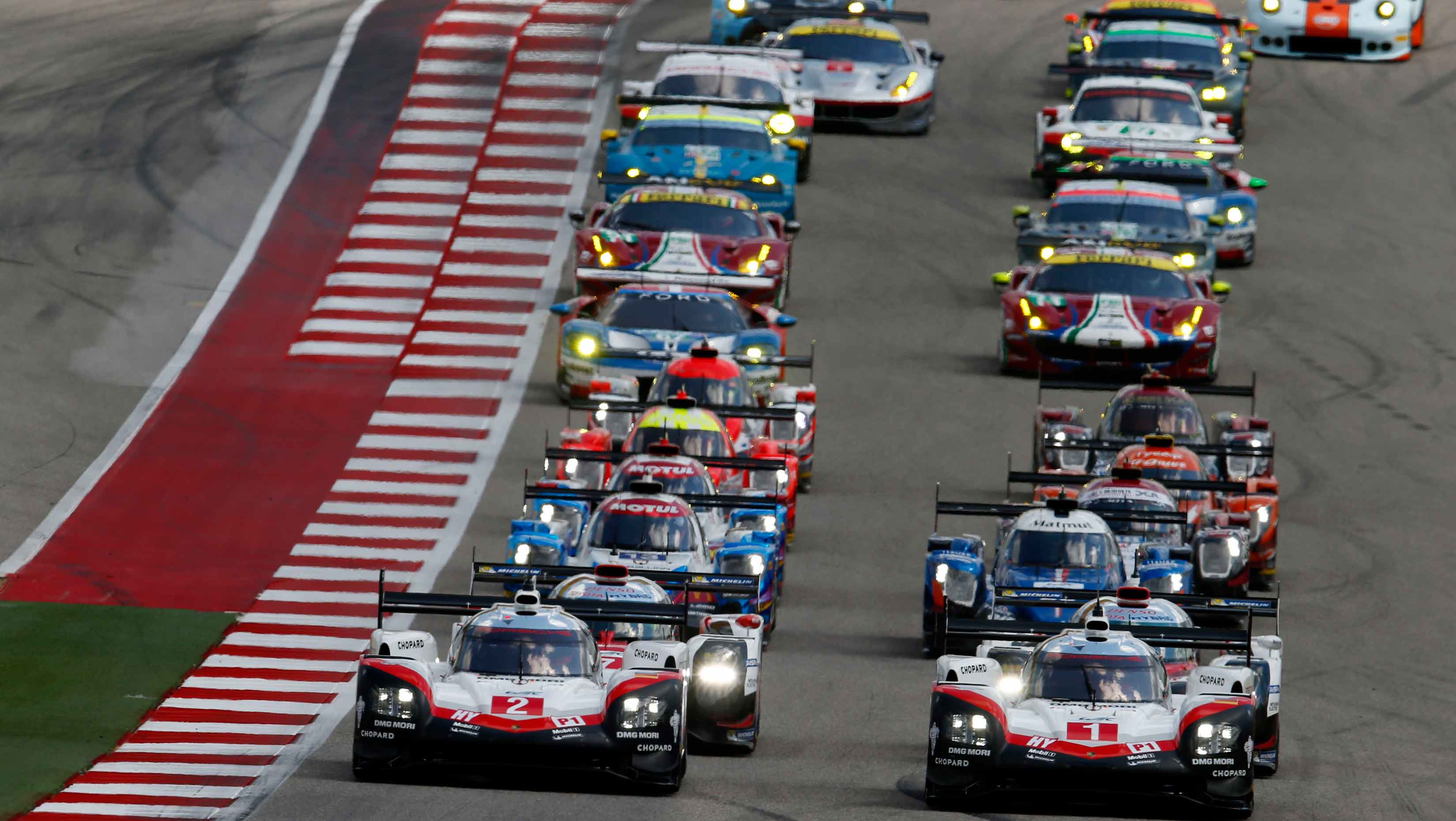 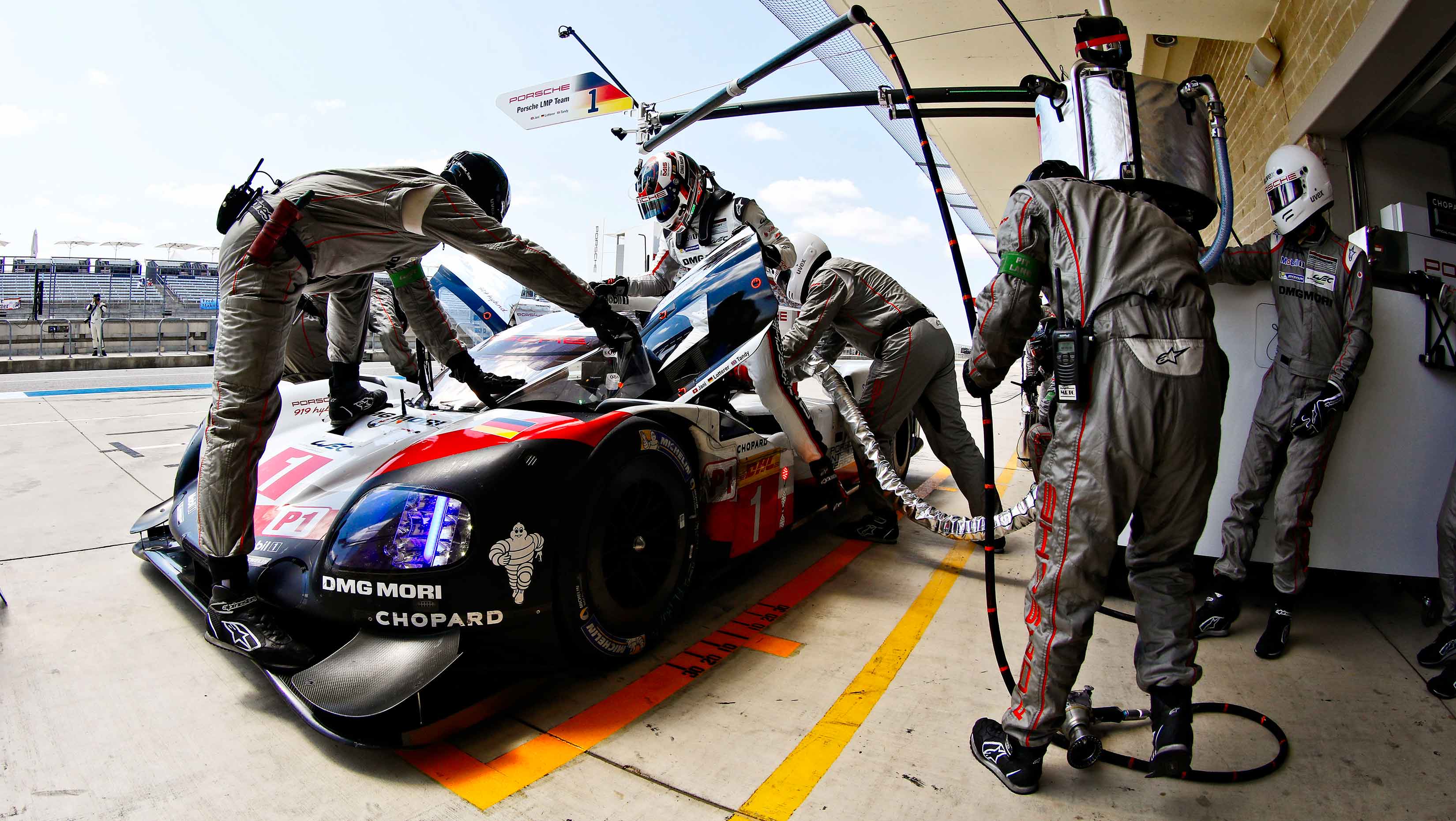 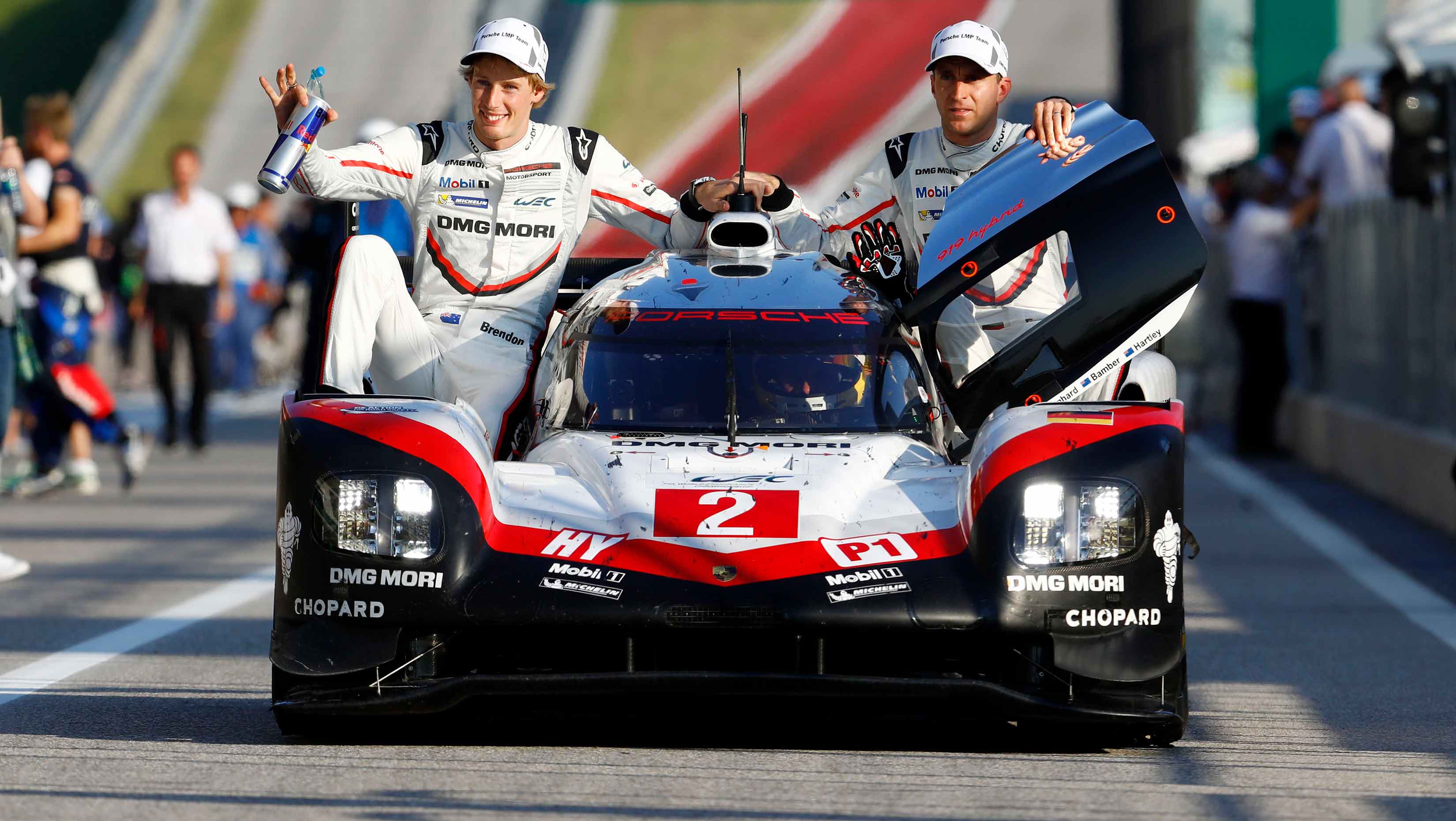 Fritz Enzinger, Vice President LMP1: “Our fourth consecutive race win is the result of a hard fight as Toyota was a strong competitor. It was a difficult race in incredible heat. Thanks to Porsche, the LMP team at home and here at the race track as well as to our tremendous drivers. We have again moved closer to our target: to defend both championship titles.”

Andreas Seidl, Team Principal: “After the pole position yesterday, the crew of the number 1 Porsche produced a superb race today. There is no doubt they deserved the race win. Congratulations to the team of the 919 Hybrid number 2, they made the next step towards the title win. Today we experienced a very, very close race with Toyota. Thanks to an errorless and perfect performance of drivers and team, faultlessly working cars and the right decisions at the right time, we managed the day despite the high temperatures. Our joint hot weather test with tyre partner Michelin in Barcelona paid off. For the entire weekend, we’ve had the better package. Now we are preparing for Fuji, where we expect another close battle with Toyota.”