Why Would Porsche Leave LMP1?

With some recent rumors circulating that Porsche would leave LMP1, we discuss the various reasons this might be true, and try to refute them. 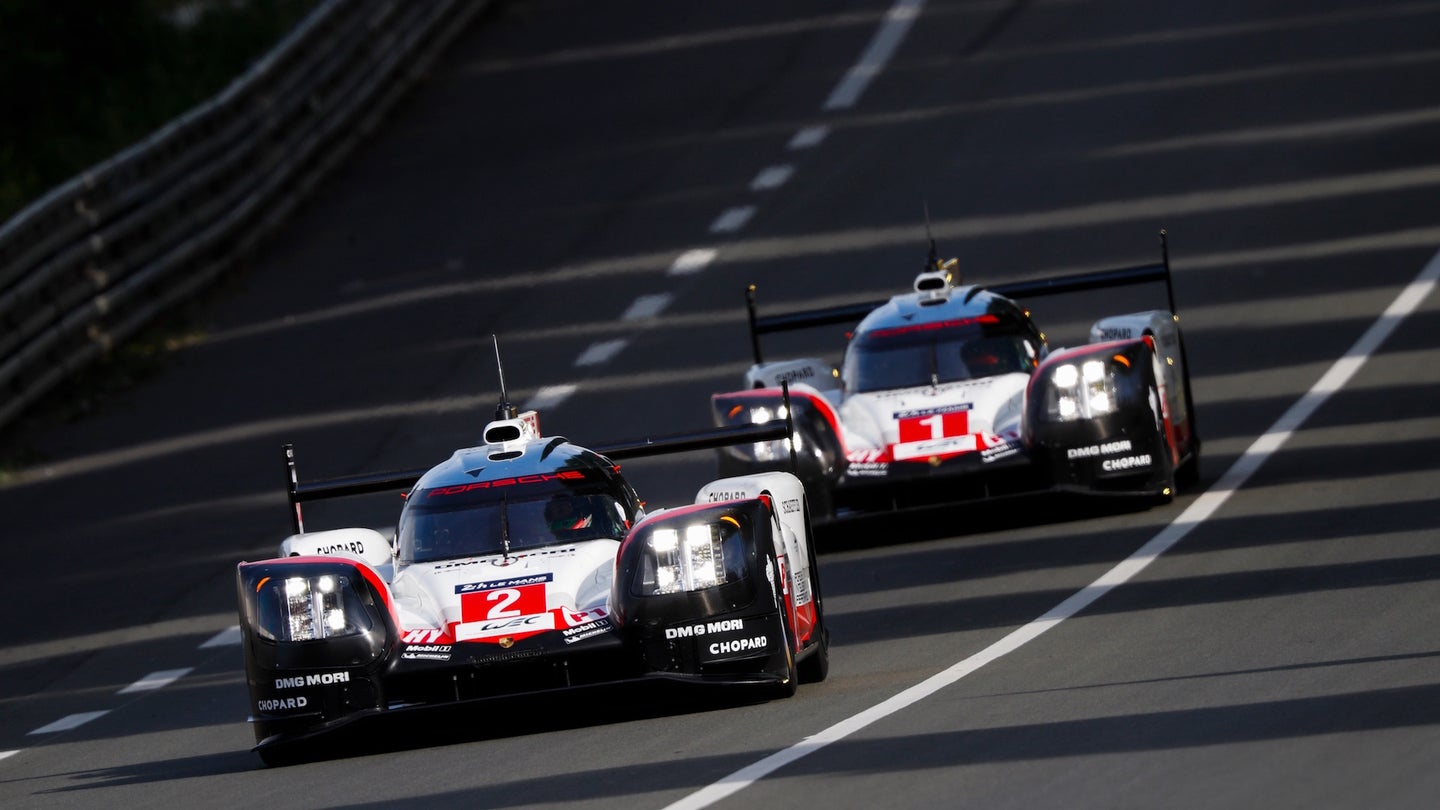 The rumor mill is flying with hints that Porsche is pulling out of their Le Mans winning 919 Hybrid LMP1 prototype effort at the end of this season. This is the team's fourth year running the 919 Hybrid, and they've been quite successful with it, winning two Le Mans 24 hour races and two FIA WEC championships in a row. When Audi left at the end of the 2016 season, they cast a long shadow over the future of WEC, and some of that doubt is surfacing as the Le Mans 24 looms this weekend. Is Porsche done with WEC? Is Toyota done with WEC? If one of them leaves, will the other immediately follow? While we don't have all of the answers, here are a few things that we can tell you.

1. Porsche says they have not made a decision yet.

The next generation of LMP1 regulations are set to come into effect for the 2020 season, which isn't all that far away. Andreas Seidl, Porsche's LMP1 team principle, wants to wait until at least they see the rulebook for the future before deciding what to do. If the regulations for 2020 are significantly different from current regulations, the team could potentially take 2018 and 2019 as years of sabbatical in preparation for the new car. Similarly, if the upcoming ruleset is something Porsche just doesn't have an interest in building, they could step away altogether.

In recent years there were rumors of Ferrari, McLaren, Peugeot, BMW, and more manufacturers working on an LMP1 program, but none of those have come to fruition. Nissan attempted and failed a few years ago. As things stand, it is quite expensive to develop and maintain a hybrid carbon-monocoque prototype program and run them in a worldwide endurance series. Because of those expenses, as well as the upcoming regulation change, other manufacturers have become reluctant to join the series. If the 2020 regulations removed the requirement for hybrid drivetrains, perhaps development costs would abate slightly, attracting new OEMs to the table. However, if they drop the hybrid development, will the OEMs still care about the class at all? It is a delicate balance.

Seidl told Sportscar365: “I have to say with the working groups we have had in the last month under the leadership of the ACO and FIA, I think some good decisions have been made. Still, it has to be seen once everything gets announced what the interest is of additional manufacturers.”

If no other manufacturers step up, that could also adversely affect Porsche's decision to stick around.

3. Porsche doesn't have much more to prove.

They've already won Le Mans with their current car. Twice. They beat Audi. Twice. The company has 18 overall Le Mans wins, and nobody else even come close to that. Does it make sense for them to stick around? Will a 19th Le Mans title help them sell more cars?

Seidle told Motorsport.com "We received an invitation [to Monaco] from Alejandro Agag to have a look and experience Formula E for the first time. We just had an invitation to an interesting series, though maybe there are not enough technical freedoms yet.”

This is a relatively inexpensive series to run that has been gaining a lot of momentum in recent seasons. Audi, recent FIA WEC evacuee, dumped their LMP1 program for a Formula E schedule. For the 2018/2019 season, Formula E will be dropping the current battery spec that requires car changes half-way through the race, and that could be enticing to a company like Porsche, who have obviously focussed on electric motivation for future products with projects like the Mission E super sedan.

5. Dieselgate is expensive - So is motorsport.

Porsche is VAG's most profitable brand, so it's unlikely that they'll be as affected as any of the others by this diesel shenanigans. With recent implications that Porsche was complicit in the 3.0 liter V6 diesel cheating issue, however, won't look good. At least, unlike Audi, Porsche don't race diesel-powered cars. This all depends on how good their lawyers and PR folks are.

So is Porsche sticking around or quitting LMP1? The short answer is "it depends", unfortunately on a lot of different things.