We do not envy these poor folks. 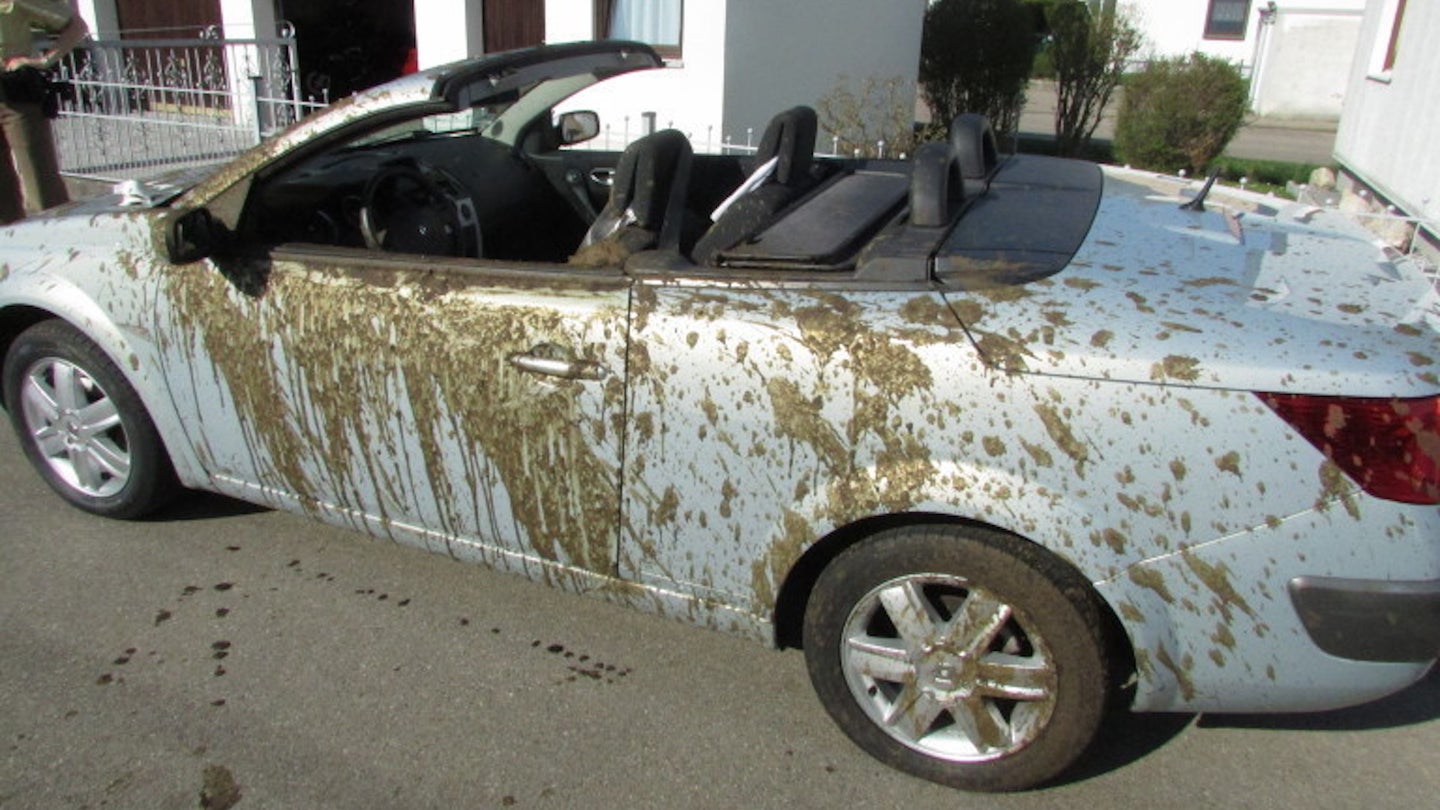 A father and daughter sitting in a Renault convertible in Germany found themselves covered in liquid manure after a trailer lost its load on Saturday, the Associated Press reports.

The gnarly mess occurred in Altomuenster, a town near Munich, according to the report.

The father, 52, who was driving the convertible, and his daughter, 14, were sitting stationary on a highway when the trailer took a turn in its direction, according to the report. Apparently, that turn was so violent that it caused the trailer's load to shift onto the parked Renault.

Police said that the car will most likely be considered totaled following this incident, according to the report. No one was injured in the incident.

Sit back and imagine yourself minding your own business, enjoying yourself with your daughter in your open-top car, then suddenly, you're coated with a massive load of animal feces. Not pleasant, right?

We can definitely feel for these guys.

World’s Longest Racetrack Will Soon Be in Vegas, Not Germany

John Morris is building a proper Disneyland for speed freaks.