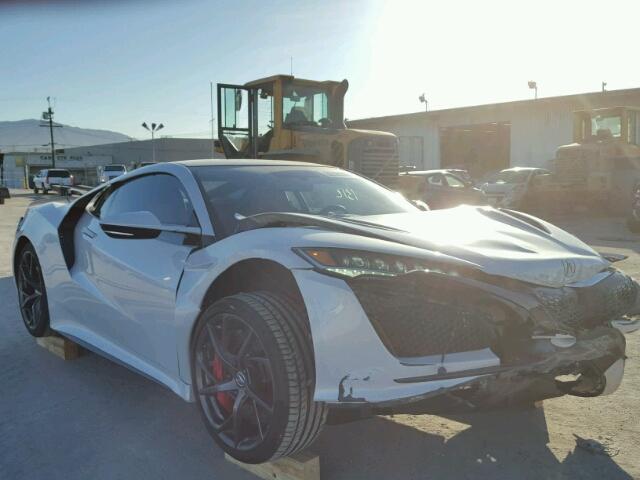 Honda's cars are typically lauded as having higher-than-average resale values. The new NSX is not a typical Honda. Maybe that's why this example spotted on Copart is selling for a measly $72,500 (as of this writing). It's either that or the fact that its face looks like it's been kicked in by the Hulk. Despite its appearance, the Copart listing claims it's still in "Run and Drive" condition, specifically, the vehicle "(i) started, (ii) could be put into gear, and (iii) was capable of moving forward under its own power."

While this might technically be true, we can't imagine this NSX going very far or very fast, especially considering the two electric motors that are located in the front of the car. According to these two threads on the NSXPrime forums, the wreck apparently happened as a result of "spirited driving" in the rain, proving that super advanced four-wheel-drive and all the electronic nannies in the world is still no match for driver error/overconfidence.

Considering the position of the almost-certainly-damaged and not-cheap-to-replace front motors and the fact that the driver's airbag has deployed, getting this NSX to true "run and drive" condition will be an expensive endeavor. If NSXPrime forum posts are to be believed, the owner already has a replacement NSX on order. Must be nice.