U.S. Transportation Secretary wants to “strike the right balance,” says automakers need to explain the technology’s benefit to the public. 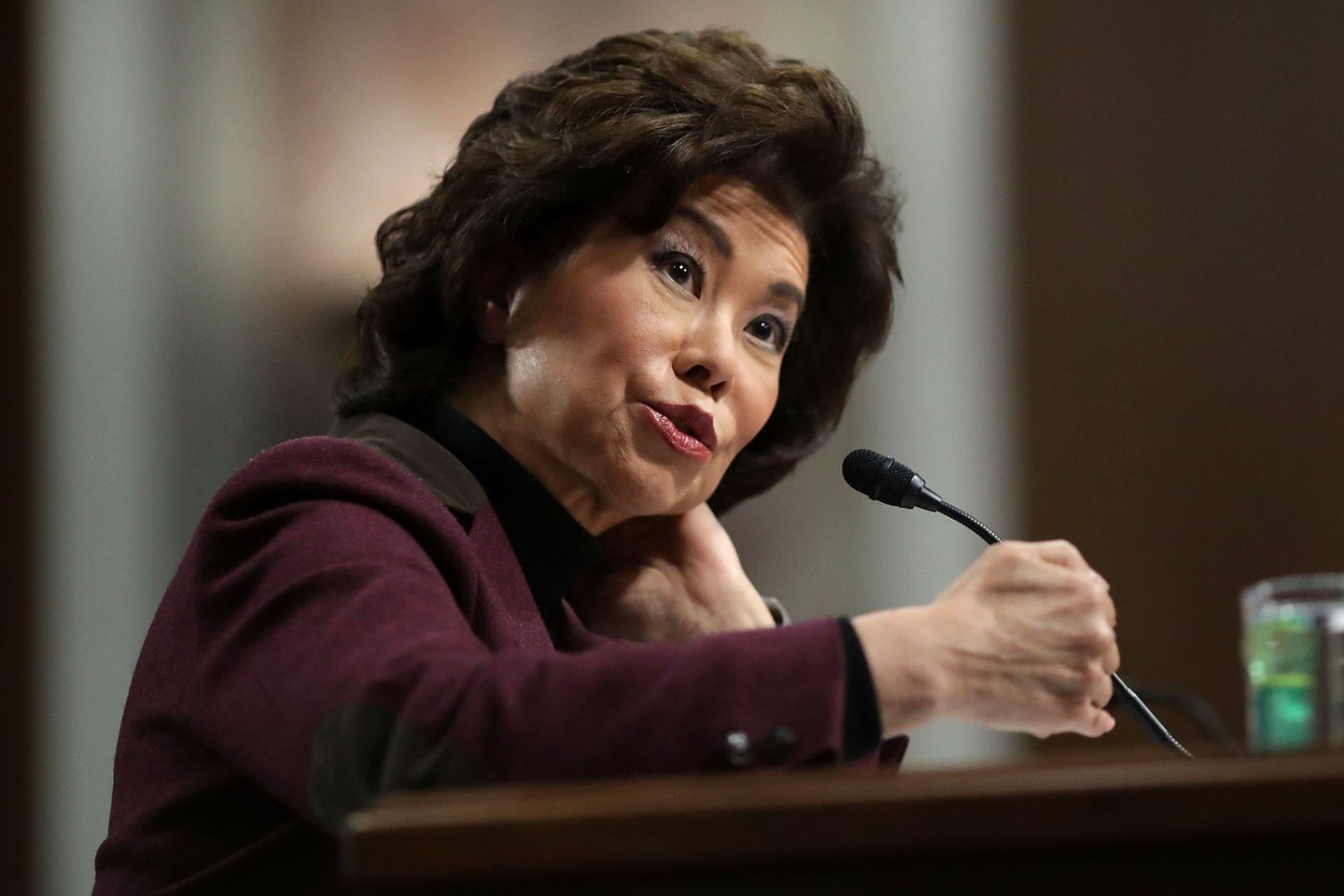 Over the weekend, U.S. Transportation Secretary Elaine Chao announced that she was reviewing the guidance on self-driving vehicles that the Obama administration had put into place in September 2016, Reuters reported. She also added that automakers developing the self-driving technology should explain its benefits to a public that's wary of the technology.

After Donald Trump won the presidential election in November, several major automakers urged his incoming administration to revisit the self-driving car guidance, which they claim impedes the development of autonomous technology. The guidelines require automakers to submit a 15-point "safety assessment" to regulators that details their self-driving systems and "urge states to defer to the federal government on most vehicle regulations." Apparently, this could cause months of testing delays.

Chao said to the National Governors Association yesterday, "This administration is evaluating this guidance and will consult with you and other stakeholders as we update it and amend it, to ensure that it strikes the right balance." She added that the Trump administration wants to make sure that the guidance "is a catalyst for safe, efficient technologies, not an impediment."

"In particular," Chao said, "I want to challenge Silicon Valley, Detroit, and all other auto industry hubs to step up and help educate a skeptical public about the benefits of automated technology."

Though Chao and the Trump administration ultimately seem to be in favor of the development and proliferations of self-driving technology, she noted her concern for what the technology's implications are with respect to employment, given that there are millions of driving-related jobs in the country.

Washington insider with strong ties to big banking to take over the D.O.T.