Tesla Changing Autopilot to Stick to the Speed Limit

Luckily for highway speeders, however, the change only applies to smaller roads. 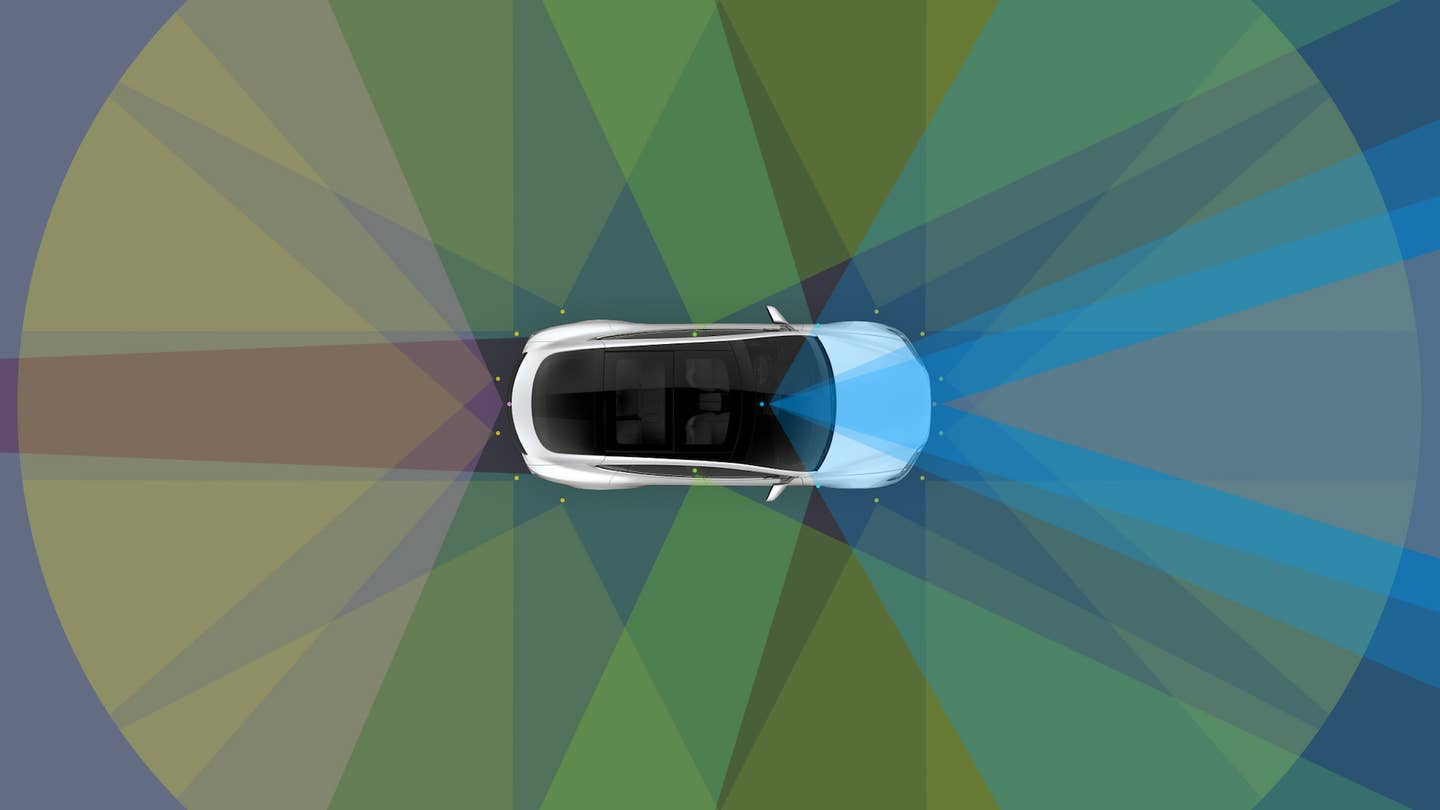 A new software update being rolled out to Teslas is preventing owners from setting their cars' semi-autonomous driving functions to super-legal speed while on smaller roadways, according to reports.

Tesla is changing Autopilot so that while traveling on non-divided highways with the system active, cars can't go above the speed limit at all, Electrek reported. Previously, owners could set their cars' semi-autonomous Traffic-Aware Cruise Control Autopilot function to push above the limit by as much as five miles per hour, but no more. Autopilot highway cruising remains limited to a top speed of 90 mph.

Some Tesla owners reportedly began seeing the update hit their cars as early as last week.

On Wednesday, Tesla started rolling out another new update, version 8.0.2. This new version improves Tesla's in-car maps to list points-of-interests near Supercharger locations, making it easier to plan road trips directly through the in-car nav. Those POIs include things like shops, eateries, bathrooms, and wi-fi locations. The update also allows Tesla owners to assign driver profiles to specific key fobs, so that seat and steering wheel configurations are automatically set to that driver's preferences.

Tesla owners are currently waiting on an Autopilot update from Tesla that will unlock some of the semi-autonomous driving functions that were disabled for the latest production vehicles, when the electric carmaker has been building with all the hardware needed for fully autonomous driving pre-installed. On Nov. 26, Tesla CEO Elon Musk tweeted that his company would begin enabling the features in "three weeks and it will get rolled out incrementally in monthly releases." (That said, Tesla isn't known for always being on top of its deadlines, so don't be surprised if that winds up being a bit delayed.)