This thing looks to have one hell of a wide front end. 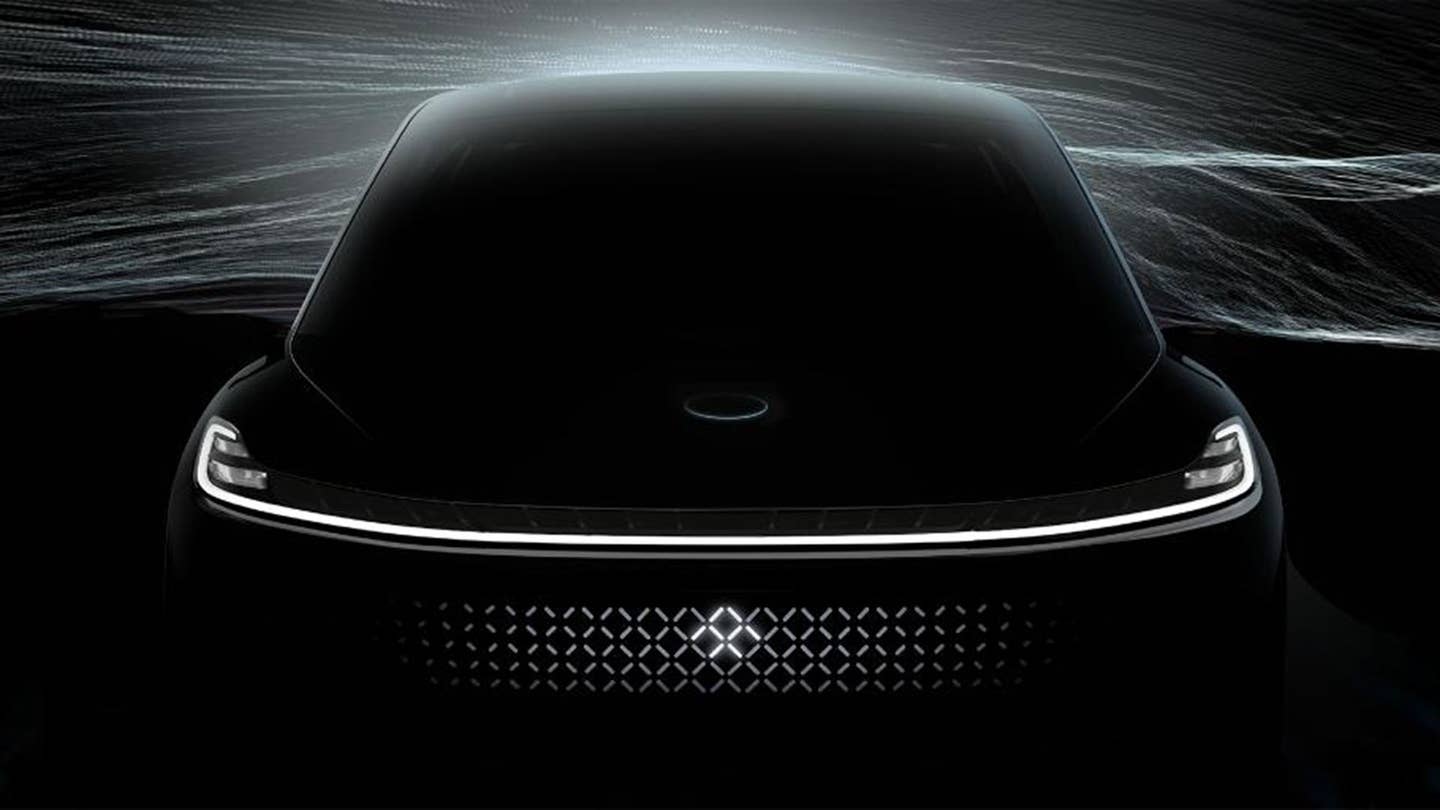 With its production-ready vehicle scheduled  to be shown off at the Consumer Electronics Show in January, Faraday Future has been working hard to tease the arrival of its upcoming all-electric, Tesla-fighting SUV—a series of teases that now includes showing off the silhouette of the car's front end

From the pic, we see a lighted grille with a diamond pattern, a bar of light stretching from one side of the SUV to the other, a widely-curved hood and front bumper, some sort of circle placed in the middle of the car's hood, and a sloped windshield—similar to that on the Tesla Model X—which may be useful for maintaining a lower drag coefficient and reducing unnecessary drag.

Last Friday, Faraday Future shared another teaser—this time, a 17-second YouTube video. That clip showed the upcoming crossover preparing to face-off against the likes of a Ferrari 488 Spider, a Bentley Bentayga, and a Tesla Model X P90D. Unfortunately, because the clip is just a teaser, it reveals basically nothing about the car or its capabilities. That also remains true for the new image the company released. (We've fiddled with it a bit in Photoshop below, to reveal a few more details.)

Faraday Future has also previously boasted how it intends on producing its cars in Nevada, even after reported construction delays.

“FF has previously stated that our plan is to bring our first production vehicle to consumers within the next couple of years and we stand by this information," said a spokesperson with the Gardena-based automaker. "We remain committed to the manufacturing facility in North Las Vegas, will enter the next phase of construction in early 2017, and look forward to bringing this vehicle to market quickly with quality being our top priority.”

From the looks of things, the car still appears to be coming along. But we'll just have to wait until next month, when we should finally get the chance to see this thing in person.