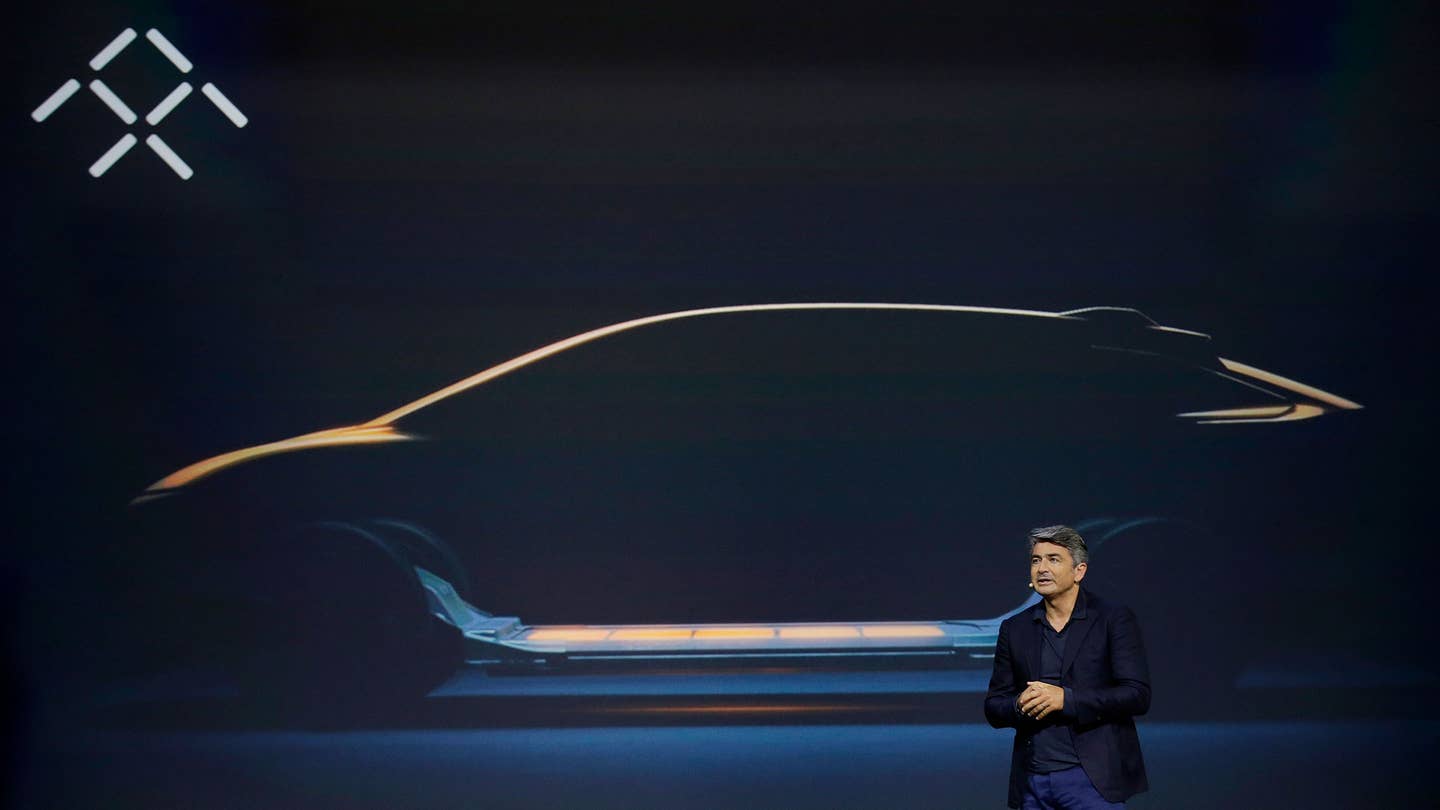 Things aren't looking good for Faraday Future. Construction of its manufacturing campus has stalled, and its biggest financial backer is low on cash. But Nevada State Treasurer Dan Schwartz thinks the company is in even worse shape than it appears.

Schwartz said to local television news station KSNV that he thinks the project was "pretty much over before it began." He believes the company is out of cash, and refuses to sign any of state bonds to fund the construction until the company can prove it has to money to complete the project. The state agreed last year to $335 million in incentives, including $175 million in bonds, for the company to build the factory in the southern region of the state.

"Although the Treasurer appears to expect failure, I have always planned for success," said Governor Sandoval in an interview with KSNV. He continued, "The state and taxpayers are fully protected should Faraday not meet its $1 billion dollar investment."

Admittedly, Faraday Future's financial resources aren't well understood, and Schwartz, the former CEO of a private-equity research firm in Hong Kong, wants more transparency in their operations. The company is backed by Jia Yueting, a Chinese billionaire and the CEO of internet giant LeEco, which is also building an electric car. Yueting personally invested $300 million in Faraday using his shares of LeEco. However, in a letter to employees Yueting admitted that the conglomerate is stretched a little thin, and slashed his salary to $.15. Construction of the $3 billion factory in China that will build the LeSee electric car has yet to begin, and Schwartz said his sources in China say the government isn't financing the company.

But it's still far too early to sound the death knell. Yueting has recently raised $600 million from investors reported to be friends and former classmates from his time at the Cheung Kong Graduate School of Business, in Beijing. The company reiterated on Twitter that it still plans on unveiling its prototype vehicle at the 2017 Consumer Electronics Show. The Drive asked Gardena-based car maker if the construction delays will impact its planned 2018 launch of the soon-to-be-revealed prototype, and the Faraday Future communications department released this statement:

“FF has previously stated that our plan is to bring our first production vehicle to consumers within the next couple of years and we stand by this information. We remain committed to the manufacturing facility in North Las Vegas, will enter the next phase of construction in early 2017, and look forward to bringing this vehicle to market quickly with quality being our top priority.”

Delays are a common theme with automotive start-ups, including the former iteration of Fisker Automotive and Tesla. Fisker repeatedly pushed the launch date of its plug-in hybrid Karma sports car. Although it folded before it could begin domestic production of the Karma electric sports car when the Department of Energy pulled its loans, it has reincarnated as Karma Automotive and released the Karma Revero based on Henrik Fisker's original design.

Tesla also suffered significant delays on the launch of the Model X, and may already be predicting a delay for the Model 3. However, the company has been able to raise money even though it has shown losses for all but two quarters.

Schwartz is a long-standing critic of Faraday, and is wary of the equity-backed loans Yueting uses to fund ventures. However, he admits the state has not lost any money in this transaction to date. In fact, if anyone ends up with the short end of the stick, it's going to be Faraday Future, which has already invested $120 million in the community, according to North Las Vegas Mayor John Lee, and in an interview with KSNV called Schwartz's opinion "absurd statements from a political opportunist."

The public may want to hold their opinion until after the CES vehicle debut, at which point it will be more clear if the company has a fighting chance in the growing luxury electric vehicle market. If it's a dud, then Faraday Future may fail for reasons other than lack of money.