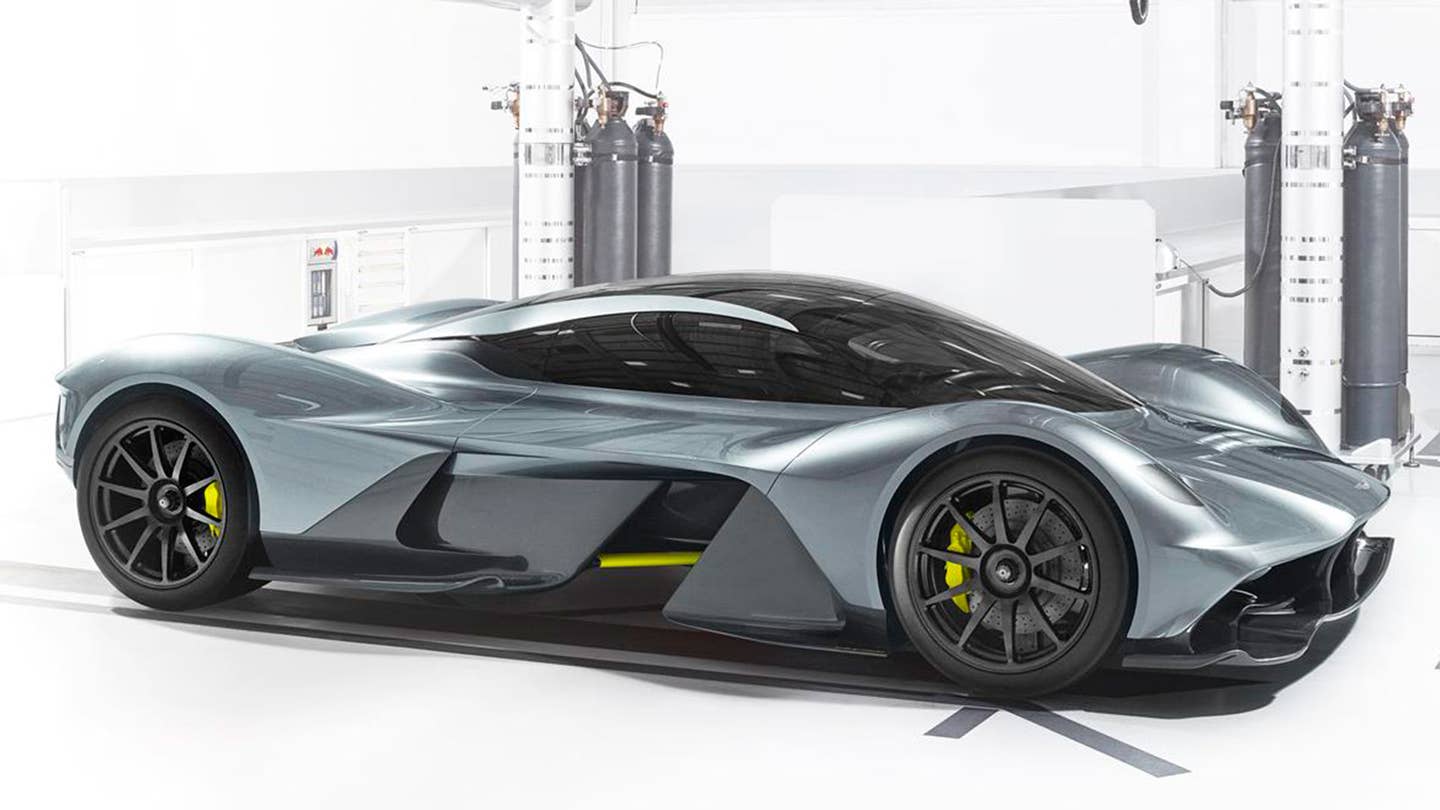 If you’ve been buying up Mega Millions tickets solely with the intention of scraping together enough cash to place an order for the forthcoming Aston Martin-Red Bull hypercar...well, we have some bad news. All the Aston Martin AM-RB 001 speed machines have been spoken for, according to the carmaker.

Earlier today, Aston Martin revealed that all 150 units of the roughly-1,000-horsepower hypercar now officially have partial deposits on their metaphorical hoods. Even those deposits, however, are worth a minor lottery victory; Auto Express reports buyers were asked to put down around £500,000 (roughly $635,000) for each copy of the street-legal hypercar, which is rumored to ultimately cost between $1.2–$2 million a pop.

But don’t stop buying those lottery tickets just because you missed your chance to spec out your dream AM-RB 001. Aston also announced that it would be extending its partnership with Red Bull for a second year into 2017, prompting immediate speculation that the two brands are planning a follow-up supercar—speculation that Aston Martin CEO Andy Palmer was all too happy to encourage, according to Autocar, claiming the two companies could go on to build  “[a] 002, a 003 or a 007 even.” (An Aston spokesperson later described Palmer’s language as “more tongue-in-cheek” than anything else.)

Of course, the companies could simply be extending the relationship in order to continue the work on the car together; the first prototypes are expected to hit the ground running next year, while customer deliveries likely won’t occur until 2019.

Aston Martin and Red Bull officially announced the AM-RB 001 earlier this year, declaring that the car would offer performance nearly on par with a Formula One car while still being capable of road use. Power will come from a combination of a new naturally-aspirated V12 that revs to around 11,000 rpm, possibly along with an F1-inspired hybrid system; overall weight will be low enough to give the car a one-hp-to-one-kilo power-to-weight ratio, much like the Koenigsegg One:1. And thanks to the aerodynamic wisdom of Red Bull F1’s Adrian Newey, it should stick to the ground like flypaper even without Airbus-like wings.