This Reckless Pass Got This Lamborghini Driver Arrested

As one driver in Singapore found, even a Huracan Spyder can’t outrun the law. 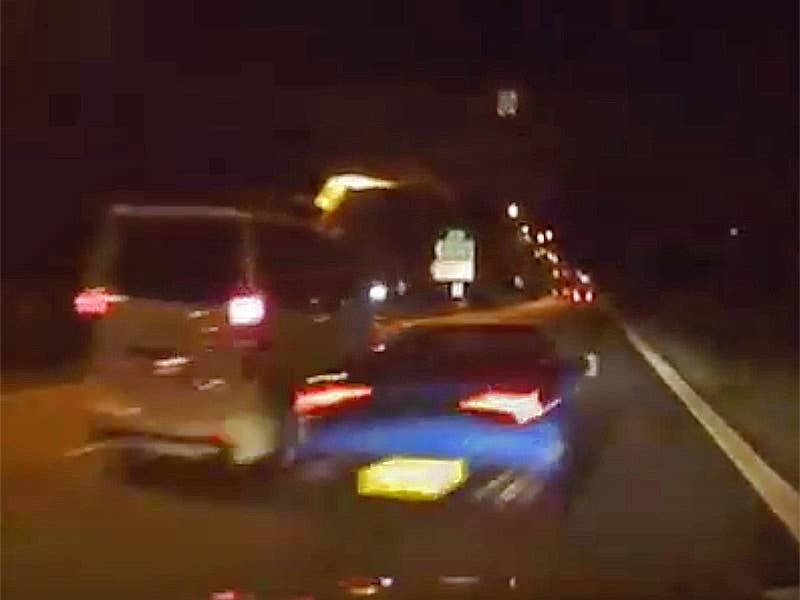 You aren't required to be an overall jackass to drive an Italian supercar, but for some reason we can't understand, these high-horsepower marvels seem to bring out the worst driving behaviors in some people. Maybe the man who was arrested after having his Lamborghini Huracan Spyder impounded would be able to explain?

Dash cam video uploaded to Facebook on October 2nd captured the Italian sports car being driven recklessly on a highway in Singapore by a 45-year-old man on the night of October 1st. But unlike many instances of crappy behavior behind the wheel, this driver did't get away with it; he was arrested on October 11th and the car was towed away and placed into law enforcement possession, Straits Times reports.

The video was first uploaded to Facebook by user Heng See Meng, the driver of the car the Lamborghini cut off. As Straits Times notes, the clip has since been shared around the social network by several road safety groups, where comments have stacked up criticizing the driver of the Italian sports car.

"U may be able to afford a performance car however with power comes responsibility and for someone like u who don't know what is responsibility, u don't deserve to have such power! What a shame we have such IRRESPONSIBLE driver like u on our road!" Facebook user Richard Tan commented.

Meng told Straits Times his car was loaded up with his family when the Huracan flew by. It was a "very scary experience," he said. "I really hope all drivers respect road discipline and not bring danger to other road users."

We've said it before and we'll say it again: Please, supercar drivers, can you at least try to not drive like douchebags? You make us look bad by association when we get the chance to drive these awesome machines.