Free tip: If your choices are “Jump out of the way” or “Jump on the hood”…always take the former. 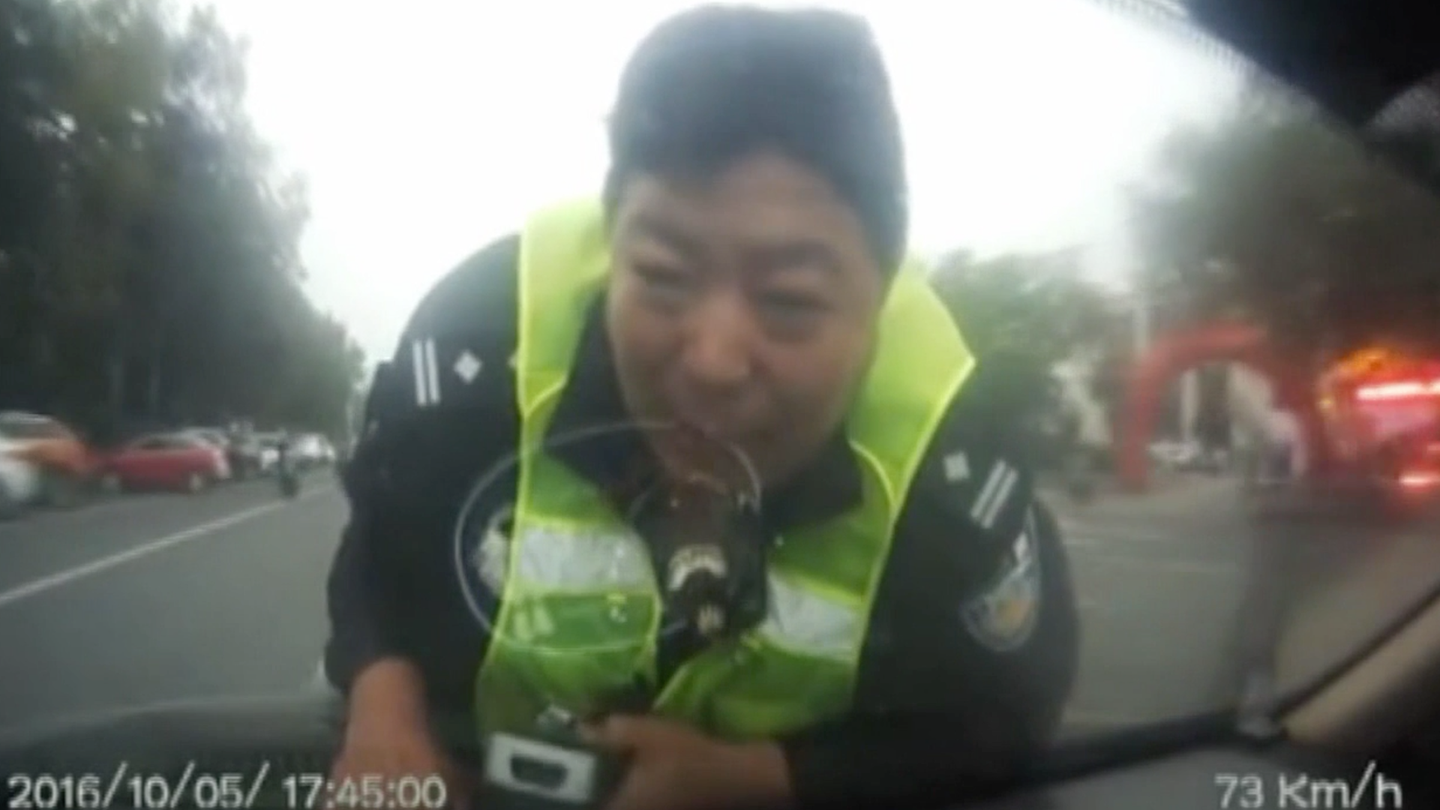 It's every traffic cop's nightmare. A police officer in China found himself in extreme danger when a motorist decided to speed away from a traffic stop—with the cop clinging to the hood of the car.

The dash-cam video of the incident, uploaded to YouTube Thursday and reposted around the Internet, doesn't offer much in the way of context, but the events are pretty clear. The camera car approaches what appears to be some sort of police checkpoint; there's a hard cut in the video, and a police officer is seen much closer to it. Suddenly, the motorist begins to accelerate. As the cop is standing directly in front of the car, the officer is forced to either jump on top of the car or hustle out of the way of the moving vehicle. Unfortunately for him, he chooses the former...only to find the driver apparently has no problem driving around with a man on the front of his sedan.

According to the video's title, the driver races around the Chinese streets with the officer mounted to the hood for more than a mile, hitting speeds as high as 60 miles per hour before finally bringing the car to a stop. At the end of the minute-long video, the cop is seen climbing off the hood once the car finally becomes stationary. It's unclear whether the car's wild drive continued after the cop dismounted himself,

We've become used to seeing unusual dash cam videos from China—remember the white tiger that yanked the bumper off a Volkswagen in a nature park?—but this one just might take the cake when it comes to a driver making poor decisions. Seriously—what exactly did this jerkweed think would be accomplished by driving off with a cop serving as an involuntary hood ornament?