The driver confused forward and reverse. 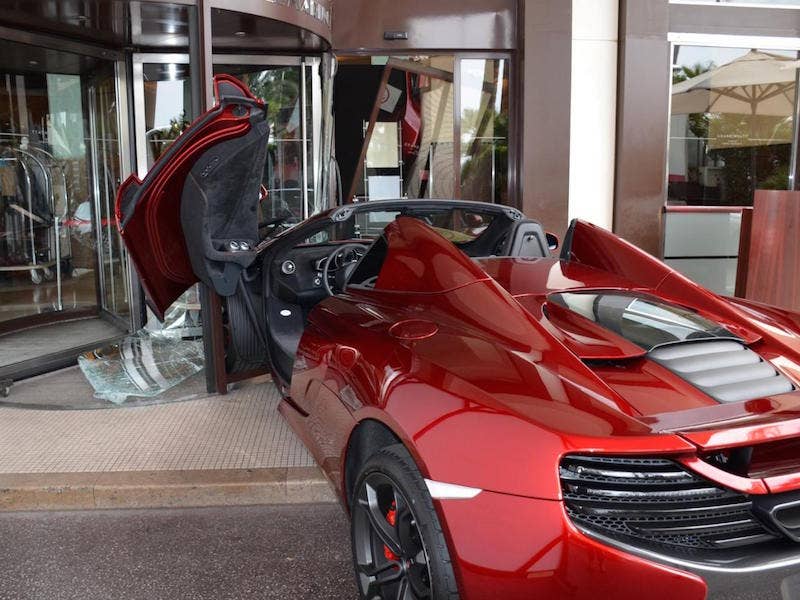 People do weird things in Cannes, an immodest village on France's glitzy Cote d'Azur. There was this episode of public sex during the Cannes Lion festival, for instance. Earlier this week, a guest at the Cannes Hotel Grand Hyatt reportedly became confused while maneuvering their MP4-12C Spider and accidentally (we presume) drove it into the revolving doors leading to the lobby.

The McLaren MP4-12 C Spider produces 618 horsepower, weights 3,200 pounds, reaches 60 in under 3 seconds, and hits a top speed of 207 mph. Initial examination indicates it is unable to pass through a hotel's revoling door.

The hotel's general manager, Alessandro Cresta, told the french newspaper Nice-Matin that this isn't the first time someone has tried to drive into the lobby. "It is common for the customer to confuse the forward and reverse gears in an automatic transmission," Cresta said. "The same type of accident happened last year, four years ago, six years ago. Twenty years ago, a car even made it as far as the front desk."

The McLaren was towed and sent to the CAnnes dealership for repairs. The revolving door is still boarded off.

"It is a custom turnstile," Cresta said. "The company will have to redo the parts and that takes time and cost several thousand euros. The important thing is that there are no injuries."