Let’s not lie. It makes all the sense in the world. 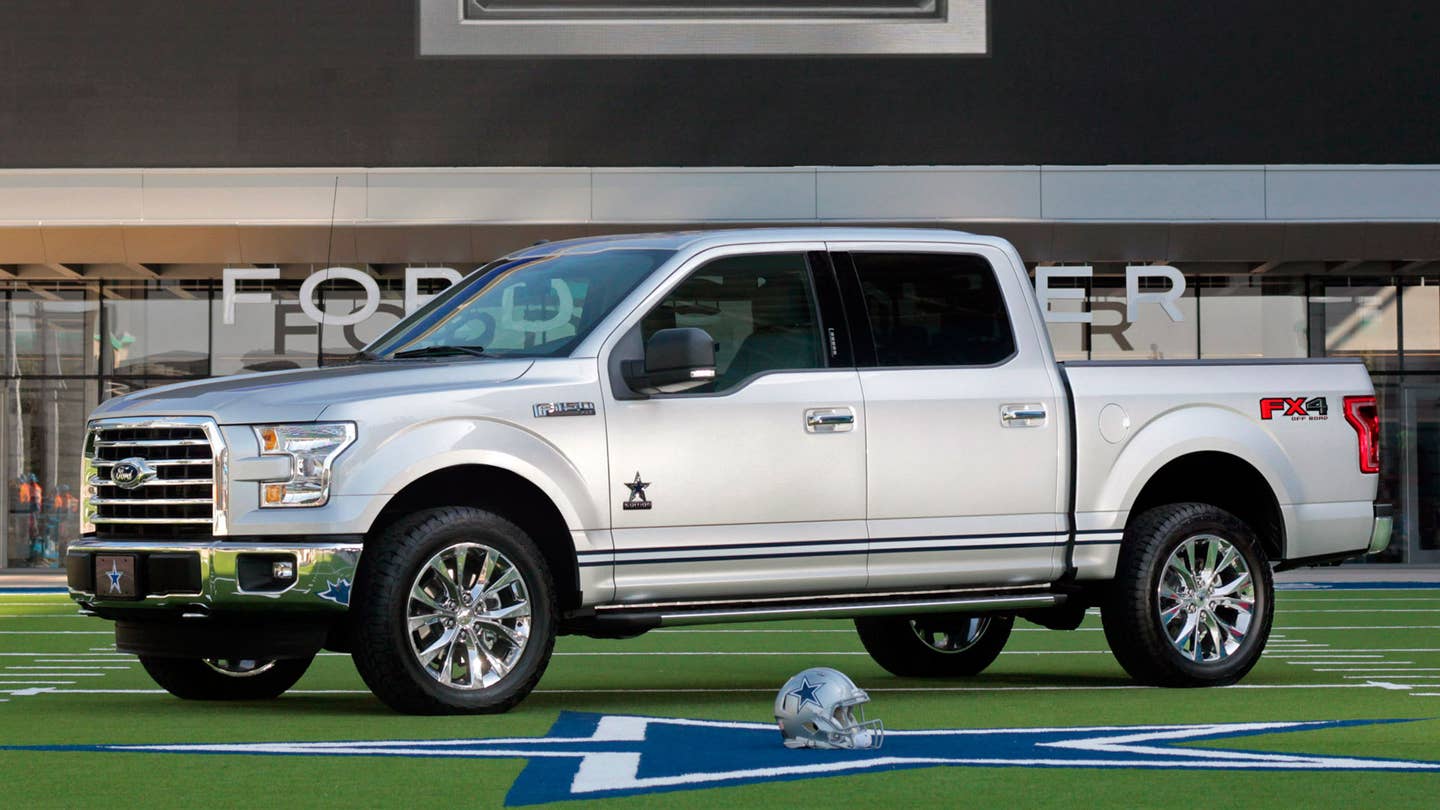 In a display of ‘Muricah-ness unmatched since that video of a 10-year-old boy burning rubber in a Challenger Hellcat, Ford has revealed a new limited-edition Dallas Cowboys F-150. To answer the question before it even forms in your mind, yes, it has Dallas Cowboys badges.

Just 400 examples of the Dallas Cowboys F-150 will be cranked out, and they’ll only be sold at a vetted group of Texas Ford dealerships—presumably, the ones with the most blue-and-silver inflatable arm-waving tube men out front. Each will be based on on the F-150 XLT with Chrome Package, and come painted in the same shade of silver as the helmet Tony Romo has sitting beside his hospital bed. In addition to the shiny paint job and the aforementioned Cowboys badges (which live on the doors and tailgate), the special edition truck comes with additional Cowboys stars on the bed mat and 20-inch wheels, a blue-and-white stripe on the rocker panel, and an interior plaque signed by team owner Jerry Jones. And, of course, bespoke floormats.

Believe it or not—actually, it’s pretty easy to believe—this isn’t the first time Ford and the Dallas Cowboys have teamed up to create an F-150. They made one 22 years ago, back in the glory days of Troy Aikman and Emmitt Smith. The Cowboys may not be America’s Team anymore, but folks down in Texas still love them, and folks in Texas still love pickup trucks. Ford didn’t mention how much the Dallas Cowboys F-150 costs, but considering those two facts, we at The Drive are sure the carmaker will sell every damn one of ‘em.