Even after things go Mad Max, we’ll still have to deal with speeding tickets. 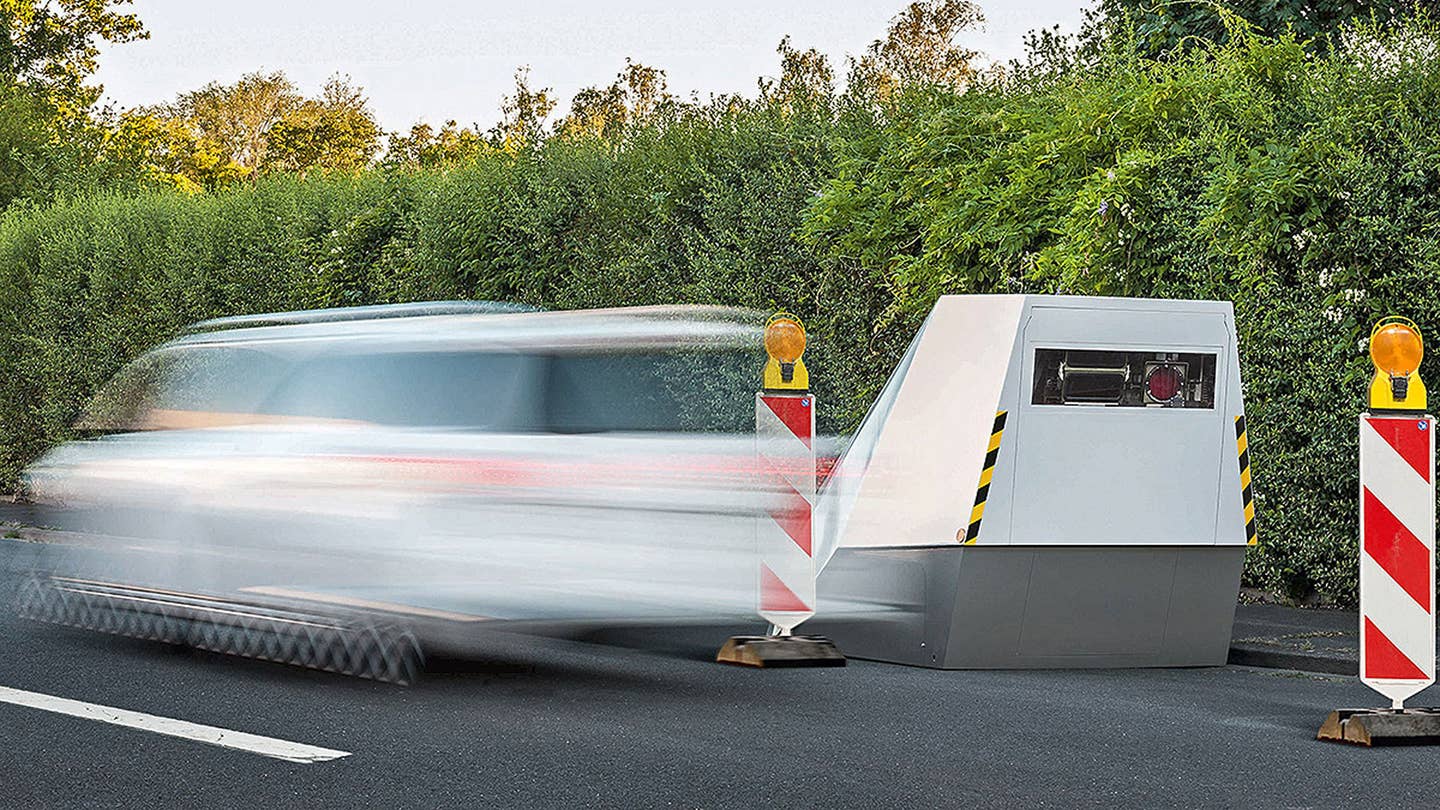 We always kind of figured that, if the world went down the tubes and society was reduced to its most violent nature, the one upside would be that we wouldn't have to worry about traffic laws. At least, we thought that until we heard about the Vitronic Enforcement Trailer—a roving, bulletproof speed trap that bears a slight resemblance to the F-117 Nighthawk.

Devised by the German traffic enforcement company Vitronic, the Enforcement Trailer is basically a cross between a Global Hawk drone and a BearCat. Designed to be dropped off by law enforcement at a location deemed too hazardous for police officers, the VET can move around under its own power via a remote-control linkup. An integrated battery means it can operate on its own for up to five days at a time.

Using LIDAR, the VET can monitor traffic speeds across multiple lanes; it can even be programmed to keep an eye out for complex violations, such as bans on different types of vehicles in certain lanes or at select times. All the information it collects can then be sent through an encrypted data link, presumably in large part so police officers can have an excuse to boast about how their new toy has "an encrypted data link."

As the bulletproof shell might seem to imply, the VET is designed to thwart nefarious attempts to disable it with Q Branch-like ingenuity. The wheels can retract into the body as it lowers itself to the ground, preventing any unauthorized users (read: thieves) from towing the trailer off. And not only is that armored skin sealed up to keep anyone from cracking into the futuristic trailer, the VET also comes equipped with an alarm system.

According to Auto Express, police forces in Germany are currently trying out the VET to see if it suits their needs. That said, the company does list a U.S. sales office on its press release, so there's always a chance you could see them on domestic roads in the near future. (The Drive has reached out to Vitronic to see if the company has sold any units here.)

In the meantime, if you happen to be hauling ass down a speed-limited section of the autobahn and see something that looks like a Lockheed Martin-designed shipping crate on the side of the road...might be a good idea to check the speedometer.

Even the coppers aren’t exempt from speeding tickets.