Surprisingly, this didn’t happen in Russia. 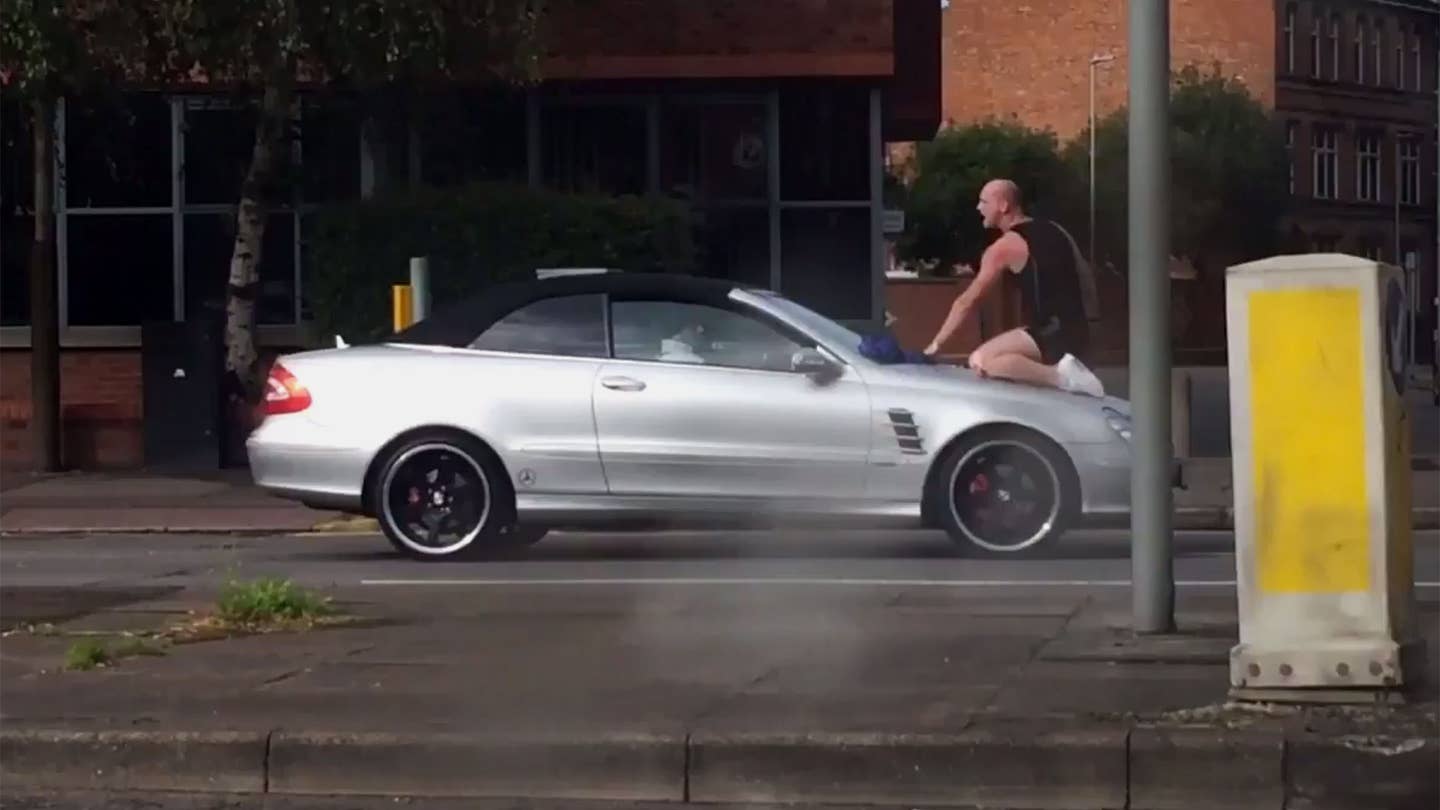 Motorists in Leicester, England were shocked yesterday when they saw a slow-moving Mercedes CLK pass by, an enraged man perched on the hood punching and headbutting the windshield. One onlooker who works for the BBC caught the scary incident on film, while another passersby stopped and stared as the attacker rained down blows and hurled abusive taunts at the driver.

Before leaping on the Merc, driven by a doctor who wished not to be named, the aggressor was seen running around attacking other cars and shoving cyclists off their bikes. It’s unknown what prompted the violent outburst, but a blue BMW that caught a beating just before the Mercedes incurred several thousand dollars worth of damage, according to the Daily Mail. No one else was injured in the incident.

When the police arrived, the man was still clinging to the tri-star’s hood, flailing away, leaving a large amount of blood in his wake. The authorities quickly pepper sprayed the man, who was shouting gibberish, subdued him and took him to the hospital. The bloodied windshield of the Mercedes was completely smashed in and the hood was severely scratched. See the madman pummeling the poor convertible in the video below.