Wheeler, 72, was an experienced motorcycle rider. 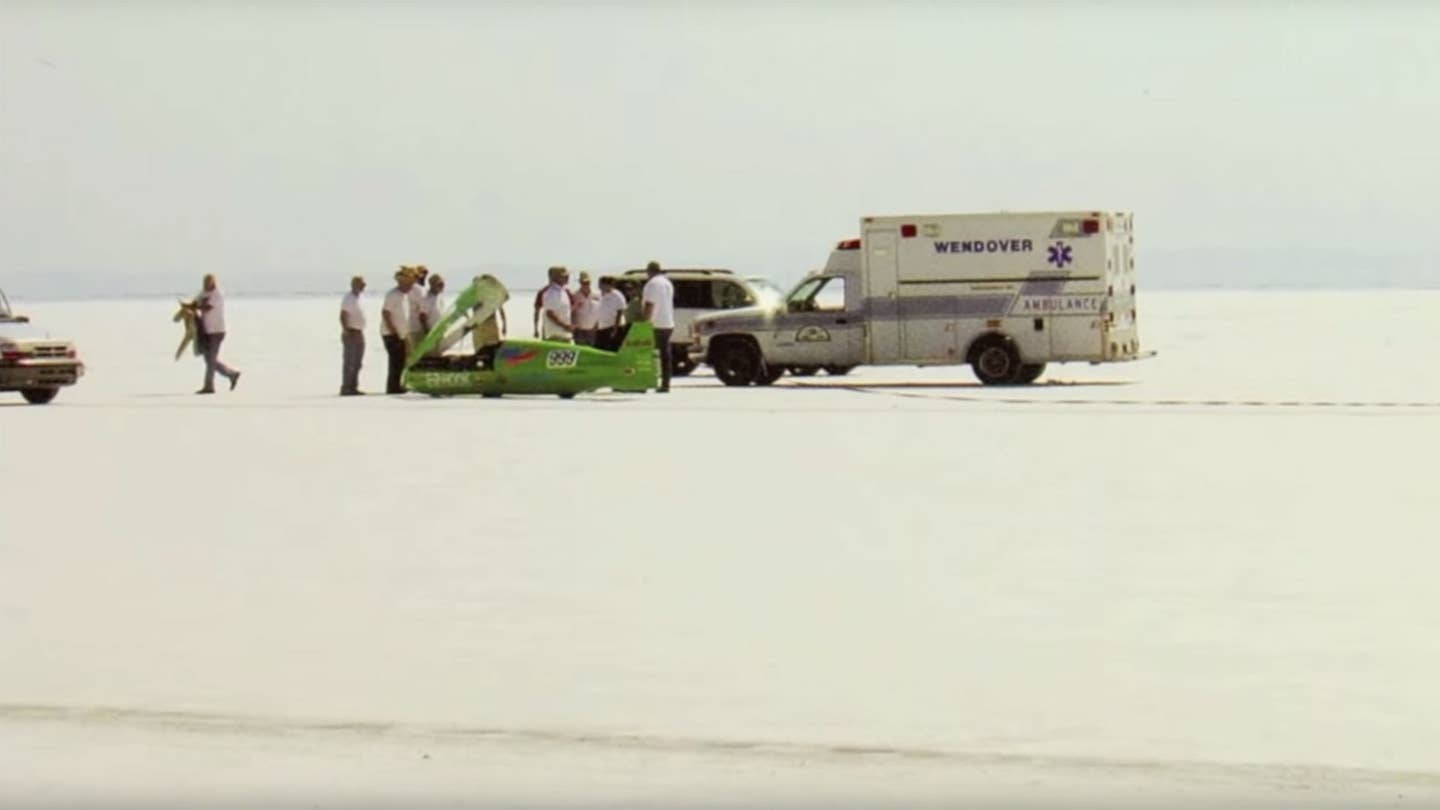 Land speed motorcycle racer Sam Wheeler died Monday at the Bonneville Salt Flats after crashing during a test run in preparation for races happening later in the month. He is survived by his wife and his two children.

The Associated Press reports Sam Wheeler, 72, was traveling at nearly 200 mph before he lost control of his motorcycle, leading to it flipping and landing on the racing bike's cage. Rescue crews were able to pull the injured rider from the mangled motorcycle, but tragically, they were unable to ultimately save him; Wheeler died four hours later at the Intermountain Medical Center. MotoAmerica reports the racer was piloting his enclosed 1300-cc Parts Unlimited/E-Z Hook streamliner bike.

"He's was pretty much one of the legends of our sport," Pat McDowell, racer and friend to Wheeler told the Associated Press. "He did it with his brain, not his wallet."

Bill Lattin, president of the Southern California Timing Association, told the AP that the 72-year-old veteran rider was incredibly well-versed with the aerodynamics of the bikes he raced, and that Wheeler would fine-tune and improve his motorcycles with extreme precision.

"He built that motorcycle by hand. Every single part on it," Lattin said.

An engineer and an experienced racer with nearly 50 years of racing beneath him, Wheeler came from Arcadia, California. He had previously hit speeds of up to 355 mph at the Salt Flats, and had set a personal goal of 400 mph, though he had not yet broken that barrier.

After being cancelled the past two years due to poor conditions on the salt bed, Bonneville Speed Week is set to make its triumphant return to the flats next month for a series of races in August and September.

In case you're interested in learning more about Wheeler, you can check out the short documentary below.

Drifting At 130mph Is a Beautiful Dance With Death

Please excuse the cameraman while he changes his boxers.