An OG player in the EV space gets new skin and illuminated badging. 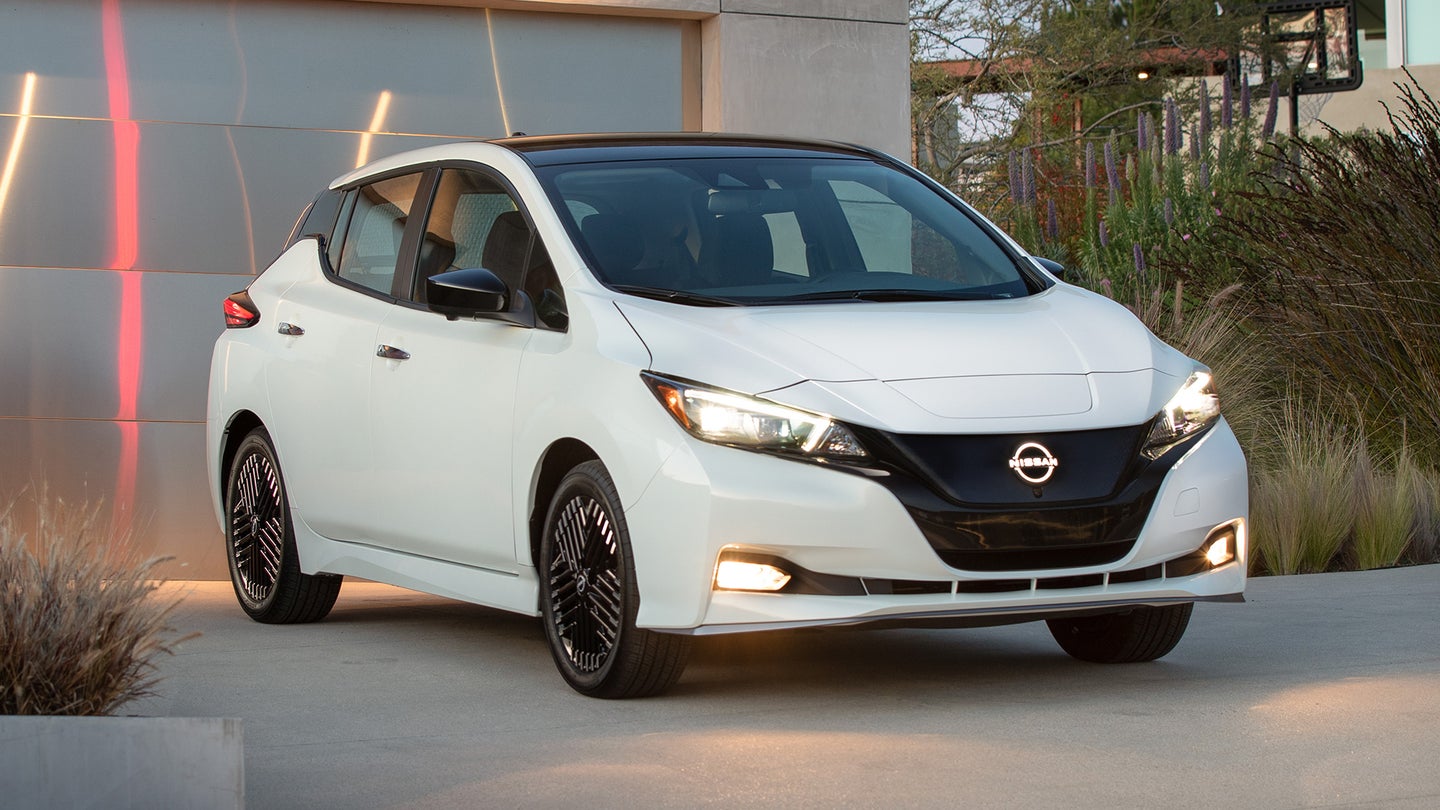 While other automakers are showing off their flashy new battery-powered cars, good ol' Nissan has been chugging away at improving the EV it's sold to the public for more than a decade: the Nissan Leaf. The world won't be getting an all-new Leaf for 2023, but it will be getting one with a much-welcomed refresh. And to that I say, "neat."

The battery-powered hatchback has been restyled to look more modern and adopt Nissan's latest design language in a compact package—and it actually looks quite good.

First things first, Nissan has simplified the lineup by cutting Leaf offerings down to two trim levels. Before, the Leaf had five, though it's now offered solely in S and SV Plus specs, ditching the top-tier SL Plus altogether. The automaker says that these two tailored models reflect the most requested customer features while still offering a fairly decent value proposition to anyone looking to scoop up an EV for under $30,000. Just don't count on it holding that value down the road.

Both models receive a reworked exterior with an enhanced front end and all-new visual appointments like darkened headlights, a new grille, and an illuminated front badge. Nissan has also reshaped some aerodynamic bits—the tire deflectors, rear diffuser, and rear spoiler all have improved aero, according to the automaker. The SV Plus also gets some swanky new multi-spoke wheels.

The underlying powertrain won't be a surprise for any Leaf aficionados out there. The base model Leaf S comes equipped with a 40-kilowatt-hour battery mated to an electric motor that produces 147horsepower and 236 pound-feet of torque, and the more premium SV Plus includes a 60kWh battery and a more powerful electric motor, offering 214 horsepower and 250 lb-ft of torque. Nissan hasn't released any official EPA-rated ranges just yet but says they'll be similar to 2022 models, so 150 miles and 215 miles, respectively.

The updated 2023 Nissan Leaf will make its official debut at the New York International Auto Show later this week and will go on sale this summer. The Leaf S is priced at $28,424, whereas the SV carries an MSRP of $36,424, both of which include a $1,025 destination fee.