Inside the Mind of a Self-Professed ‘Tire Nerd’

Have you ever tried to nail Jell-O to a tree? A tire designer says that’s what it’s like to try and get rubber to go where you want it to go. 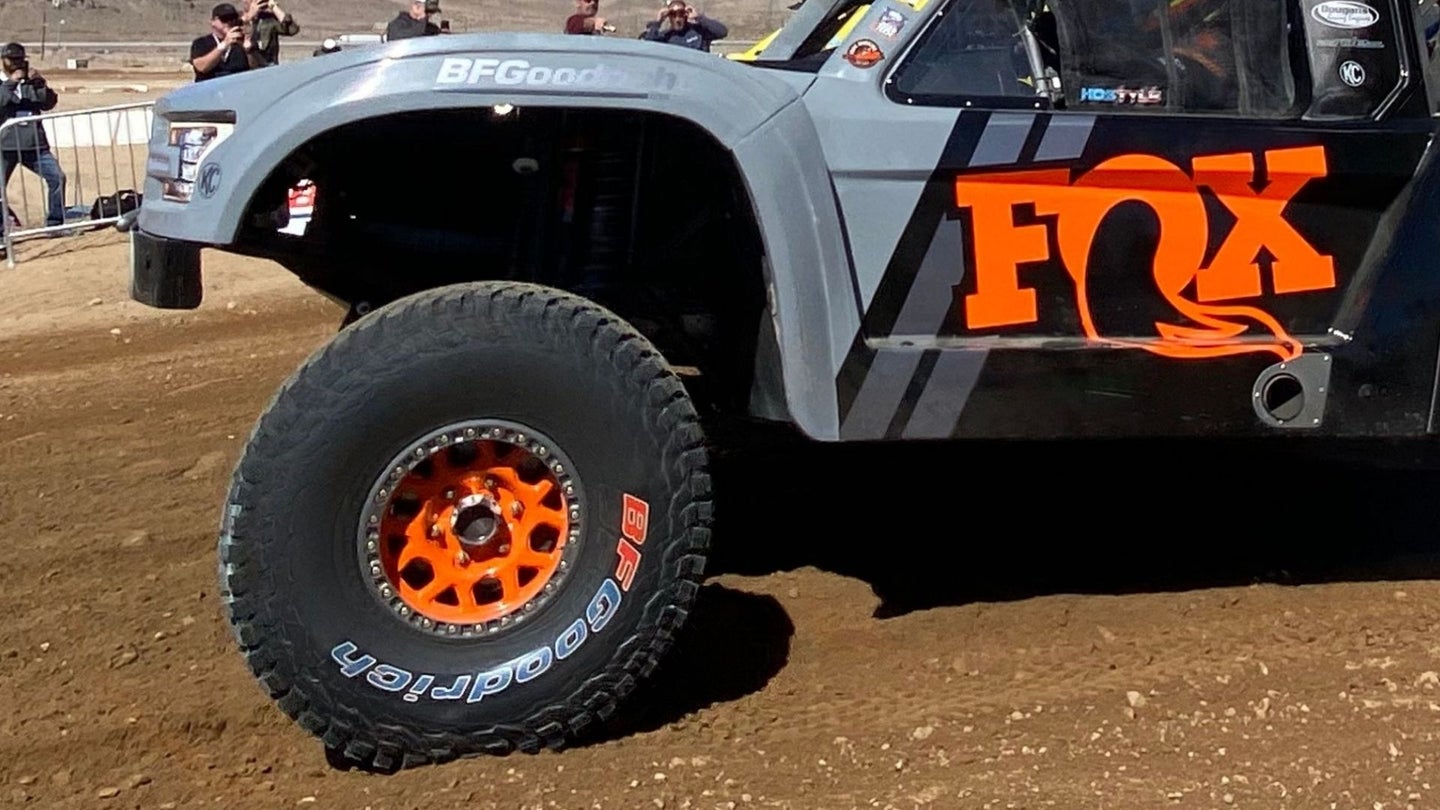 A couple of weeks ago, I went off-roading in a Polaris RZR with a group of new friends and put the side-by-side to the test on some tough Nevada desert terrain. The trails were punishing; while I had a blast, at times my teeth threatened to chatter right out of my mouth and I felt like a shaken margarita in the process. At the end of the ride, the tires impressed me the most (with the suspension as a close second). They looked like ordinary air-filled tires but were standing up to some gnarly roads.

That’s the role of a tire designer. You can’t have a car – or, in this instance, an off-road vehicle –  without tires, and you can’t have tires without people who design and produce them. Michelin says the job of a tire design engineer is to "provide definitions of the external geometry of the tire while integrating tire performance constraints and industrial constraints." In a job posting on Indeed.com, the tire company specified the need for a college degree in engineering or equivalent technical experience. And if Michelin product development engineer/tire designer Wayne Yount is any example, there isn’t necessarily a straight path to becoming what he describes proudly as a “tire nerd.”

“I got here on a weird and twisted road,” he laughed during an interview at the BFGoodrich Mint 400 race in Nevada.

Yount was hired on at the company in 2000 as a machine designer, creating the machinery that makes tires. Right before he started at Michelin, Yount bought the Jeep CJ-7 he had been dreaming about buying for a while, and he spent his free time at the Jeep shop building suspensions and tooling around. After five years at the company, a job opened up in the kinematics compliance lab for someone with automation engineering experience who also knew how to work with suspensions. Yount fit the description, and he started doing tire and suspension testing. After a few more years of that under his belt, a friend suggested he go into tire design.

"There are no college degrees for tire designers," Yount told me. "All the tricks of the trade are proprietary to each tire company. The secret is in the tires in the materials and methods of producing them."

He enrolled in Michelin's tire design school, which was a 13-week course for a full eight hours each day.

"At that point, you’re dreaming about tires, or maybe having nightmares," Yount said. "My wife and son saw me going through flashcards about the materials and design every night. Basically, the classroom hours you put into that are about the same as for a Master’s degree in engineering."

Of all of his colleagues who are tire designers, Yount says some have degrees in mechanical and chemical engineering, civil engineering, and electrical engineering. One is an industrial engineer and there are chemists and physicists in the mix as well. This is a group of smart people, and Yount says he's lucky to be on a team with them.

Now Yount observes Michelin and BFGoodrich (which is a Michelin-owned brand known for off-roading rubber) tires in action at races like the Mint 400 and on the track. Sometimes, he does what he calls the equivalent of a "tire autopsy" to see how the tires performed and what happened to them during a race. Side by side with chemists at the research center, they study the tires down to a microscopic level. Tires can contain up to 300 different materials, he says, and it's fascinating.

"Rubber is a squishy thing. Have you ever tried to nail Jell-O to a tree?" Yount asked. "That’s about what it’s like to try and get rubber to go exactly where you want it to go. It’s not like like steel where you can machine it out. It oozes and moves."

Can a tire be exciting? Yes, he says.

"I’m a tire nerd, so I watch slo-mo videos of a tire as it’s rolling under braking force, or rolling under acceleration," Yount said. "You see the flow, how things move; what wiggles, what doesn’t. That level of stuff excites me."

The first time Yount saw a tire he had designed in the real world was when he passed a dealership and saw a set on a GMC 3500 dually.

"My son was with me and I drove straight into the dealership and said, 'Hey, look here! I made that!" he said.

Apparently, tire guys get to do crazy stuff like create a 10-wheeled Citroen to test out truck tires too. Sounds like being a tire nerd could be a lot of fun.

Got a tip? Send a message to kristin.shaw@thedrivecom.

These Are the Jeep Grand Cherokee Tires You Want

Good tires are the unsung heroes of the automotive world.

Michelin Pilot Sport 5: One Of The Best Performance Tires May Have Just Gotten Better

The gold standard of tires gets an upgrade.