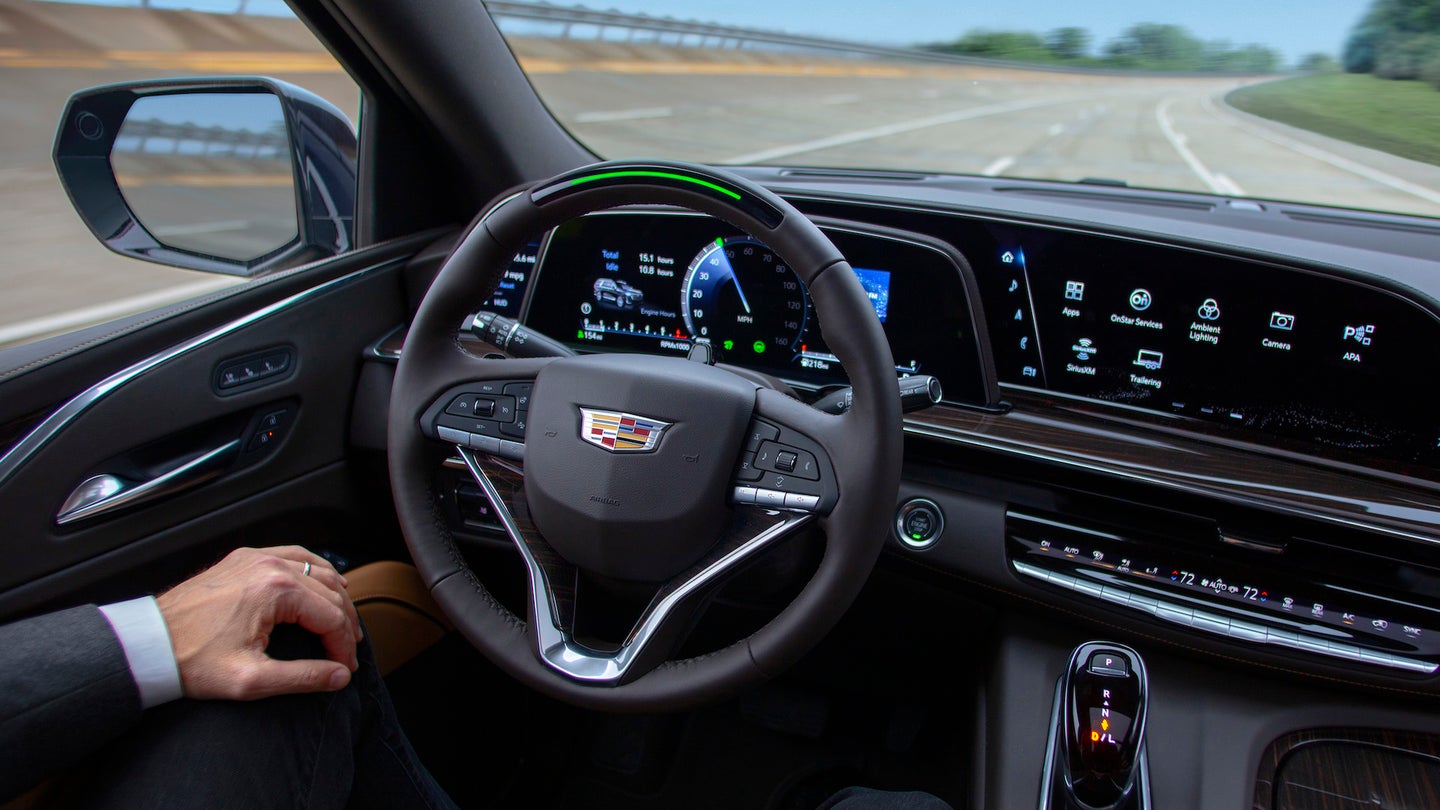 Drivers who don't realize their car's advanced driver assisted systems (ADAS) aren't the same thing as actual autonomy are a danger to themselves and others. They're much more likely to letting their focus drift behind the wheel, causing collisions that are sometimes fatal, forcing carmakers to add driver monitoring systems that prevent drivers from fully disconnecting while driving. But these are still too unreliable, according to a AAA study that determined no driver monitoring systems can consistently detect distraction.

The AAA concluded this after testing both major types of driver monitoring systems, as implemented in four different vehicles. A Cadillac Escalade and Subaru Forester were employed for their infrared driver-facing cameras, while a Hyundai Santa Fe and a Tesla Model 3 were selected to represent cars using steering wheel sensors. AAA sent researchers on 10-minute drives in these cars along a limited-access toll road at 65 mph, where they probed the failure thresholds of each system in three ways.

In one test, drivers removed their hands from the wheel while keeping their heads up and their gazes pointed down. The second test was hands-off as well, but it had drivers point their heads and eyes toward the center console, while the third test utilized tricks to "beat the system" with varying gaze and hand placement.

The study found that driver monitors relying on wheel sensors alone required barely any input to prevent ADAS deactivation alerts, allowing up to 5.65 minutes of consecutive distracted driving over the course of the 10-minute test. By contrast, cameras required five times more engagement from drivers, allowing approximately 2.25 minutes of distraction during testing. On average, cameras reacted to distraction 50 seconds sooner and were said to be "more persistent" with their warnings than wheel sensor-based systems. Still, AAA noted both styles of monitoring could be intentionally defeated, and that they didn't disable ADAS features after repeated warnings.

ADAS misuse and driver distraction are of increasing concern to legislators and safety advocates alike, with the IIHS announcing in January that it intends to release a rating system for ADAS technologies, which will take driver monitors into account. The IIHS says no current systems meet its pending criteria, not even General Motors' Super Cruise, which ranks as one of the most reliable ADAS systems available to the public today.

With ADAS becoming increasingly common, it's past time we have rigorous systems of evaluation in place to educate the public on what their cars can really do. Otherwise, we risk an even broader misunderstanding of ADAS than we face today; one which could claim more lives than it already has.