He polled his 62 million followers over the weekend, but the answer was likely decided beforehand anyway. 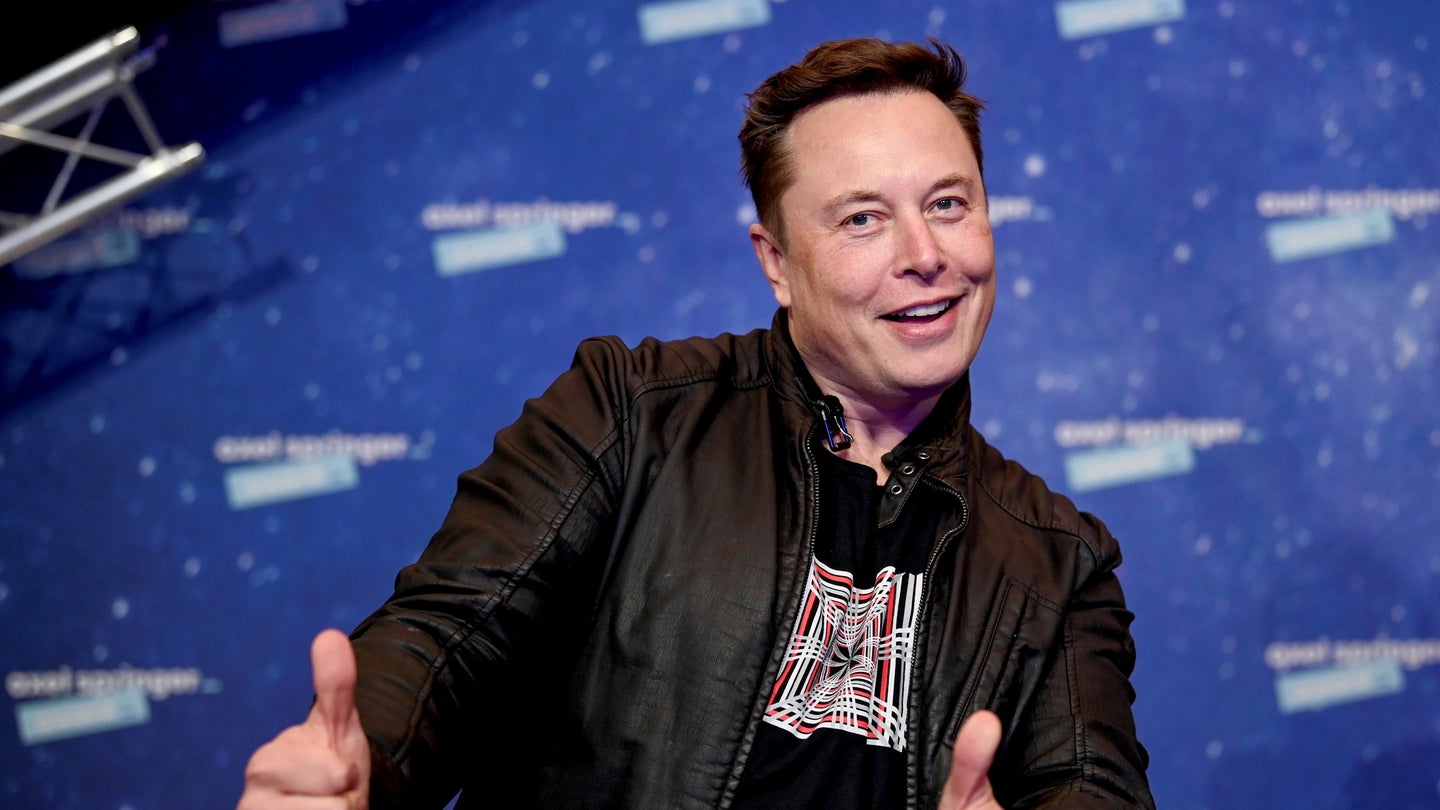 Over the weekend, Tesla CEO Elon Musk asked Twitter to decide whether or not he sells 10 percent—reportedly as much as $26 billion worth—of the electric automaker's stock.

Musk engaged his 62.8 million followers on Saturday, opening a poll that allowed them to vote on whether or not he should sell off 10 percent of his held stock. He said he would abide by the poll's decision, whichever way it favored. And by the time the poll closed, 57.9 percent of its respondents were in favor of Musk's proposal, meaning he may be likely to sell.

Options aside, Musk held 227 million shares in the electric automaker as of Dec. 31, 2020, according to an SEC filing. His proposal would offload around 10 percent, meaning 22.7 million shares, in that case. Given Monday's opening price of $1,149 per share, this would be an estimated revenue of roughly $26 billion. In the comments of the poll, Musk reminded those voting on it that he doesn't take a cash salary or bonus "from anywhere" and that the only option he would have to pay the proposed taxes would be by selling his own stock.

As part of Musk's compensation plan at Tesla, the company's Technoking has agreed to forego a formal CEO's salary in lieu of stock options paid out based on the company's performance. In 2012, this resulted in an option of 22.8 million shares, which at the time was worth $142.3 million ($6.24 per share). That same amount would now be worth $27.9 billion, if exercised, which must be done prior to the option's expiration in August 2022.

Musk has only sold Tesla stock twice since the company went public in 2010, according to Forbes. The first time was during the company's IPO when Musk sold off 1.4 million shares totaling $24 million, and the second was in 2016 when Musk sold $593 million in Tesla shares to cover taxes for exercised stock options.

In a September interview, Musk confirmed that he has "a bunch of options" that expire in early 2022 and he would be "forced to sell" during the fourth quarter of 2021. This means it's likely that Musk would be selling stock anyway, regardless of the outcome of the Twitter poll, since expiring stock options are a use-it-or-lose-it option once they reach expiry.

Regardless, the result of a sale today would be an overwhelmingly large tax bill. According to some quick math done by CNBC, Musk's effective tax rate for both state and federal taxes would total around 54.1 percent or a tax bill of just over $15 billion. This isn't taking into account the claimed reason for his poll, which is to pay taxes that may stem from unrealized capital gains if such a law were to be passed.

Musk then changed his display name on Twitter to "Lorde Edge" after responding to a tweet from Senator Ron Wyden, the Chairman of the U.S. Senate Finance Committee, who is openly critical of Musk's use of Twitter to make financial decisions and an advocate for a larger tax on the wealthy.

Wyden is one of the individuals who has been working on various forms of the so-called "Billionaires Income Tax" plan for over two years. Musk has been openly critical of the proposal which would place a tax on unrealized capital gains. Essentially, Musk (and others) do not approve of the taxation of "paper profits," which would tax the increase of an asset's value without the asset actually being sold for cash.

"Eventually, they run out of other people’s money and then they come for you," wrote Musk in a tweet last month.