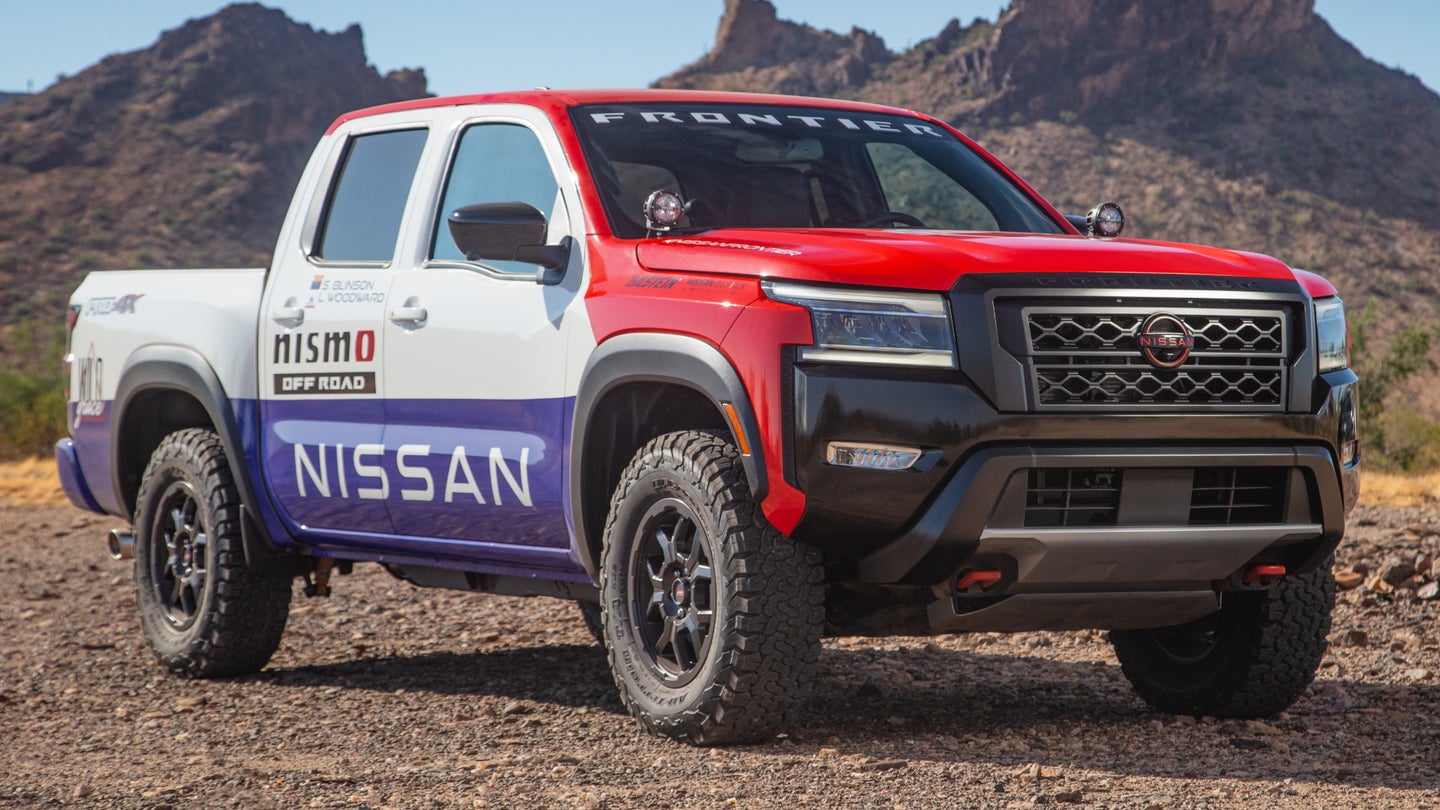 The Rebelle Rally is back this year and since Nissan just unveiled its new Frontier a few months ago, you bet it's entering with an off-road racing version to show the truck's four-wheeling cred. Taking inspiration from the desert-tackling Hardbody pickups that ran in the 1980s, the amped-up Frontier Pro-4X that Nissan is sending to the Rebelle features a near-identical red, white, and blue livery, along with a slew of other updates to make it a more rally-ready machine.

Team Wild Grace, made up of Sedona Blinson and Lyn Woodward, will be running the truck in the event. It lasts eight days and stretches from the Hoover Dam in Nevada all the way to California’s Imperial Dunes, a distance of over 1,500 miles.

Specific upgrades to the truck, aside from its eye-catching livery, include a list of parts that probably sound familiar. When Nissan displayed its trail-ready Pro-4X at the Overland Expo a few weeks back, it did so with a bunch of NISMO-branded components bolted up, and they're present here as well. The truck has a performance exhaust, hood-mounted four-inch lights, NISMO-tuned off-road suspension, and specific wheels manufactured by Nissan.

Under the hood, the Frontier sports the same 3.8-liter naturally aspirated V6 found under the hood of any other Pro-4X. It produces 310 horsepower and 281 pound-feet of torque, sending power to all four wheels via a nine-speed automatic transmission. It also has 9.4 inches of ground clearance and a low-range gearbox for tackling more technical obstacles. 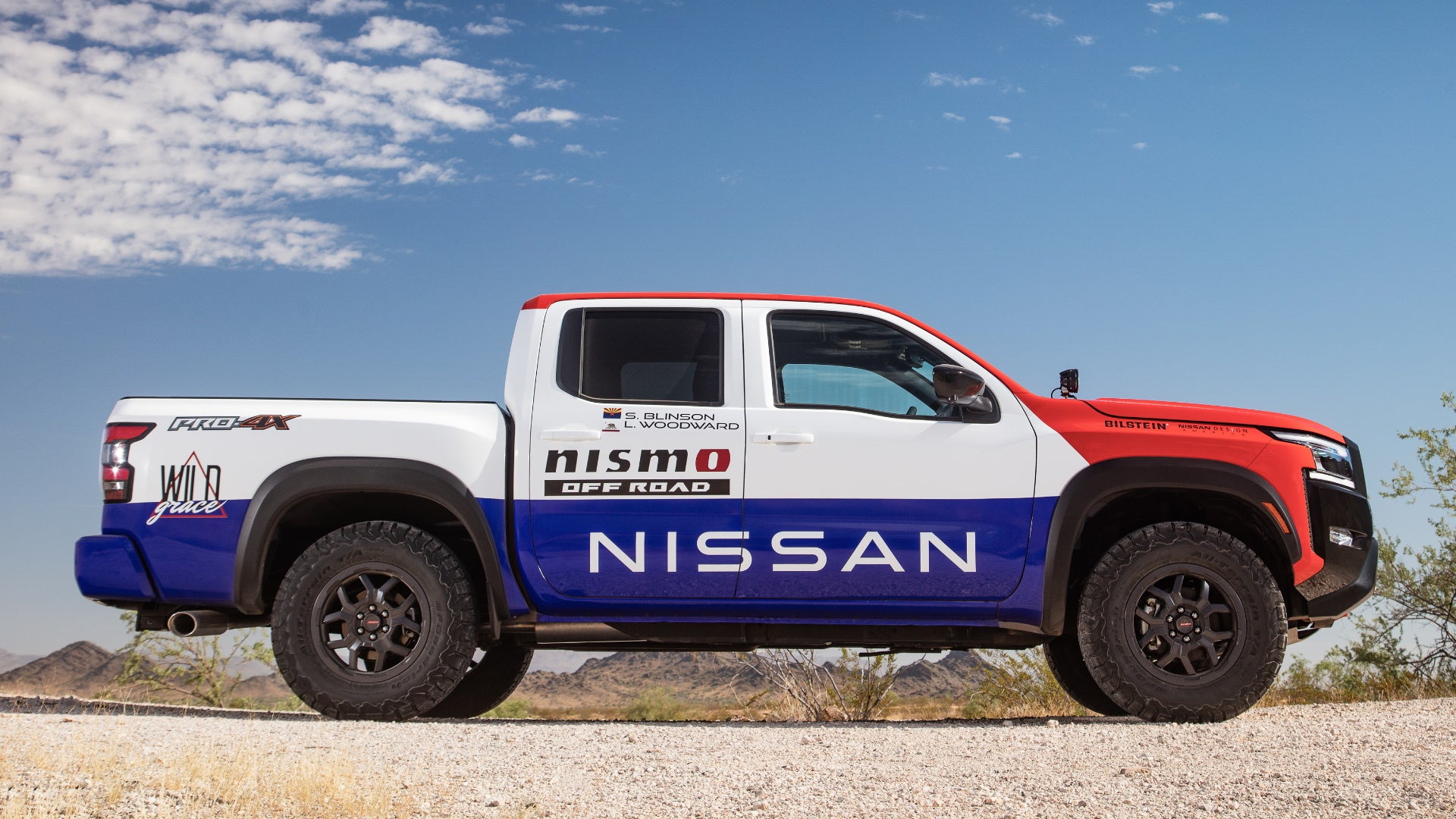 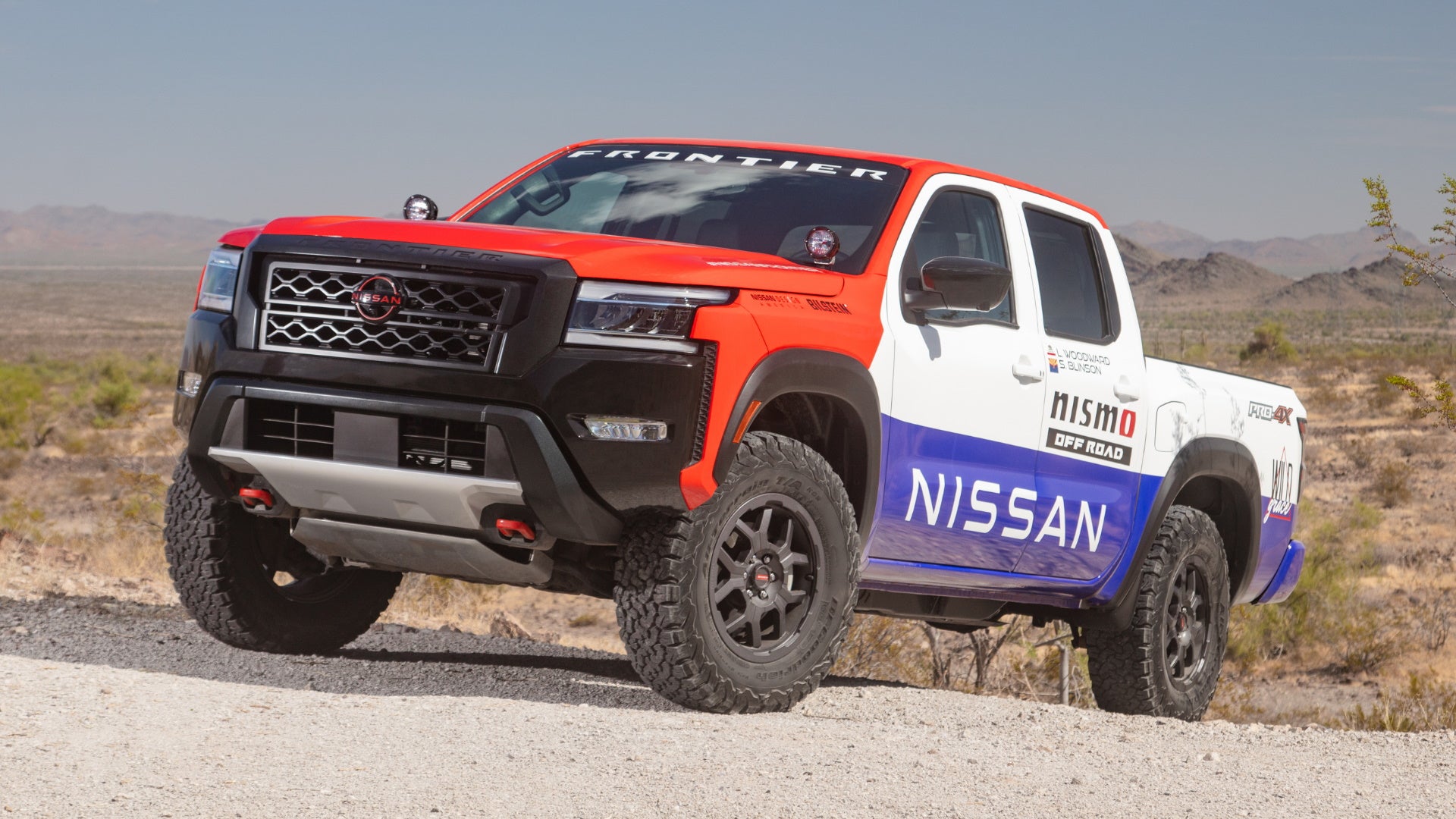 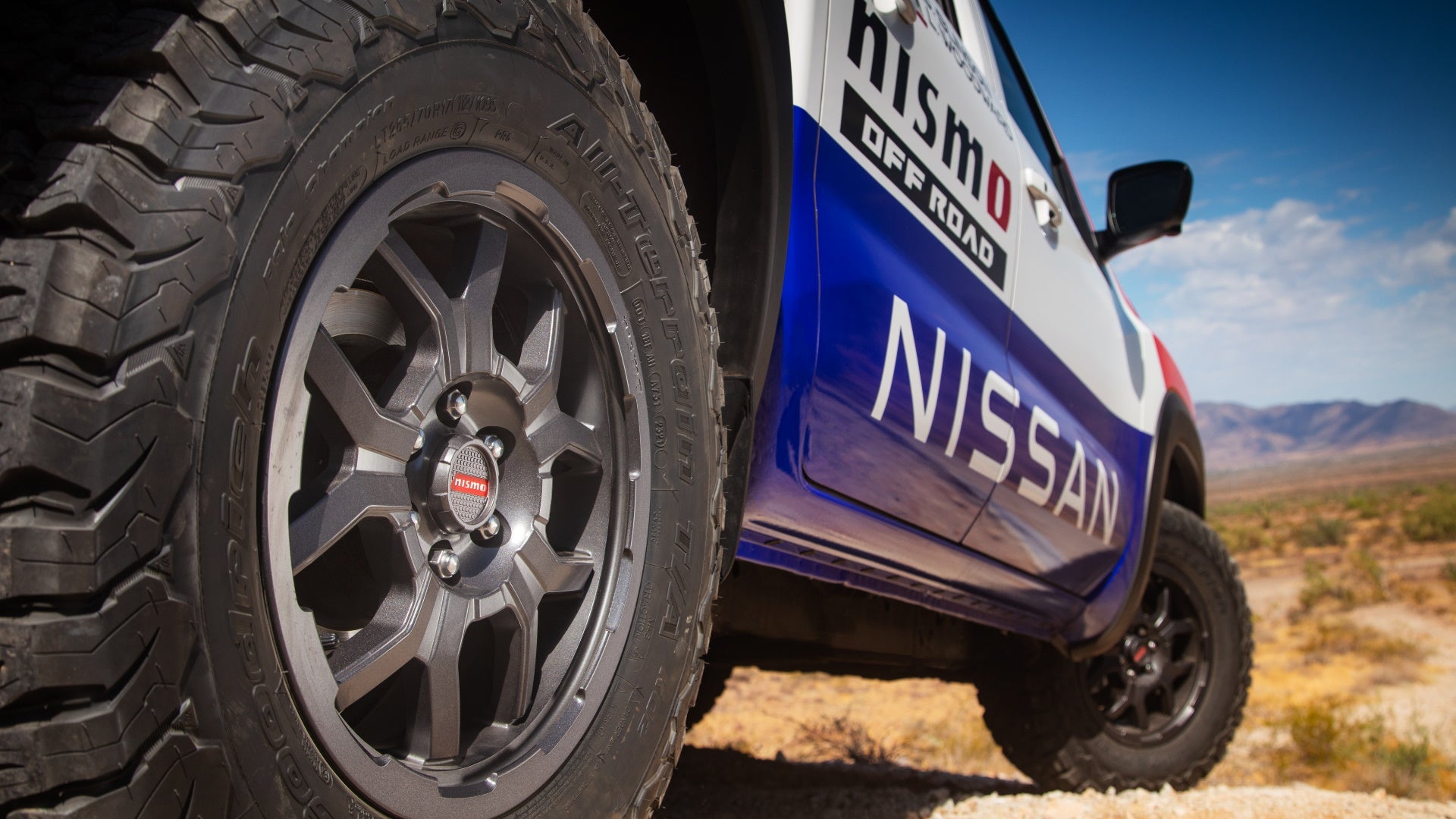 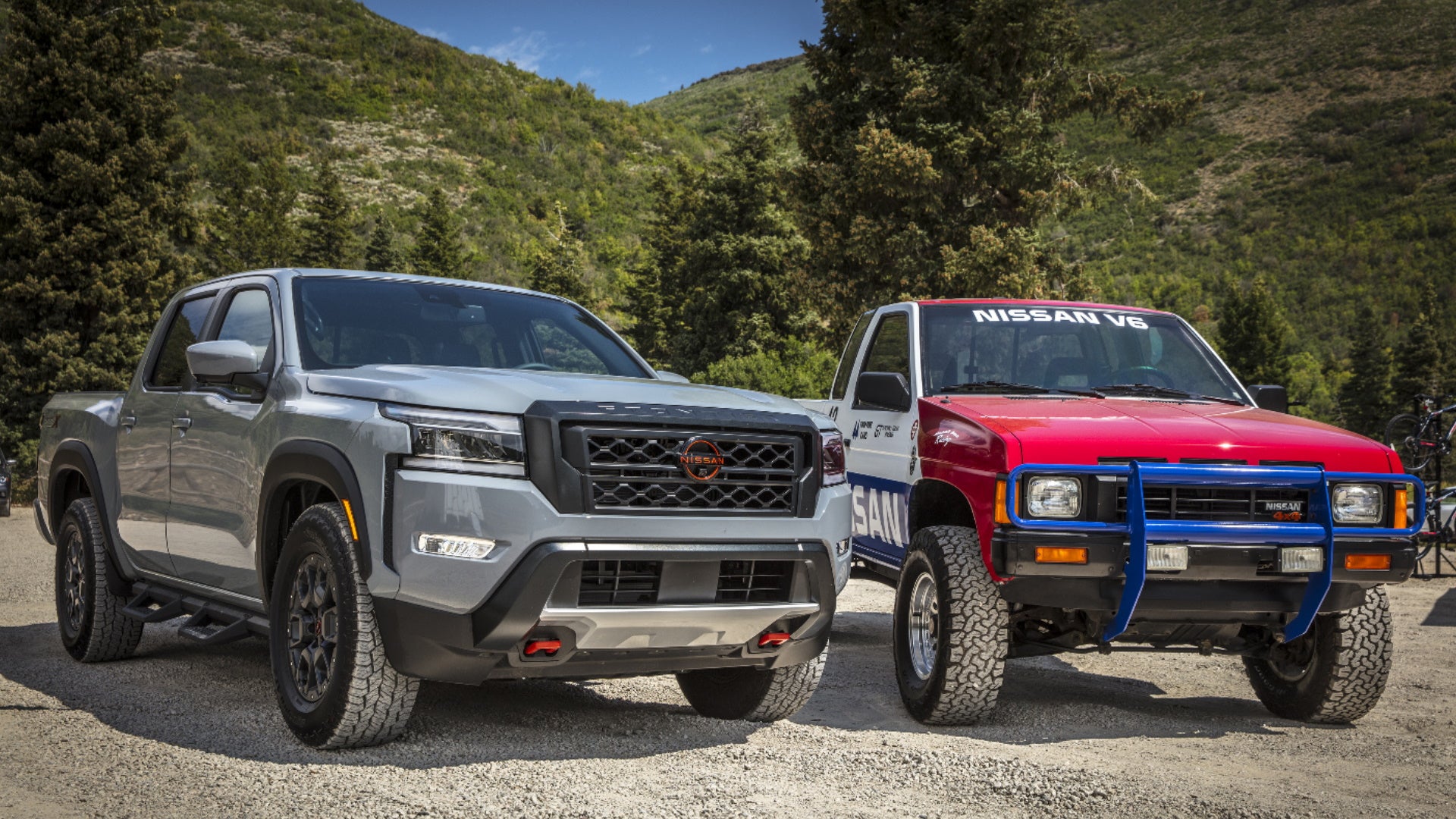 Nissan has competed in the Rebelle Rally every year since it started back in 2016. Since then, the event has attracted a wide range of automakers who want to test out their latest vehicles. Car companies represented this year include Mitsubishi, Kia, Jeep, Ford and more. So you know how seriously some companies take the race, Ford is bringing its entire family of Broncos including a two-door, four-door, and Bronco Sport. The latter won its class last year so expectations are high. 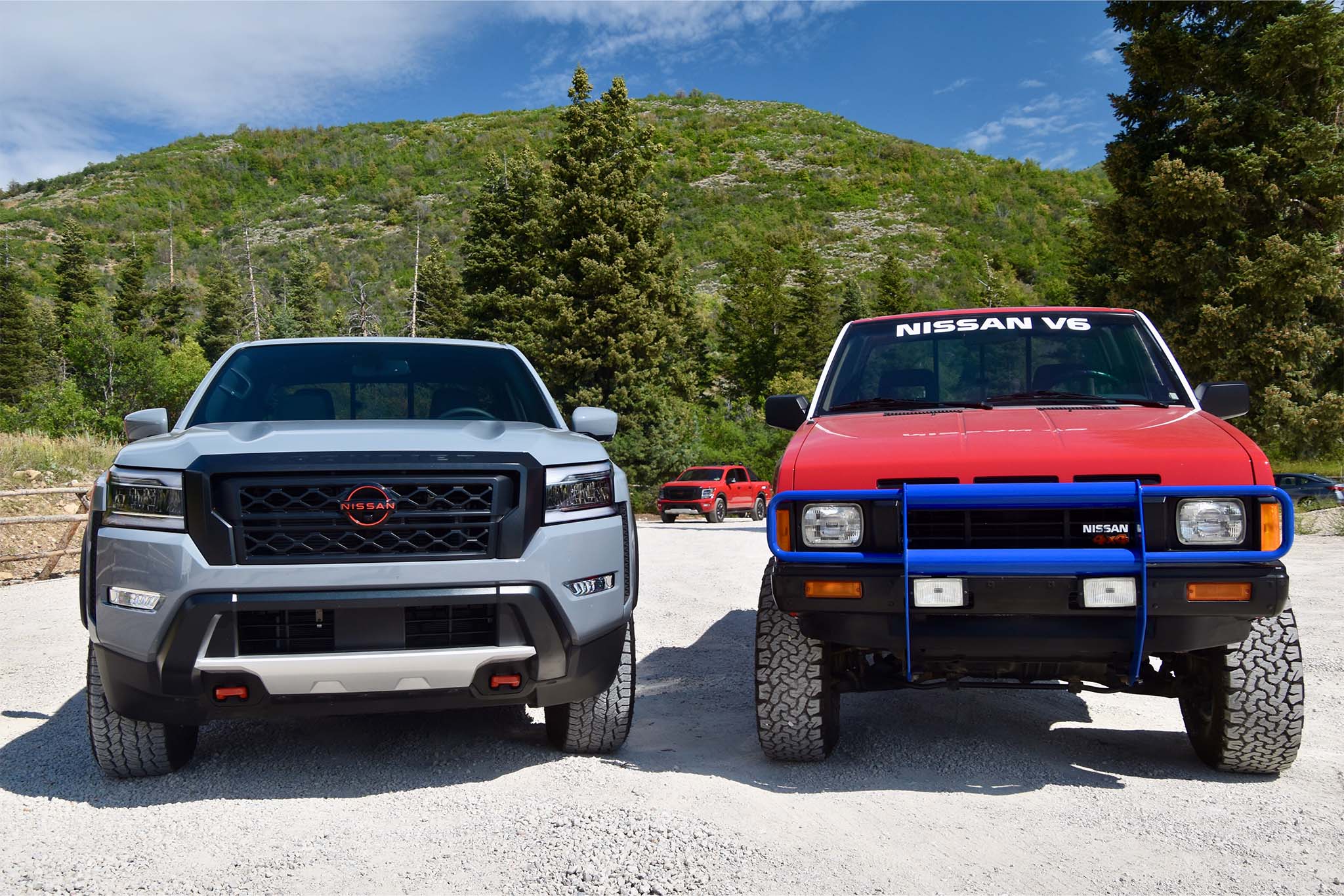 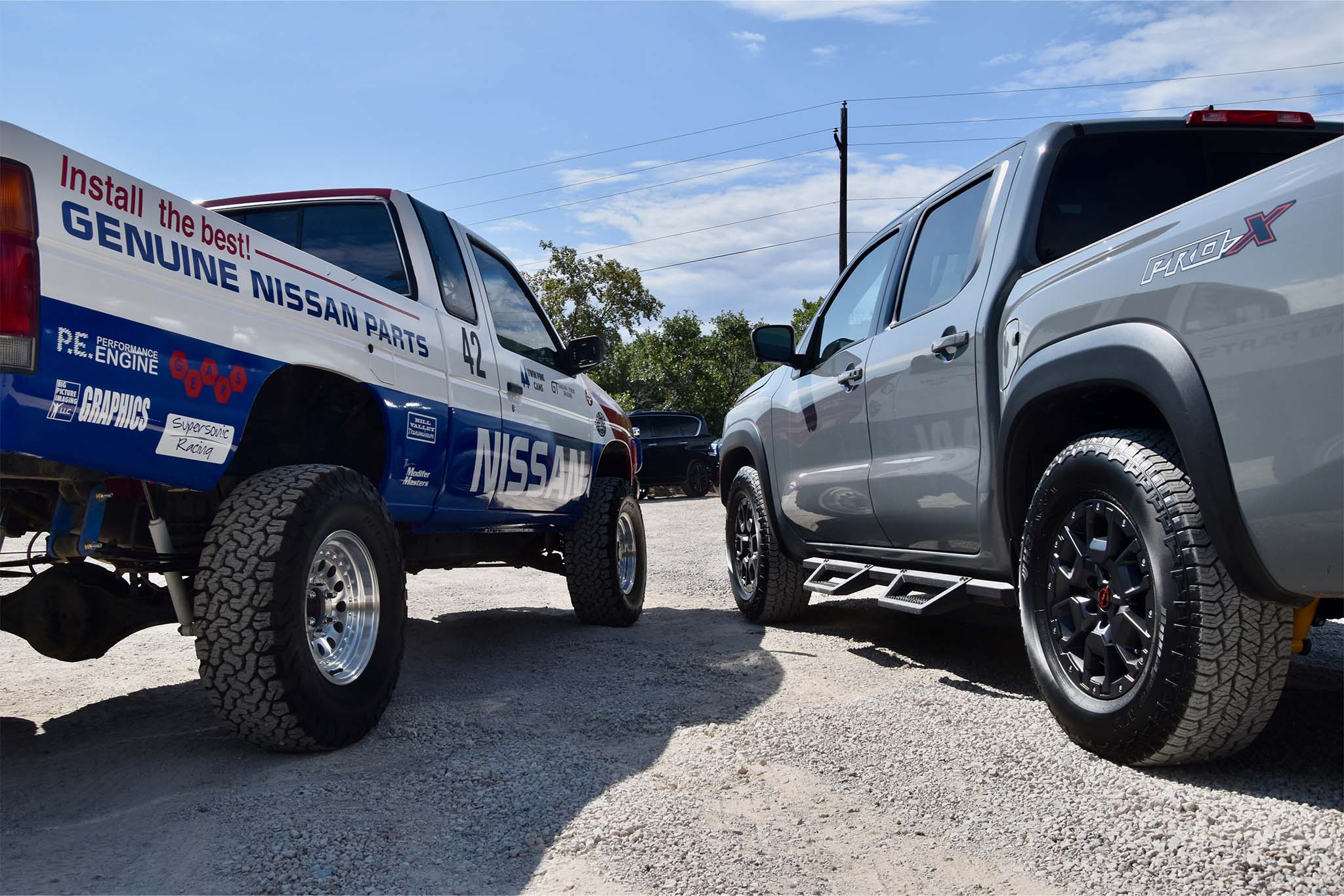