This Video of a Car with Omnidirectional Wheels Is Really Fishy

Is anyone else’s B.S.-ometer going off here? 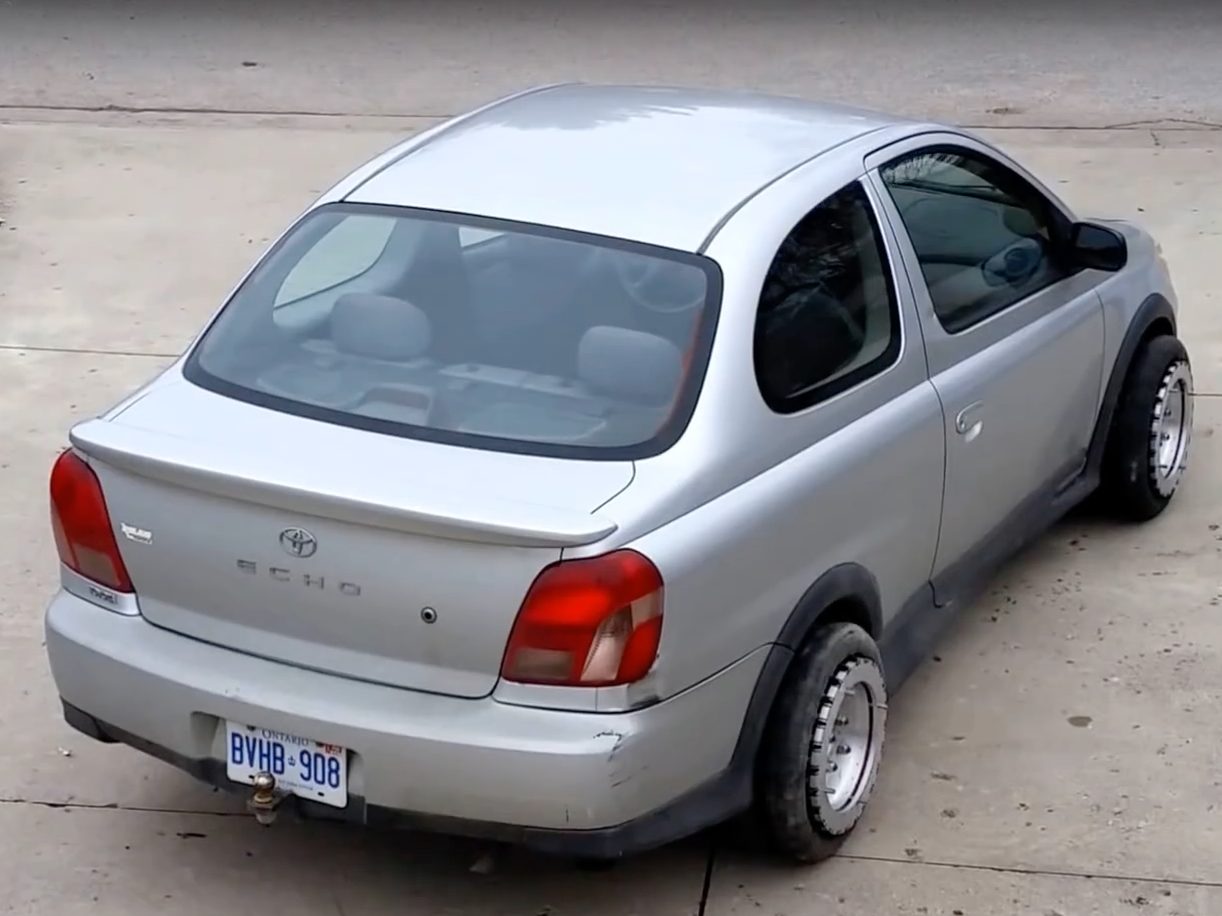 There's a video going around the Internet today featuring a car with omnidirectional wheels crawling about in every direction, like a magical blend of a coconut crab and Will Smith's Audi from I, Robot. According to the reports bouncing around, this car on omnidirectional wheels is the work of William Liddiard, a humble inventor in the sleepy Canadian city of London, Ontario.

To which we say: Bullllllllshit.

The whole setup is just too perfect. Doesn't the motion of this car on omnidirectional wheels all seem a little too clean? How does the camera manage to track along with the car so perfectly from such an altitude? What's with all the erratic jump cuts? And why is the sole occupant in the passenger seat?

How is the car controlled? Clearly, the regular steering, throttle, and brake inputs wouldn't be enough to maneuver the car around the way it moves here—rotating, crabbing, and driving in a regular manner. And what's powering them? The Toyota Echo they're strapped to is front-wheel-drive, yet all four wheels are clearly moving independently. Are there electric in-wheel motors? How large are they, if the car is generating 24,000 lb.-ft. of torque, as Liddiard claims

Even if the footage is not CGI (which we're not ruling out), the video clearly has been fooled around with. If nothing else, the footage has clearly been sped up—look at the motion of the man in the car around the 0:20 mark, or the movement of the trees in the background—yet the description doesn't mention that the video has been sped up or manipulated.

In fact, the whole description of the video is a little too...breathless. "No-one knows about this invention," it reads...even though there was a story about Liddiard in an London, Ontario newspaper a month and a half before the video was posted. (That story, by the way, is the only other evidence we could find of Liddiard's magical invention prior to this week.)

And that's not even touching on the title, which is the most simplistic example of clickbait we've seen in a long time. If an inventor actually wanted to announce his revolutionary new wheels to the world through a YouTube video, don't you think he'd choose a title a little more specific and easy to search for than "you've never seen a car do this before..."?

Yeah. This has to be a fake.

And, unlike the shape-shifting coupe, you’ll actually be able to buy these kicks.

Drive Wire: Off-road Unicycling Through The Mountains Is Weird And Impressive