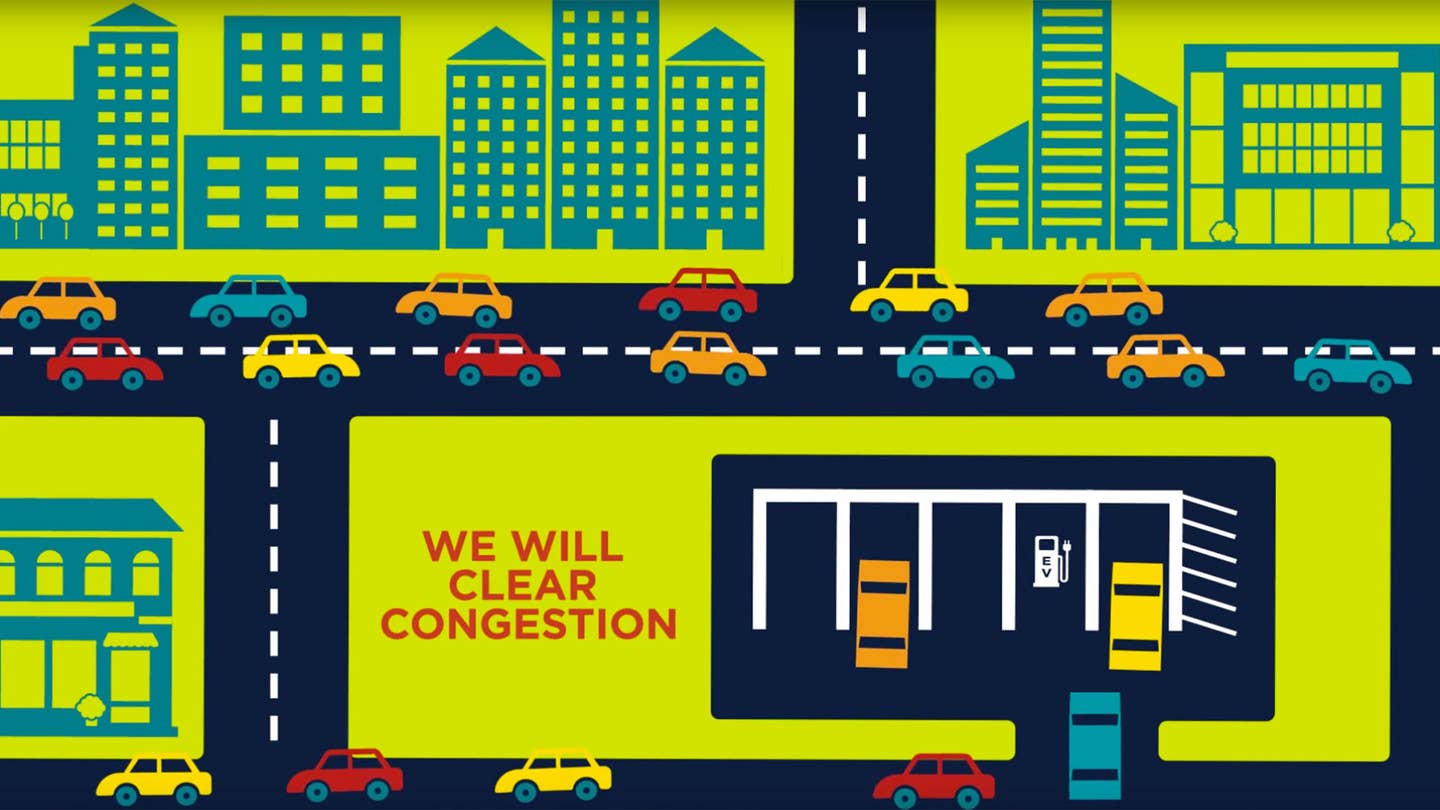 Sidewalk Labs, another recently-spun-off subsidiary of Google’s parent company Alphabet, wants to use its new Flow data tool to make it easier to get around a city. To test it out, the Silicon Valley titan hopes to unleash the technology on Columbus, Ohio—but the details of how the project might be implemented contain details that cast cyberpunk shadows reminiscent of Neuromancer.

Sidewalk describes Flow as “a transportation coordination platform that uses analytics and messaging to…increase the efficiency of road, parking, and transit use, improving access to mobility for all.” In English: Flow crunches anonymous data from numerous sources—much of which is already being collected, like that from city cameras, smart parking meters, and cellphones—to divine the best ways to move people around a city. Flow can then reorganize private and municipal transport options to make that happen. Sounds good, right? Not so fast.

A quick bit of history: Columbus, Ohio recently won the $50 million U.S. Department of Transportation’s Smart Cities Challenge, which sought to develop 21st century approaches to urban transportation. Sidewalk Labs worked with the seven finalist cities to develop Flow; with Columbus the victor, Sidewalk Labs has offered the city a three-year free demo of the infrastructure management program, which the city is currently examining.

Flow could help address urban transportation problems from the simple to complex. On the easy side, it could help people find parking—a big deal, considering some studies say 30 percent of urban traffic congestion is caused by people looking for a spot. Flow would use camera-equipped cars to map every public spot in a city and read the relevant signage; then, using data from smart parking meters, Waze, and Google Maps, Flow could point nearby drivers to open spots. On the more complicated end, Flow could help communities underserved by public transport. By aggregating data from places like bus stops, Flow could conceivably re-route buses to areas with the most demand.

Yet when the Guardian dug into how Sidewalk Labs pitched its services to cities, using Freedom Of Information Act requests to view the documents and the memorandum of understanding (known as an MOU) Sidewalk submitted to Columbus, it found surprises aplenty. The Flow demo would ideally institute demand-based fees for parking spots, expecting to increase parking revenue by 10 percent per year for the city. Flow’s AI would also suggest the most lucrative routes for parking enforcement officers, a single line-item predicted to deliver $4 million per year to city coffers. And to provide more transport options to underserved, low-income residents, the MOU stipulates that the city disburse its transport subsidy money for free or reduced-cost bus passes through Flow—which could use the money to subsidize private ride-sharing services like Uber and Lyft instead of bus rides. Google Ventures, by the way, controls a five-percent stake in Uber.

For Flow to work as efficiently as possible during the demo period, Sidewalk says that the city would need to integrate all of its transport systems with Flow software, and allow Sidewalk mobile payments (probably based on Android Pay) for all transport and parking options. Columbus would get one percent of the payment income, estimated at $2.25 million annually.

On top of that, if Columbus signed on, the city would be responsible for upgrading all infrastructure, training municipal employees, and passing legislation to Flow standards, as well as “[sharing] all of its public transport data with ride-sharing companies.” A Flow-developed app—think Google Maps on steroids—would become the go-to portal for Columbus residents to get around the city using any method from bike sharing to trams to their own cars. And of course, Google would be harvesting data all the while. As one of the Google documents stated, “During the demo period, the [city’s] data platform includes…data exchange with one party—starting with Google.”

Nothing in the proposal is inherently good or bad; the concept of Flow will upend urban transportation, but you know what they say about omelets and eggs. Sidewalk says data from all sources—including the public Wi-Fi hubs it plans to add—will be anonymized. And cities will need to be much more connected in the future anyway, if autonomous cars are to work optimally.

As Sidewalk COO Anand Babu put it, “When governments and technologists collaborate, there is an enormous potential to reimagine the way we approach urban mobility.” And he’s right. But giving a single for-profit company that much power over urban mobility is a huge deal. Whether or not Columbus should implement Flow requires a great deal of thought, what a potential partnership between Columbus and Sidewalk portends for the future needs even more rumination.