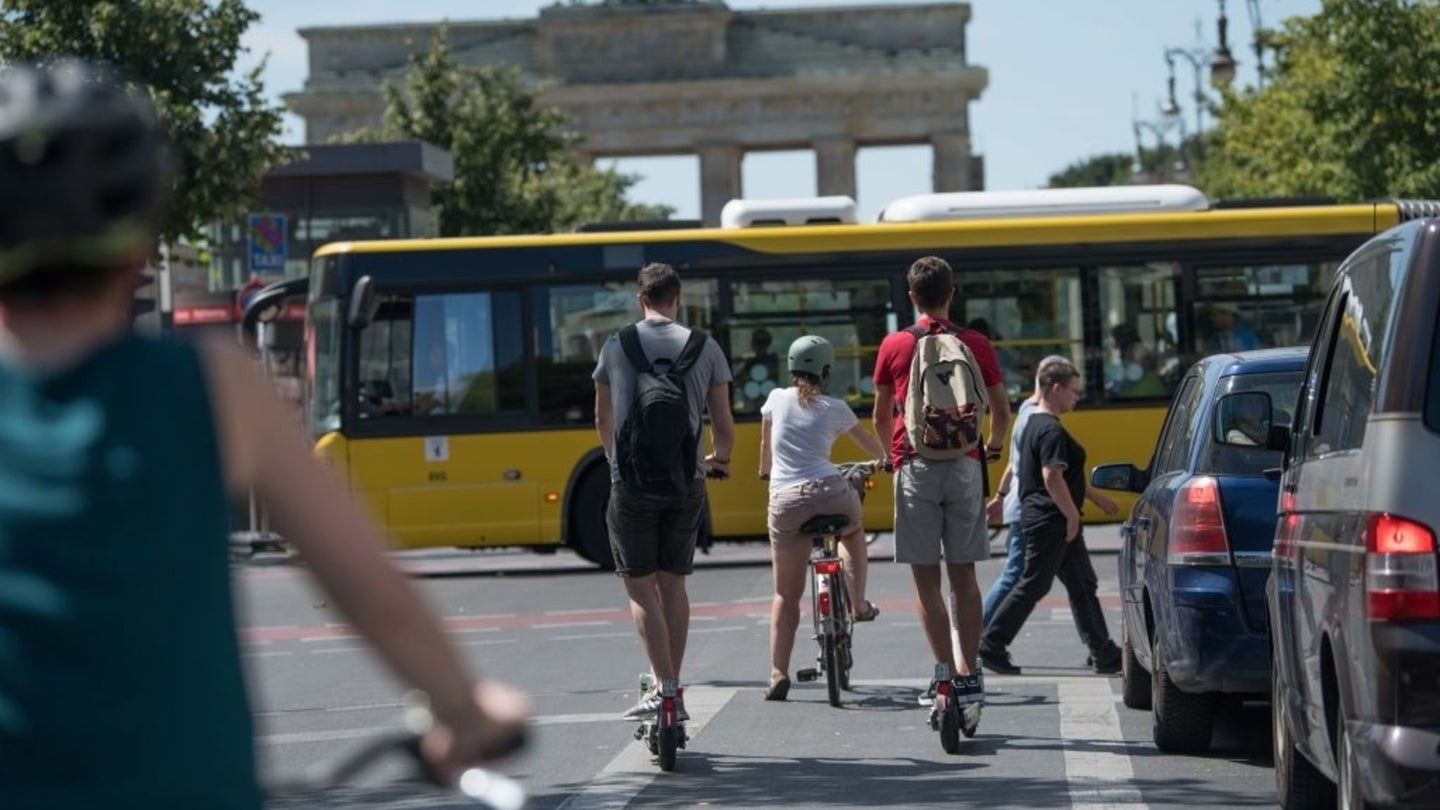 [Ed: please welcome David Zipper to The Drive's  mobility technology coverage. As a contributor to The Atlantic and CityLab, David has established himself as one of the most insightful voices on the confluence of technology and urban mobility challenges. He is now  studying these topics as a Visiting Fellow at Harvard's Kennedy School of Government, and we are proud to publish his thoughts on these complex and challenging issues here at The Drive.]

Imagine the nearest transit stop is a mile away from you.  Would you be willing to walk to it?  If you’re like most Americans, you usually wouldn’t; few will walk further than a half mile.  But what if you could get to the station quickly and cheaply by ride hail or a shared e-scooter?  Would that be enough to get you to take transit?

If you find yourself thinking “maybe,” you’re the kind of person who gets mobility wonks fired up about the so-called “first mile-last mile” (FMLM) en route to or from a transit station. Transit agencies have a lot at stake in FMLM; thanks to the power of pi, expanding a transit station’s reach from a half-mile to just 1.5 miles makes it accessible to nine times as many potential passengers (assuming uniform population density and a grid-like street layout).

A few years ago Uber and Lyft were seen as a FMLM savior, but it’s becoming clear that people will only hail a ride to transit in very limited circumstances.  Instead, the focus is now shifting to micromobility devices like scooters and e-bikes—which just might be the vehicles that can attract the new passengers that ridership-losing transit agencies are eager to find.

Not long ago ride hail was widely seen as a FMLM winner, with the hype peaking  around 2016 when the Federal Transit Administration (FTA) awarded $8 million through its Mobility on Demand (MOD) Sandbox program to eleven transit agencies, five of which mention FMLM in their blurb on the FTA website.   Some agencies, like Valley Metro in Phoenix, hoped to make it easier for riders to plan trips combining ride hail and transit, while others like Pima County, Arizona provided ride hail subsidies to or from a transit station.

Although data from the MOD Sandbox projects is still being analyzed, numerous people involved in the program say initial results from FMLM ride hail projects haven’t met expectations.  An example: Pierce Transit in Tacoma, Washington offered free Lyft rides to and from six transit stations across the city, but monthly usage peaked this May at 757 trips, only around half of projections according to Penny Grellier, an executive at Pierce Transit who manages the pilot.

Transit agencies launching similar FMLM ride hail pilots without federal support haven’t fared much better.  In 2016 Pinellas Suncoast Transit Authority in St. Petersburg, Florida became the first transit agency in the country to subsidize Uber trips to bus stations, and a recent study from the Shared Use Mobility Center found that the agency attracted around 40 passengers per day with its Direct Connect program offering $5 off ride hail trips to designated transit stops.  That’s less than 1/1000th of the agency’s average daily ridership.

“The lack of evidence of ride hail working as a FMLM solution is damning,” says David King, a professor at Arizona State.  “We don’t see pilots becoming successful and scaling, and we don’t see them leading to increased transit ridership.

When you think about it, the FMLM concept has logical weaknesses when applied to ride hail.  As Jarrett Walker and Harry Campbell discussed on a recent podcast, ride hail drivers are incentivized against quick trips to a transit station because they make more money from long journeys.  And passengers hate waiting during transfers—something they’d almost certainly have to do when moving between transit and their ride hail vehicle.  Professor King also points to price sensitivity among transit riders, which could turn them away from even discounted ride hail trips. “How many riders are willing to pay even $5 more for a ride hail connection?,” he asks.

To be fair, ride hail still could offer a viable FMLM solution in specific situations, such as providing late night access to active bus lines (something Detroit has done with Lyft in its Night Shift program).  Adam Cohen, a researcher at Berkeley’s Transportation Sustainability Research Center, also sees promise in ride hail servicing certain rail terminuses like BART’s Livermore station, which are ”overbooked for parking and offer substantial savings in time and money compared with driving into a central business district.”  Most of the time, however, ride hail’s potential to be a FMLM solution seems limited.

But don’t give up just yet.  It’s possible that shared micromobility devices like scooters and e-bikes could be much better suited to deliver on the FMLM vision.

Think about it: an e-bike or e-scooter is cheaper than ride hail, and it transports its passenger without a driver, who would otherwise be incentivized against short trips.  And quick, easy transfers could be a powerful incentive to hop on a micromobility device to reach a station.  As long as there are enough scooters and micromobility parking spots nearby, using a shared scooter or e-bike adds practically no transfer time—unlike a ride hail transfer, which requires the transit passenger to wait for and locate the driver.

Micromobility is still very new, so there is limited research about its efficacy as a FMLM solution.  One encouraging study comes from San Francisco, where the city transportation agency found in a recent pilot that more than a third of micromobility trips were taken to or from a transit station, in line with internal numbers from Lime that company president Kon Kraus shared in a recent podcast.  But there are still big questions, such as whether vehicle concentrations near transit stations make micromobility a better last mile solution than a first mile one (since trips to transit could originate in places without reliable availability of shared vehicles).

If micromobility does prove to be a valuable FMLM solution, cities and transit agencies could use a number of tools to encourage it.  Most obviously, they could build protected bike lanes that let residents feel (and be) safe when riding a scooter or e-bike to and from a transit station.  They can install micromobility parking and charging stations adjacent to major stops so that it’s easy to drop off a vehicle or pick one up.  Cities can also raise restrictive caps on micromobility deployments that keep fleets too small for residents to feel confident they can find one when using transit.

Such a move would delight micromobility companies, which are embracing their FMLM opportunity.  JUMP already has a partnership with Sacramento’s transit agency to place charging bays in seven light rail stations.  Gabriel Scheer, a senior director at Lime, says his company is currently working on several such partnerships.   “We see it as core to our mission to be a FMLM provider, and to support transit,” he says.

Three years after awarding grants through the MOD Sandbox program, the FTA is again soliciting creative proposals from transit agencies for on-demand service.  A total of $15 million is available through the Integrated Mobility Initiative, with applications due by August 6th.  The FTA hasn’t said when awards will be announced, but transit leaders will be watching closely.  Given micromobility’s untested potential to act as a feeder to bus and rail, the FTA could provide a unique opportunity to learn whether scooters and e-bikes can finally deliver on FMLM’s tantalizing vision.