The futuristic vehicles will soon hit the streets of the English town, transporting passengers along the way. 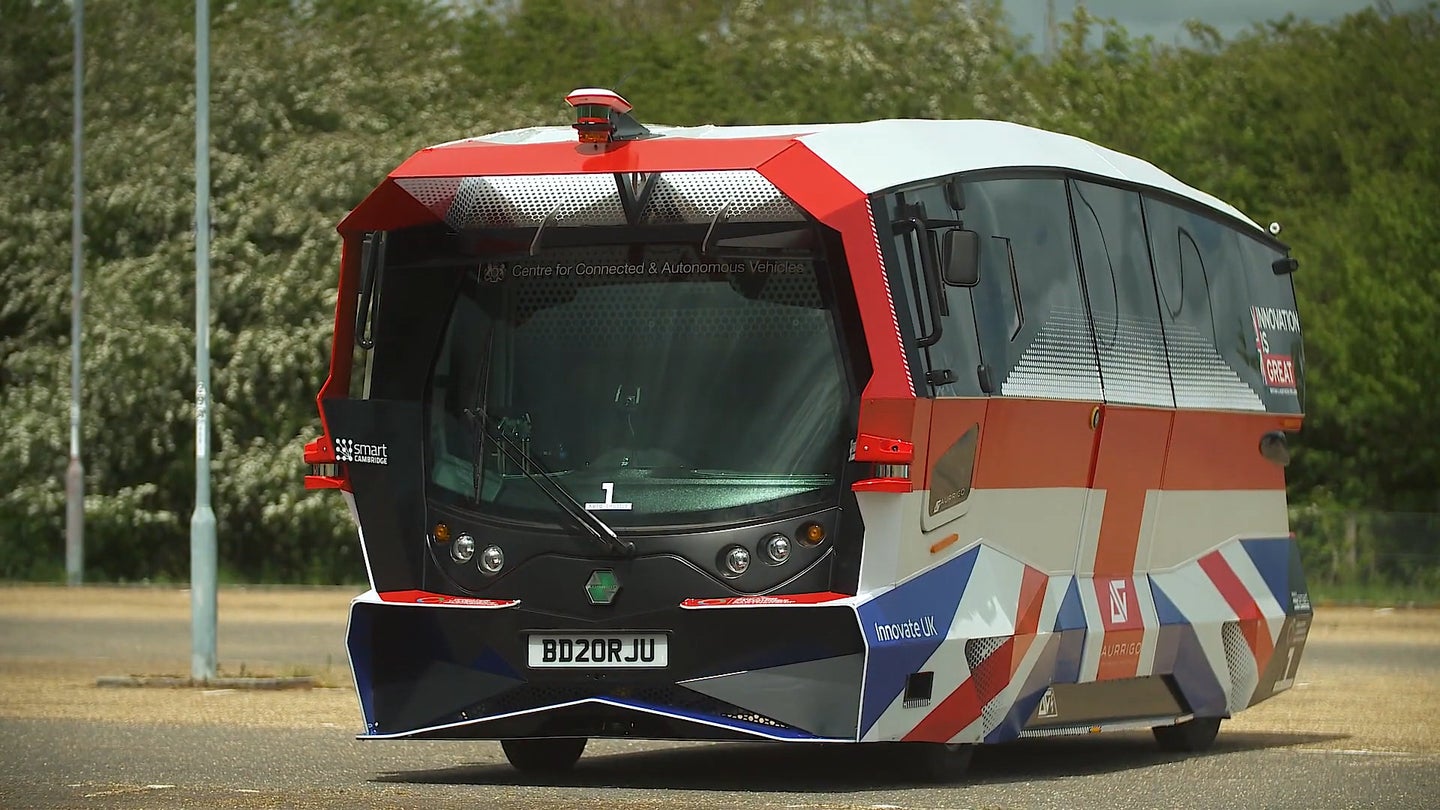 Self-driving cars may still be a ways off, if they get here at all. Less often discussed are larger vehicles, like self-driving buses. The potential improvements this technology could bring to public transport is significant—round the clock services would no longer require drivers to stay up all night, for example, and many more vehicles could be deployed without requiring an equal growth in staff numbers. The town of Cambridge in the United Kingdom is charging towards that future, implementing a futuristic self-driving fleet to ferry its citizens around, reports the BBC.

The town will be fielding three Aurrigo Auto-Shuttles, each capable of carrying ten passengers at a time. The small buses feature a 22kW electric motor paired with a 47kWh battery, providing a range of around 100 miles between charges. The vehicles travel at 20 mph, and will operate on a roughly 2 mile loop between the West Cambridge University campus, the nearby Institute of Astronomy, and a local park-and-ride bus station. The vehicles were developed in collaboration between Aurrigo and the Greater Cambridge Partnership, a group consisting of local councils and the University of Cambridge working to deliver projects in the area. The self-driving bus market won't be theirs alone however—players like Mercedes and Proterra have been working away for years now.

"These shuttles can be used on demand all day and night, every day of the year," stated Claire Ruskin, GCP boardmember, "which is unaffordable with our existing public transport." While the autonomous vehicles are intended to operate without human intervention, a safety operator will be on board while the vehicles are in use during the trial. This precludes the benefits of driver-free round-the-clock operation, however if the vehicles prove successful, such measures may be rescinded down the track.

Perhaps the most striking feature of the Auto-Shuttles is the hyper-modern aesthetic. Featuring angular, swooping lines and faceted panels, it recalls such aggressive designs as Lamborghinis of recent years, though the electric bus has little need for gulping down huge amounts of atmospheric oxygen. Whether or not you like the Union Jack livery or prefer the sleek grey really comes down to taste. It might have little to do with performance, but the cutting-edge look could go a long way to raising the profile of the project among locals. The Daily Express reports that there has been some opposition thus far, with some saying the project is an "accident waiting to happen."

It's difficult to imagine things going too badly over in Cambridge; after all, it's hard to get up to much mischief moving at just 20 miles an hour. If all goes well, however, the residents of the area might come to enjoy a shuttle service that gets them where they need to go—day or night, rain or shine.