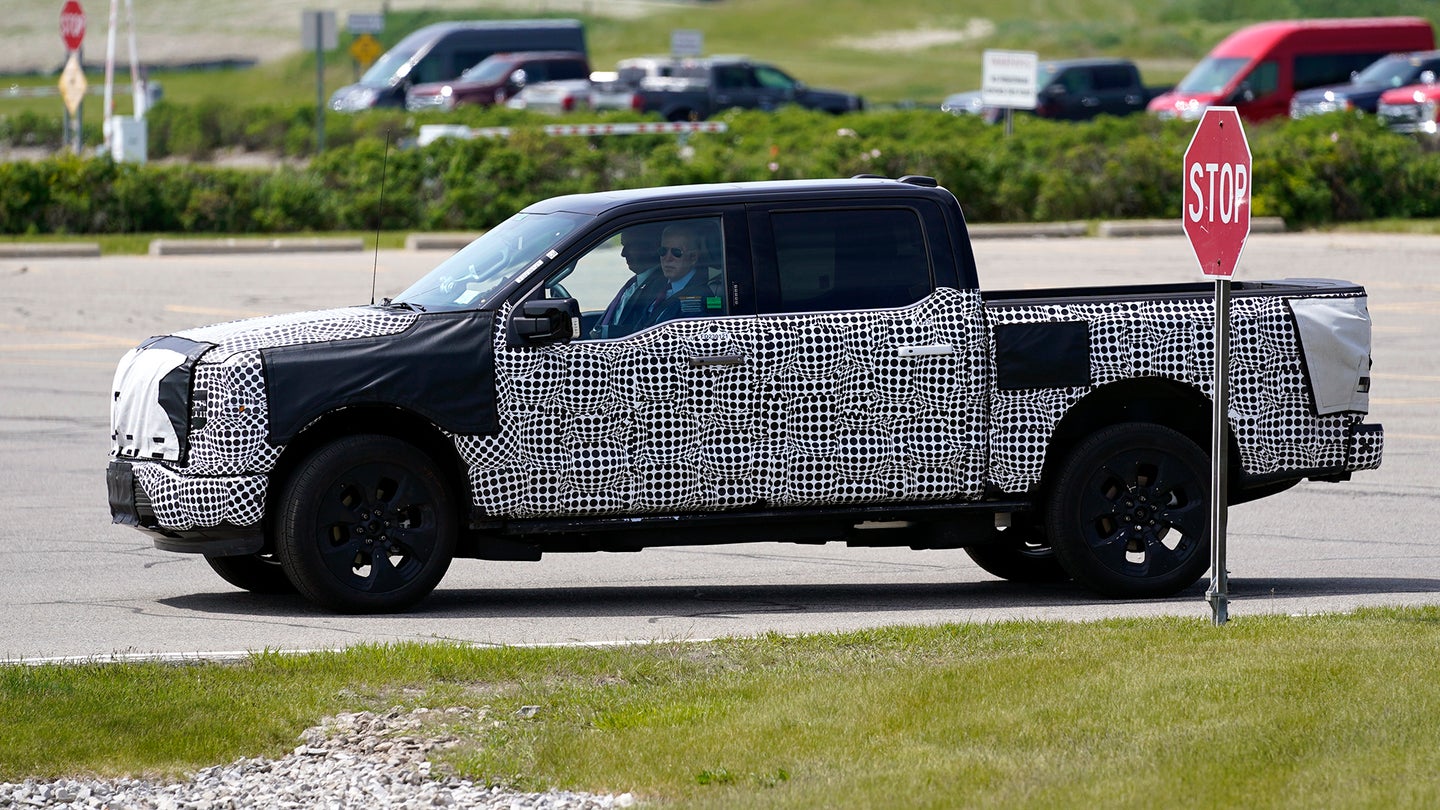 With about an hour to go, it bears reiterating just how big a deal this is, no matter if you're jaded from the constant headlines, skeptical about electric vehicles or completely uninterested in trucks. With the F-150 leading the way, Ford's F-Series full-size pickup trucks are the most popular vehicles in America, full stop. What we're about to see tonight is the model's biggest shift in more than half a century: the fully-electric 2022 Ford F-150 Lightning. And you can watch it happen here at the livestream below.

This is most certainly not the soft landing Ford gave the Mustang nameplate by sticking it on a crossover to lure in new buyers and give this whole BEV thing a good trial run. No, the F-150 Lightning is supposed to be an F-150 through and through, in looks, feel, and most important, capability. Just, you know, electric. Considering the myriad ways people use pickups in this country, that's a gigantic task for a powertrain whose potential is frankly still being realized.

What do we know about it so far? Not a whole lot for sure, though thanks to President Biden's curiosity during his visit to Ford's Rouge Electric Vehicle Plant yesterday, we can say that the massive lithium-ion battery alone weighs 1,800 pounds, and despite that, the truck still rockets from 0-60 mph in 4.4 seconds. That's because it appears Ford followed up on its promise to make the Lightning the most powerful pickup in the F-Series lineup.

It's also going to look like most other F-150s, save for a lightbar across the front grille and a more rounded fascia overall, something else we got a good look at yesterday. As for tech, expect screens, an enhanced version of the ProPower Onboard generator system found in the current-gen gas-powered F-150, and Ford's new optional BlueCruise hands-free highway driving technology.

The big unknowns are obvious. How much can it tow? What about payload? What's the range? And is there really a giant untapped market for an electric F-150, or is the Lightning going to have to carve out its own niche before regulations make BEV trucks more of an inevitability?

The livestream starts at 9:30 pm ET, and look for our coverage on the 2022 F-150 Lightning to post to thedrive.com homepage then.