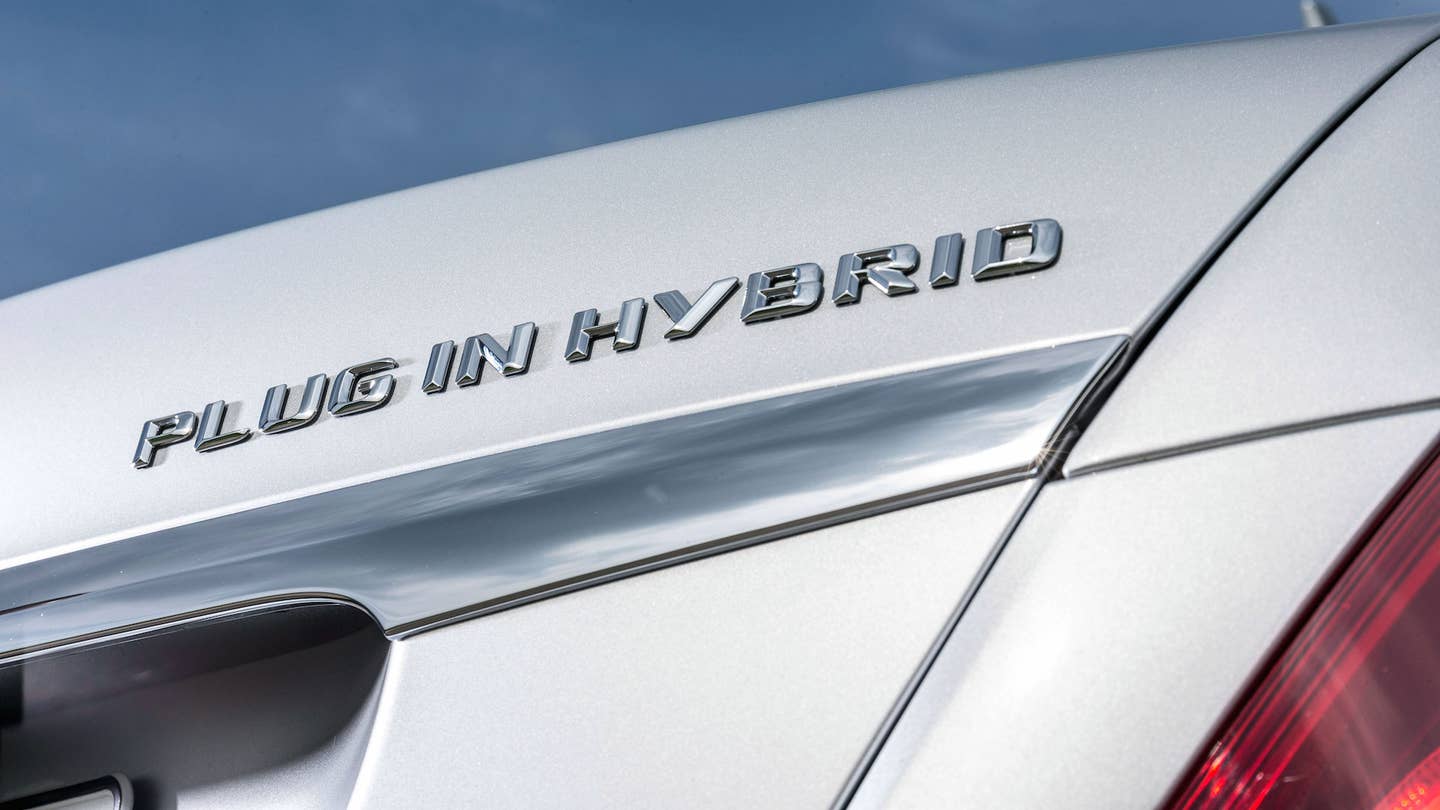 While it may make for fewer headlines and laptop wallpapers than the over-endowed Mercedes-AMG S63 and Mercedes-AMG S65, the S-Class range includes at least one economy-minded model: the plug-in hybrid S550e. By working together, a 3.0-liter twin-turbo gasoline engine and an electric motor provide the "e" with 436-holier-than-thou horses and, in full economy mode, up to 63 mpg. It's perhaps the most regal hybrid on the market, every bit as swift and expensive as its traditional V8 powered sibling, the S550.

Still, you can always make something more luxurious. So in addition to the larger battery and other upgrades Mercedes-Benz is outfitting the S550e with for the 2017 model year, the carmaker is fitting the electrically-boosted S-Class with inductive charging. No more jostling with plugs and cords for Earth Shoes-wearing millionaires; simply pull the Benz over a special charging pad and leave it to gorge on electrons while you're inside dozing on, presumably, the world's finest hemp sheets.

The 2017 S550e uses a system much like the kind of wireless charging found on humble electric toothbrushes, albeit on a much larger scale. The two induction coils—one under the engine bay of the S550e, the other installed in the floor—must be placed within six inches of each other for power to flow. Once correctly aligned (using either an in-car display or an automatic parking system), the car will start charging automatically at up to 3.6 kW. Mercedes allows that the induction charging system is less efficient than the more traditional cord, though it boasts that the system can reach 90 percent efficiency. There will still be a traditional charging port for those times S550e drivers are away from their pricey inductive charging pads, however.

While the expected near-$100,000 price tag of the gas-electric S-Class is nothing to scoff at, buyers of the S550e will be able to boast futuristic tech beyond even what Tesla Motors—and its headline-grabbing Autopilot—is offering. (Wireless charging for the Tesla Model S, Nissan Leaf and Chevrolet Volt is available only through third party vendors like Plugless Power.) But then, it's not really in the tradition of an S-Class owner to brag. Instead, most S550e drivers are likely to save the smugness for the times they pull silently into the "EV only" spots at Whole Foods, much to the chagrin of Prius drivers holding bags of microgreens sure to wilt on longer walks across the parking lot.