The search continues for who stole it and why. 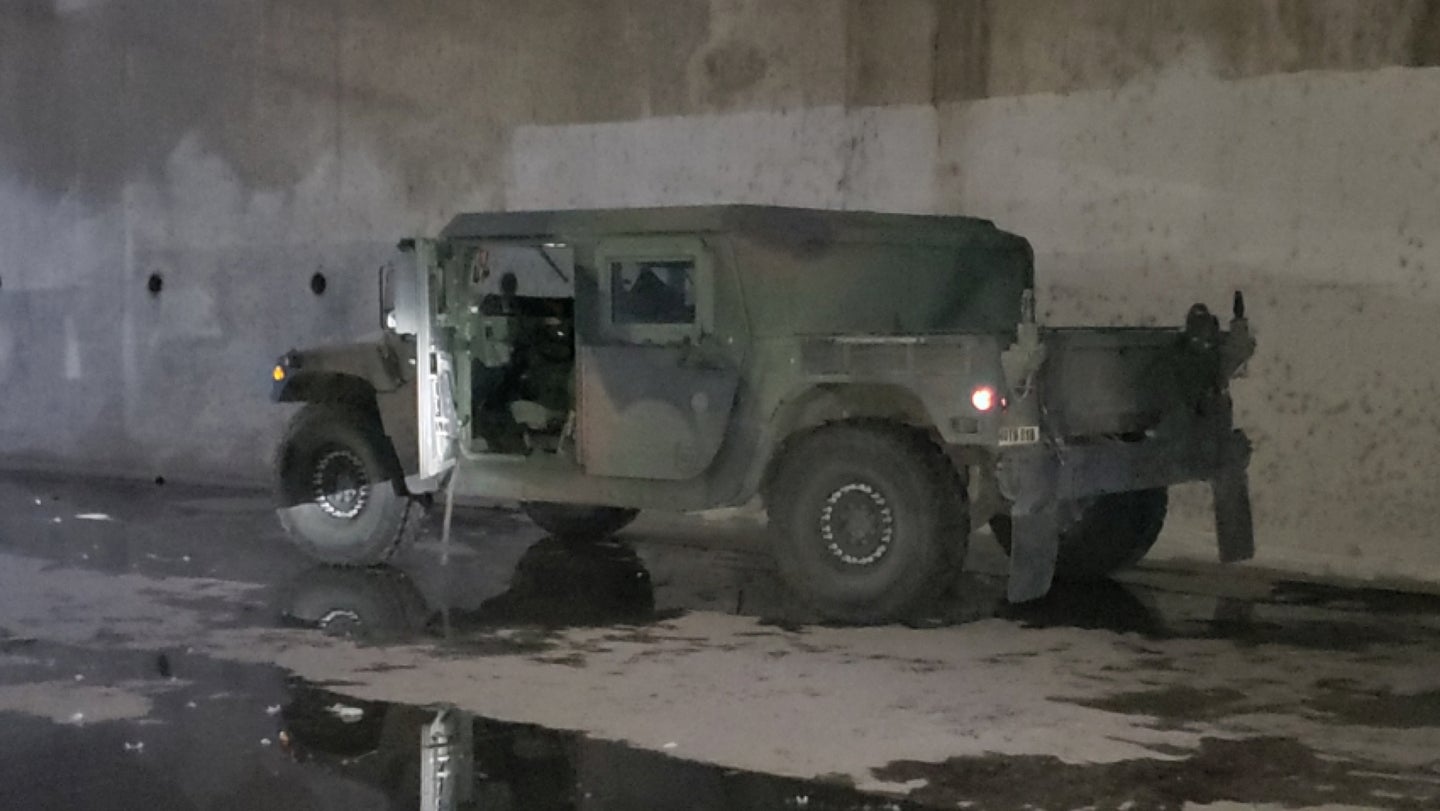 An armored military Humvee stolen from a National Guard Armory near Los Angeles was recovered Wednesday morning, reports CNN. Officials say the Humvee was found in the Los Angeles River in southeastern Los Angeles County. Now the search is on for the thief.

Per the FBI, the Humvee was stolen from the armory in Bell, Calif. at around 8:15 a.m. on Friday morning. The four-door camouflaged Humvee was considered a combat vehicle as it had been upfitted and armored. It was worth roughly $120,000.

The Humvee didn't travel too far, as it was recovered only a few miles away from the armory itself, off Downey Road in neighboring Vernon, Calif., reports KABC.

Obviously, stealing a military vehicle is a bit more serious than stealing a garden-variety six-figure supercar. A theft from a military facility is a federal law violation, and the thief faces up to 10 years in federal prison.

Given that the FBI thanked the California Army National Guard, Los Angeles Police Department and the California Highway Patrol for helping its Major Theft Task Force find the stolen Humvee, it's safe to say that there are more eyes looking for this thief as well.

No information has been released about a possible suspect or a motive for the theft. The investigation is ongoing, reports CNN. The FBI previously offered an award of up to $10,000 for information leading to the vehicle's recovery. KABC notes that it is unclear as to whether law enforcement or a civilian found the Humvee Wednesday morning.

The FBI confirmed that armed tactical agents raided the headquarters in December, but would not comment on the reason for the raid.

You Have a First Amendment Right to Humvees in Call of Duty Games, Judge Rules