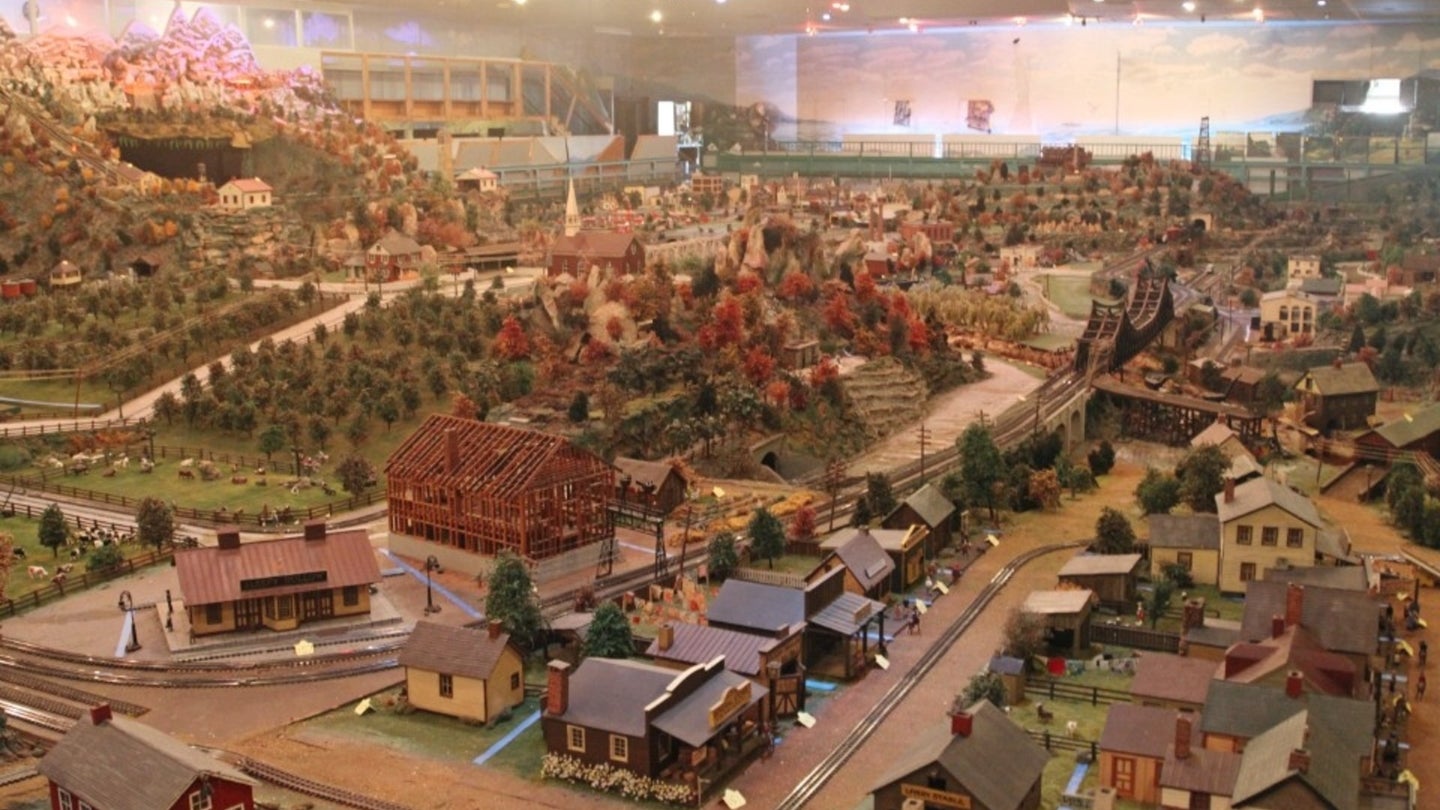 We all wanna be a God-Emperor, right? No? Well, let's just assume you do. It's not easy. Conquering the entire planet, convincing people you're omnipotent—it's a real task. Ask me how I know. Anyway, if you don't wanna go through that entire process and you really just want to play with your model cars, you could buy your own miniature town, which is still, in fact, very large. There's one going up for auction on Dec. 28, actually, so you're in luck.

The only issue with this miniature town is that there aren't a lot of cars yet. No scale for this huge model is listed, but it appears as if it's something like 1/64th, so Matchbox and Hot Wheels would likely work. There are also no details about what time period the town is in, but judging by the few cars that are in the model, the town is likely set somewhere between 1930 and 1950. You could keep it period correct with similarly vintage model cars, or just set up slot tracks for county-wide competitions. Or mini RC police chases. Or weird Godzilla impressions.

The miniature town is located in Shartlesville, Pennsylvania, about 45 minutes west of Allentown. It's said that it contains "Items from four generations and seven decades of business operations at Roadside America and PA Dutch Gift Haus," which includes, as you can see, dozens of buildings, several bridges, tunnels, mountains, foliage, a railway—just an incredible amount of stuff. Certainly, a respectable domain to rule over.

If you're not interested in buying the whole thing, you can also just buy smaller pieces of it, like individual buildings or structures. In fact, it seems like that's really what the auction house is trying to do—sell the entire village in pieces until only the unmovable landscape remains. Sort of a sad end to a project that certainly took somebody a very long time to complete, but that's just the way it is sometimes. At least parts of the project are finding life somewhere else. 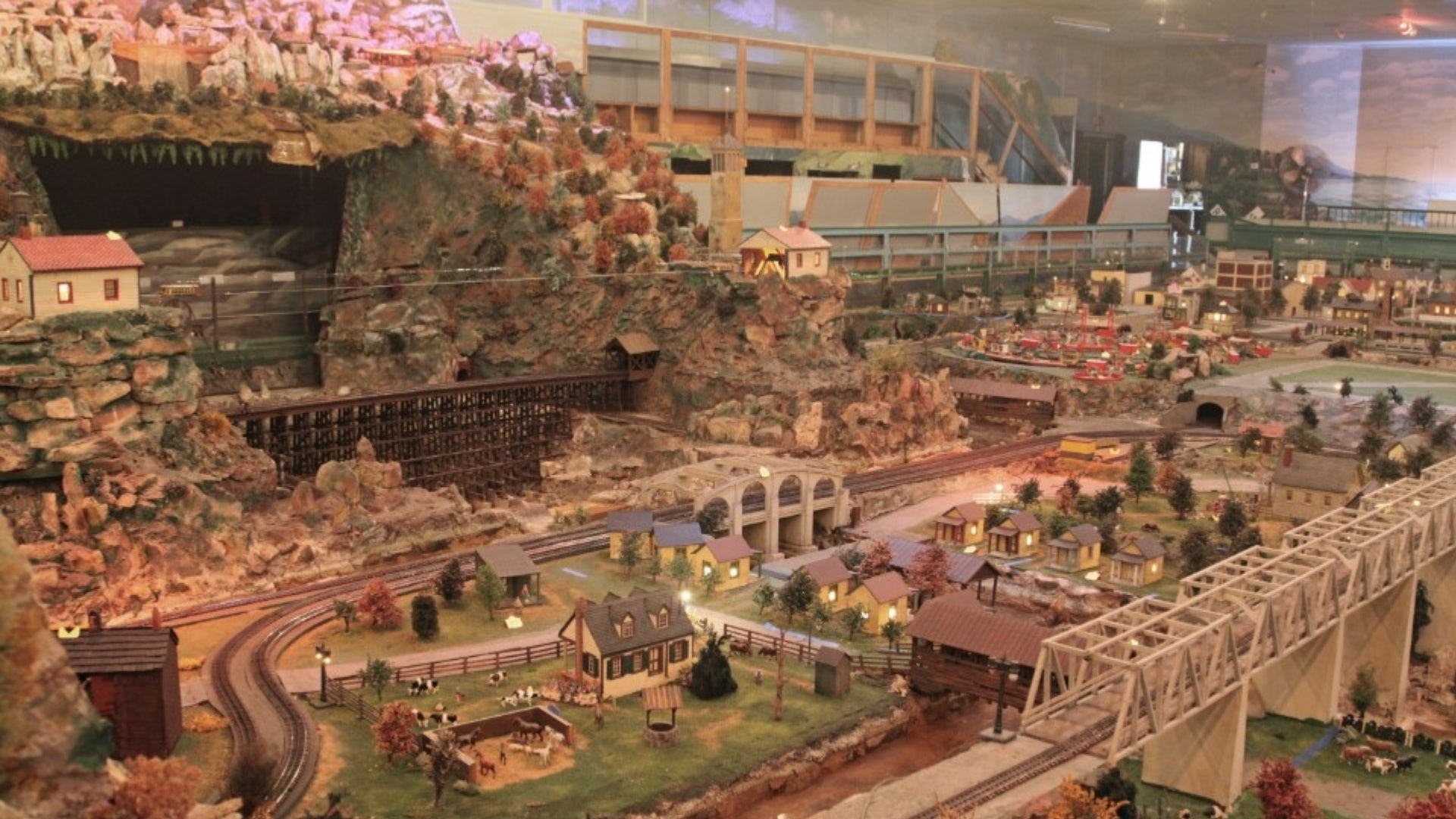 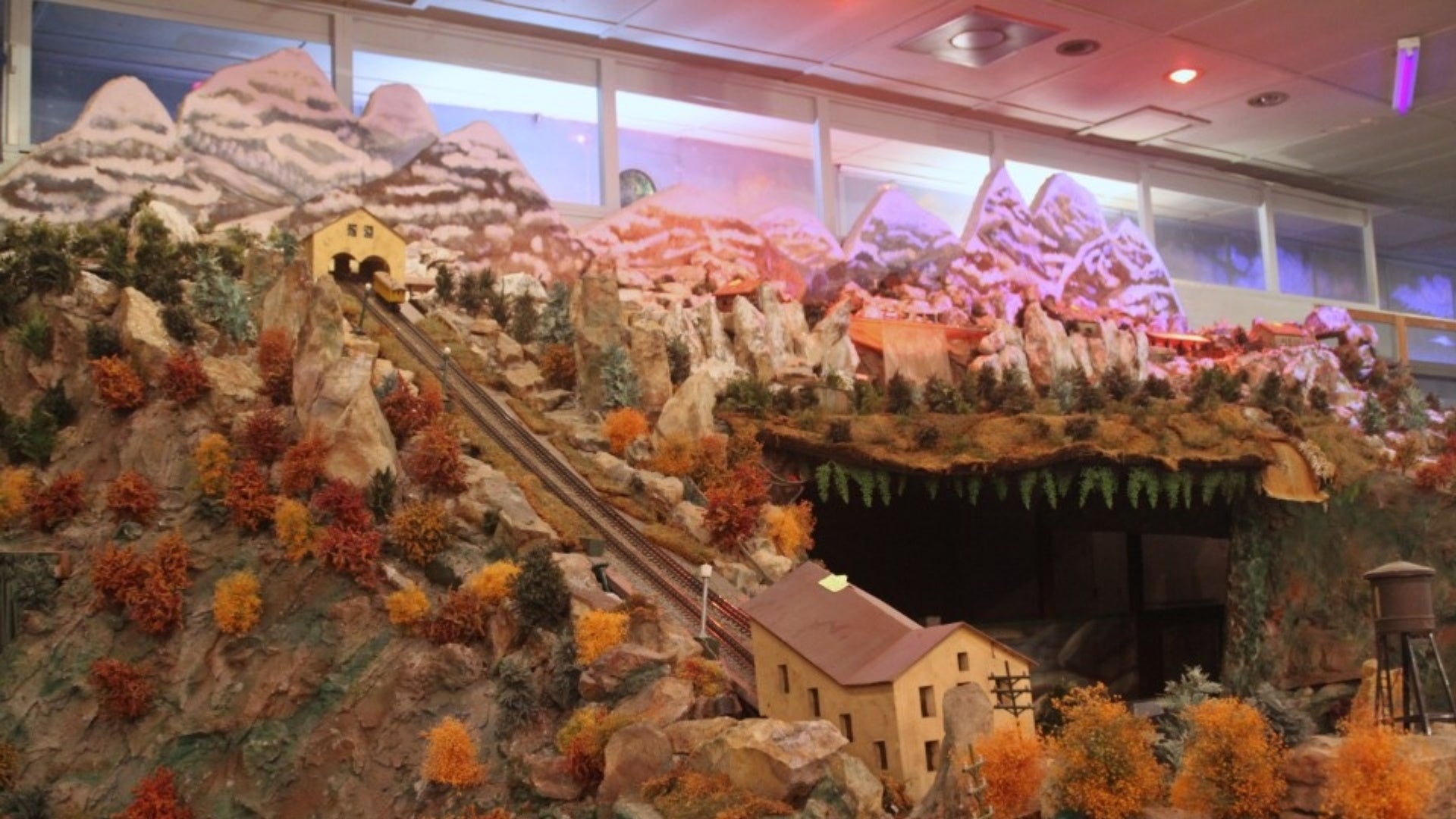 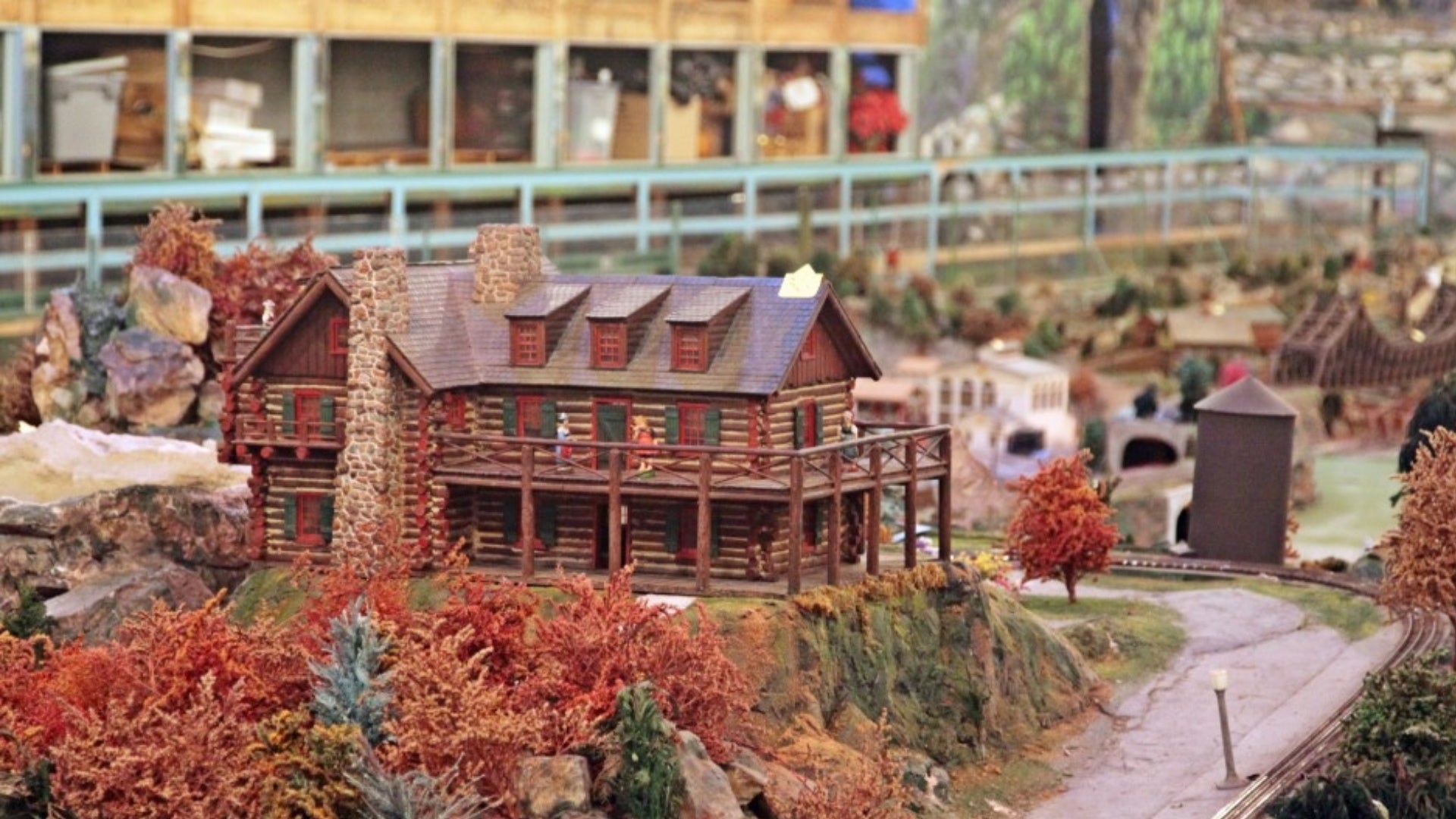 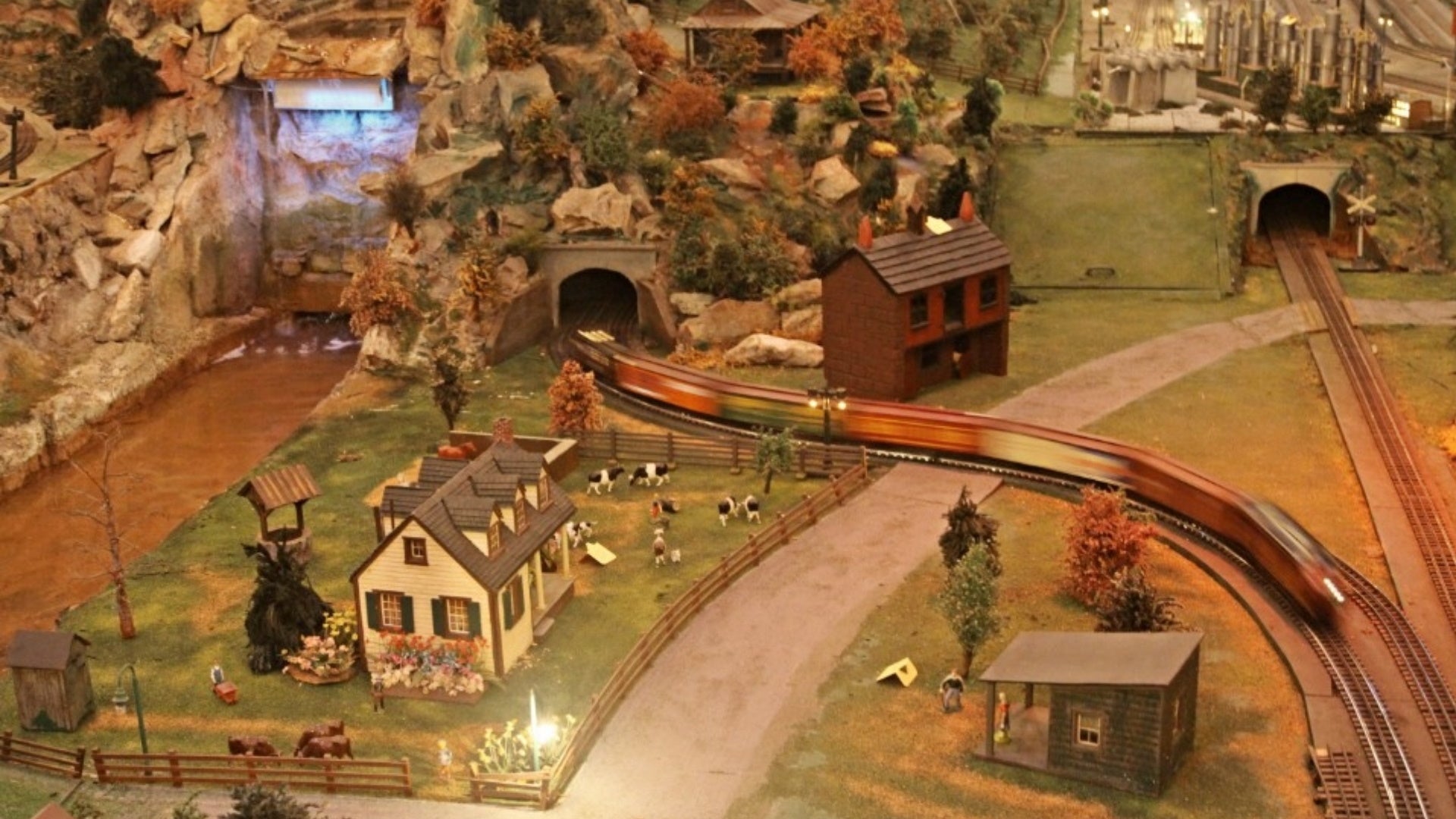 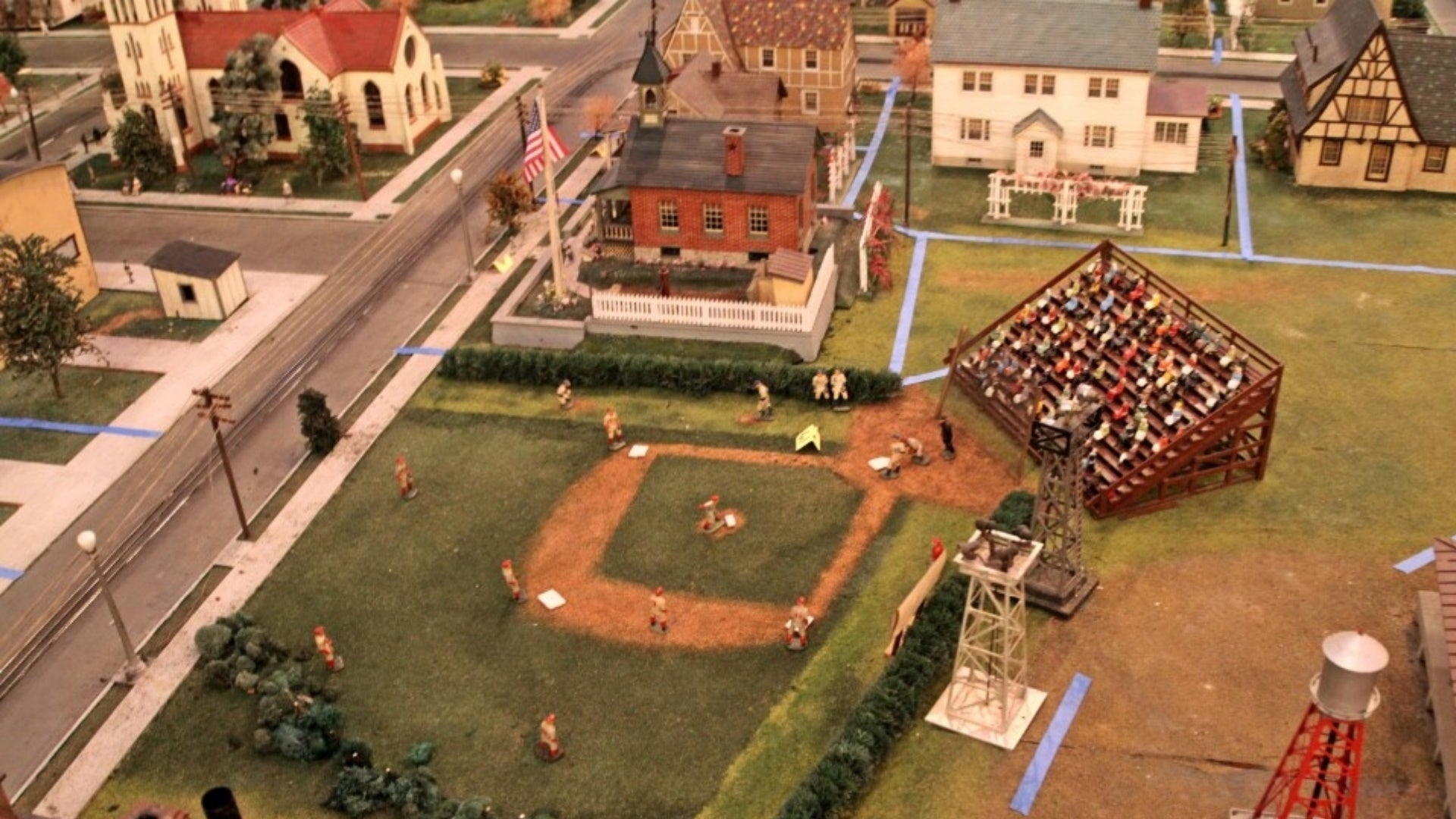 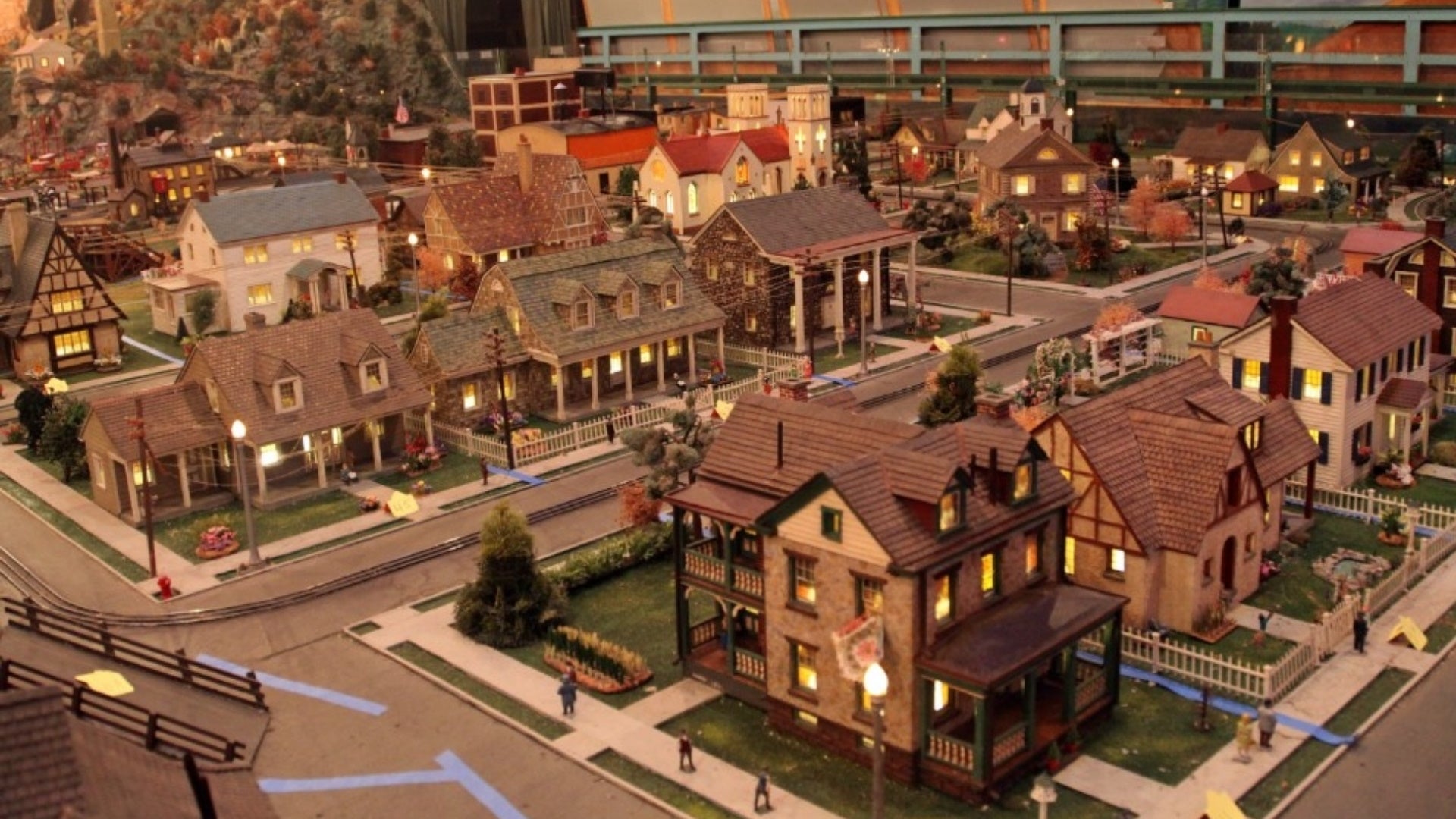 If you're interested in expanding your domain by purchasing these little buildings and living out your mini-car fantasies, the online auction for the numerous lots will kick off Dec. 28 at 9 a.m. and end on Jan. 24 at 6 p.m. That's plenty of time to decide on which buildings to purchase. Just make sure they line up with your ideal of the perfect world. You are, after all, building your own empire.