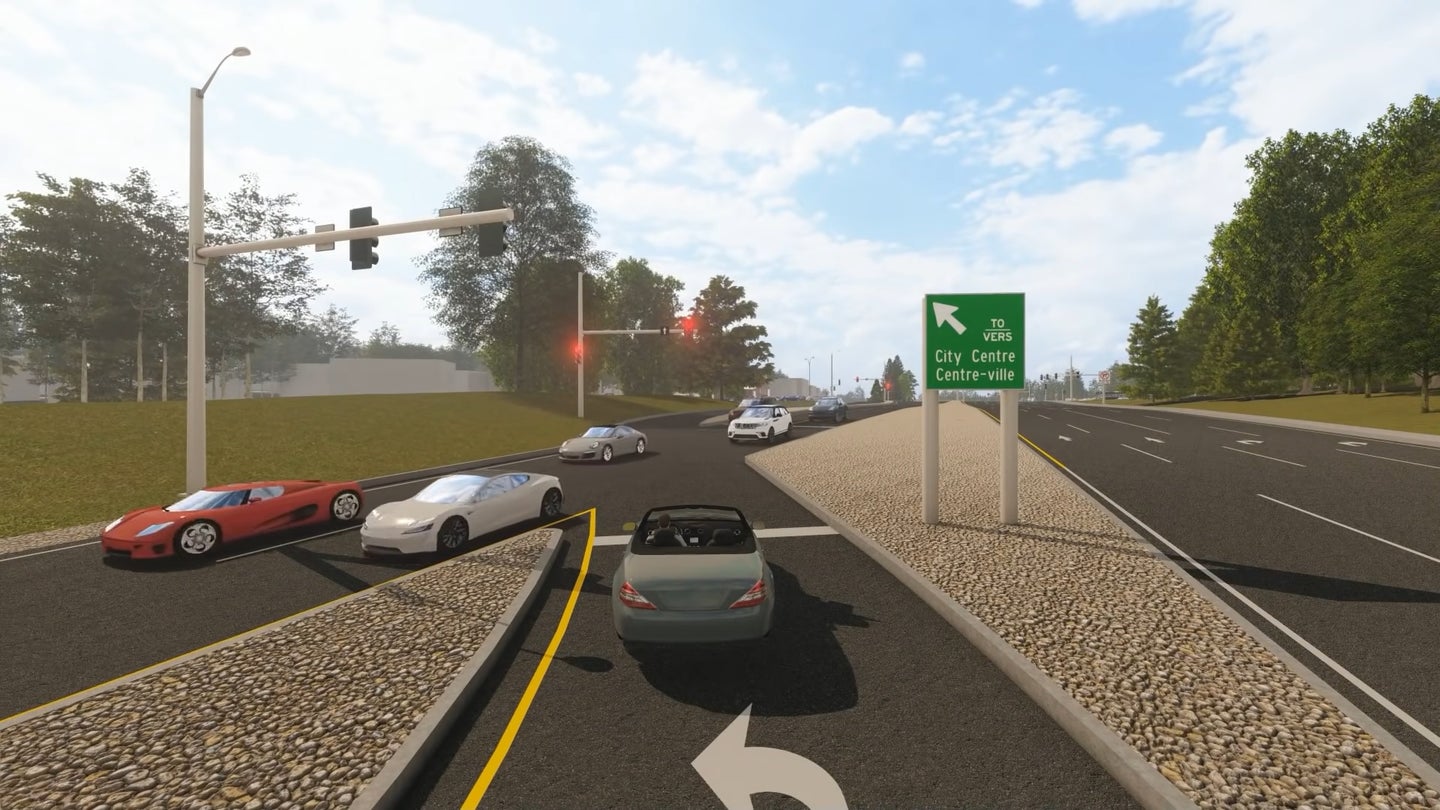 The city of Charlottetown, Prince Edward Island is getting a new intersection, and in the interest of making things easier and safer for everyone, the local Canadian government created and released 12 videos on how to use navigate the intersection. Yes, that's a total of 12 well-produced videos detailing what looks like almost every conceivable scenario Charlottetonian motorists might find themselves in.

Connecting Riverside Drive with Charlottetown's City Center, the intersection is what's known as a "displaced left-turn" or "continuous-flow intersection." Via CTV News, chief engineer for the PEI's Transportation Department Stephen Yeo says the new setup is "designed to ease congestion at a junction that handles about 45,000 vehicles daily during the tourist season," and that the current configuration has drivers turning left from the highway waiting "up to 20 minutes to complete the maneuver onto St. Peters Road."

This displaced left-turn intersection is apparently the first one of its type located in Canada and essentially requires those turning left to stop and turn left into a dedicated left-turn lane well before turning left through the intersection-proper. Confused? The province of Prince Edward Island has got you covered.

Remarkably, there are 11 other videos just like this one you can watch here for those who'd like to get a (much) more thorough overview of how exactly this junction functions. Although, we're not sure all of them were all that necessary. The second one in the series, for example, is almost a full minute long and essentially walks you through how to drive straight through. (Answer: Be in the correct lane and...don't turn left or right once you get to the intersection.)

We can debate the video series' necessity all day but we'd like to take a moment to appreciate the ambitious selection of cars included by whoever was responsible for putting these clips together. Despite what it looks like here, no, Canada does not have a program in which citizens are issued their own free luxury car once they hit driving age. Not one the rest of the world knows about anyway...

The new intersection will reportedly be open to traffic as early as this coming Sunday, Nov. 15.