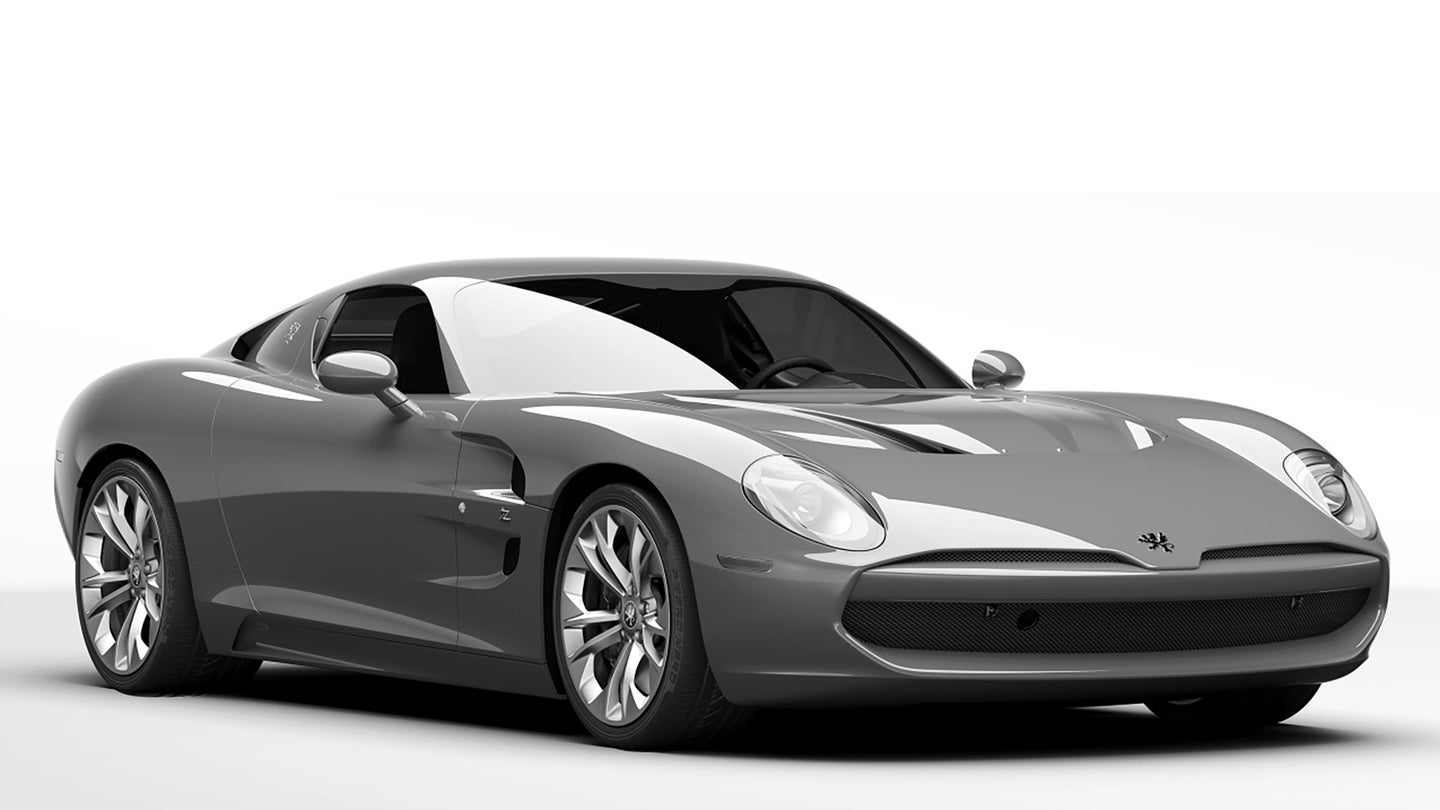 The maddest of the Milan-based coachbuilders, Zagato, has come up with yet another limited-edition collector car, this time built on the Corvette Z06 with an LT4 bored to 6.8 liters. Called the Iso Rivolta GTZ, this carbon-bodied gran turismo pays tribute to the stunning 1963 Iso Grifo A3, an Italian masterpiece also powered by a Chevy V8.

Zagato's previous Italian-American affairs include the Alfa Romeo TZ3 Stradale, which was based on the Dodge Viper ACR-X. This time around, since Iso used the Chevrolet 327 for the A3, Zagato went with the more sensible of the supercharged Corvettes, only to announce that the first production Iso Rivolta GTZ is set to be delivered as early as this October. The coachbuilder added that nine of the 19 it intends to make have already found their homes.

Penned by Bertone's Giorgetto Giugiaro and engineered by Giotto Bizzarrini, the original Iso A3/L quickly spawned a competition variant known as the A3/C, after which Renzo Rivolta decided to press on by calling the road car the Grifo GL and produce it at Iso's headquarters in Bresso. Bizzarrini wasn't a fan of that idea and took his Le Mans-bound A3/Cs to Piero Drogo’s workshop in Modena instead. Their partnership fell apart right after production began in 1965, after which Renzo Rivolta died, and only 22 of these cars were completed prior to the company's 1974 bankruptcy. Bizzarrini S.p.A folded five years earlier.

While the record shows that Enzo Ferrari, Giotto Bizzarrini's former boss, wasn't the easiest person to work with, neither was Giotto.

Looking at the new Zagato, some of you may remember that this isn't the first "Iso Rivolta rebirth" built on Corvette performance. Back in the early 1990s, Renzo Rivolta's son Piero decided to consult Marcello Gandini and commission Dallara to develop a chassis and powertrain that could revival his family company, a car called the Iso Grifo 90. The project soon hit a wall and was mostly forgotten until in 2007, when the original Gandini styling model got rediscovered, only to be turned into a real car by a guy called Federico Bonomelli, who went for a Callaway-tuned C5 Z06 for a base.

No word yet on how much power a bored-out Z06 makes, yet Zagato promises more info during the car's reveal, where they'll no doubt invite some of "the more than 4,500 Iso Rivolta Club members" around the planet.