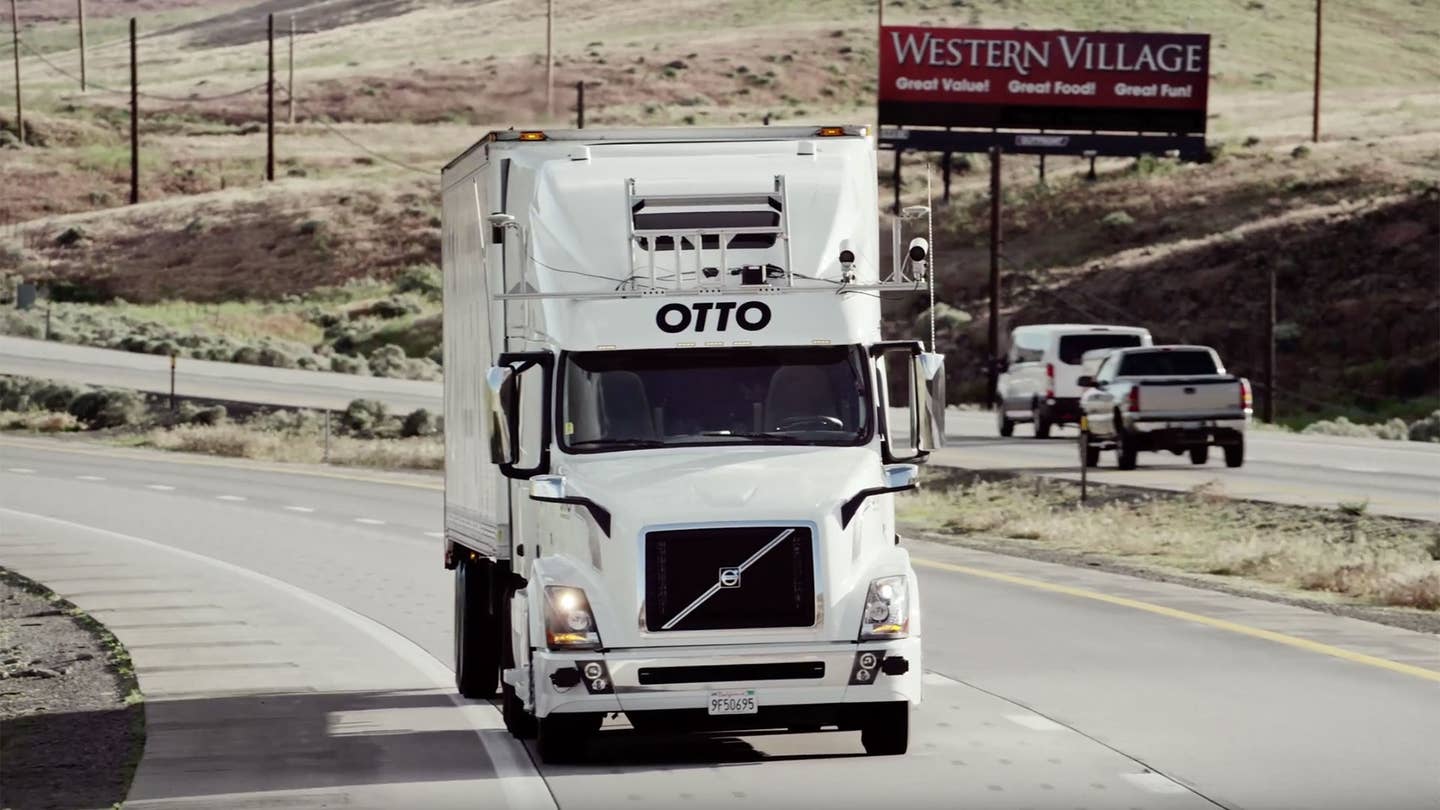 A group of Silicon Valley tech wizards, led by a pair of former Google bigwigs, has formed a new company with the goal of bringing self-driving technology to the commercial truck industry. But unlike Daimler and other companies working on the concept of autonomous big rigs, San Francisco-based Otto isn't looking to build entire fleets of self-driving trucks outright. Instead, it plans on upgrading current vehicles with all the technology they'll need to pilot themselves eastbound and down.

Otto's concept for self-driving trucks is designed for real-world practicality over futuristic fantasy. Instead of providing autonomous operation during every stage of the vehicle's journey, the company is currently working on what could be described as a more advanced version of Tesla's Autopilot—a system that would allow trucks to drive themselves on the highway, where semis spend most of their working lives. The human driver would, in a sense, be relegated to the role of harbor pilot; he or she would be responsible for driving the truck along local streets and parking it at the loading dock.

The company's leaders, Lior Ror and Anthony Levandowski, both hail from Google—and both have backgrounds that serve a self-driving truck company well. Levandowski was the former technical lead for Google's autonomous car division, and his work on self-driving vehicles dates back even before his time at the search engine-turned-tech-titan; Ror previously served as product lead for Google Maps. In addition, many of the company's other employees hail from the likes of Tesla, Apple, and Cruise Automation, which was recently acquired by General Motors for a tasty $1 billion.

The company, which claims to be entirely self-funded at this point, says it's looking to bring a product to market for a small fraction of a semi truck's $100K–$300K sticker price. But a working, salable version is still some ways off—not just for technological reasons, but for regulatory ones as well. In addition to the usual legal headaches that govern autonomous vehicles operating on public roads, any production version of Otto would also have to contend with the rules that determine how many hours a squishy, organic truck driver can operate a commercial truck per day.

In the meantime, though, Otto has released a little video showing off its prototype truck, based off a Volvo VNL 780. And no, we don't know why the literal backseat driver appears to be filling out his medical history.