Think of it as a classy drift missile. Well, kinda. 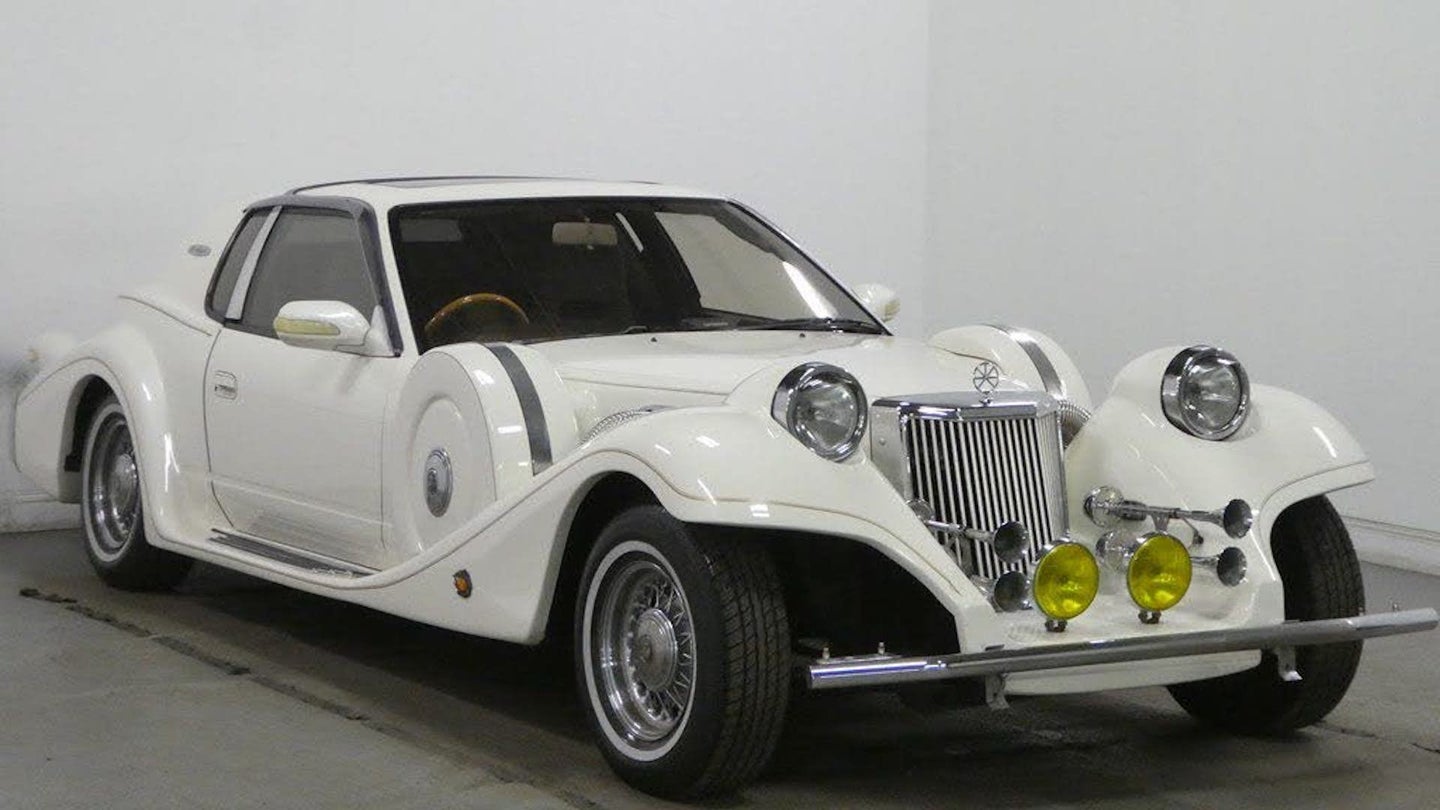 Bubble Economy-era Japan was, as Graham Chapman's King Arthur might have said, a silly place. It was an age of mid-engined "kei" city cars, sleeper Mitsubishi minivans, and neoclassic Nissans like the Figaro, Pao, and S-Cargo. But not all the looks-old-drives-new Nissans of the day were the work of Nissan itself. Some were the product of Japanese coachbuilder Mitsuoka which—following in the footsteps of Zimmer—turned hundreds of Fords and Nissans into two varieties of Brass Era-inspired neoclassics, one example of which has just come up for sale in the United States.

Named the Dore and Le-Seyde, these monstrosities (or marvels, take your pick) were based on the Fox Body Ford Mustang in the case of the convertible Dore, and for the hardtop Le-Seyde, the Nissan S-chassis. Nissan only ever sold the S-chassis in its naturally aspirated 240SX form here in America, though overseas, it was available with many more engine options, including the 1.8-liter, naturally aspirated CA18DE engine seen under the hood of this Le-Seyde.

Its gentle 131 horsepower and 117 pound-feet of torque travel through a four-speed automatic and down a driveshaft longer than the Moffat Tunnel to the rear axle, where they presumably struggle to move the lengthened, heavier Nissan. Being built in a right-hand-drive market, this Mitsuoka is driven from the right side, and steered with a wheel badged AMG—yes, that AMG. Mitsuoka built all 500 Le-Seydes years before AMG and Mercedes-Benz formally partnered up.

Cars as quaint as this are at the top of almost no-one's JDM import wishlist, yet against all odds, one found its way to Ohio of all places, where it is listed for sale at $17,999. A photo of its odometer in its listing on CarGurus reads 47,442 which, being in kilometers, equates to under 30,000 miles. Considering that low-mileage Nissan S-chassis these days sometimes wear price tags in the low six figures, that makes this Mitsuoka a bargain—provided you don't mind its lack of power, galactic wheelbase, and face only Jay Gatsby could love.

This is not a drill.