Reports indicate a huge (and immediate) shake-up at the racing powerhouse. 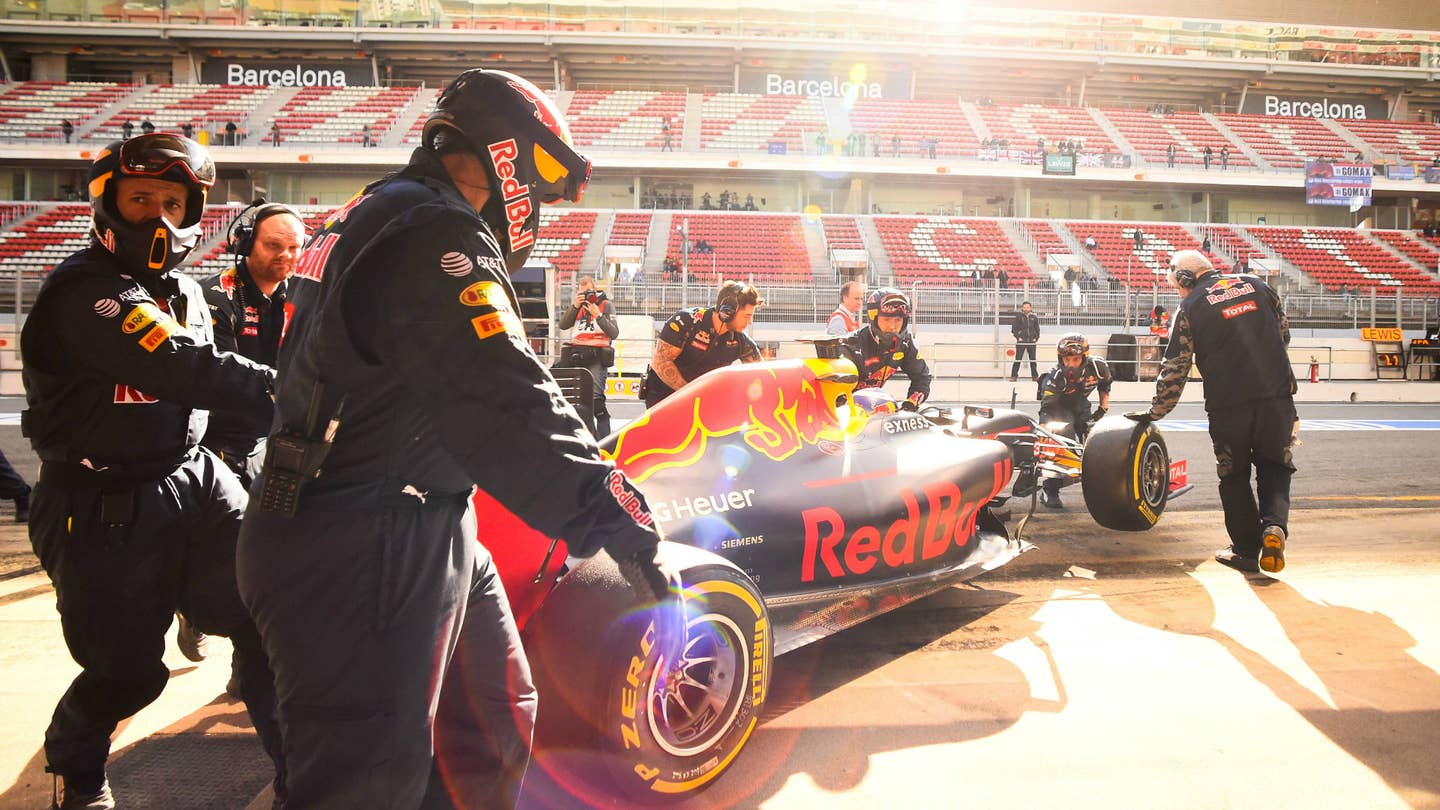 In the aftermath of a disastrous Russian Grand Prix, we certainly expected ... something. Disciplinary action from F1, or maybe a grandiose public apology from Daniil Kvyat. But now it looks like the 22-year old is going to lose his seat at Red Bull Racing, effective immediately. According to reports, Kvyat is being demoted to Toro Rosso F1, the backmarker feeder team. That'd put teenage phenom Max Verstappen in the driver's seat for Red Bull next weekend’s Spanish Grand Prix.

The immediacy of the shake-up is surprising, but it’s not without merit. In Sochi, Kvyat managed to crash into Sebastian Vettel’s Ferrari twice in the span of two turns on the opening lap. Which felt like deja vu, since Kvyat also wrecked Vettel during the previous race in China. Repairing an F1 car ain’t cheap, and crashing three times in two races—and into the same driver, a four-time World Champion no less—is a surefire way to the doghouse. The real problem, though, is that the final accident forced Vettel's car into that of Daniel Ricciardo, Red Bull’s star driver and Kvyat’s teammate.

Ricciardo, too, was unhappy. He called the debacle “frustrating,” and explained the accident thusly: “There’s three cars pretty much taking up the whole track into Turn 1. So I don’t know where Danny was going. It’s not like there was room on the inside.”

“I expect an apology, I’ll put it that way,” he added. “We’ll hear now what the team thinks.”

Kvyat did apologize, eventually, but did himself no favors in the post-race interview, claiming he “didn’t brake too late, just locked [the] rears” and that “the car was a bit out of control.”

That’s not much for inspiring confidence, and Kvyat was already on shaky ground with the team. Before the season even started, rumors surfaced that he’d be replaced—either by Verstappen or Toro Rosso’s other driver, Carlos Sainz, Jr.—at the end of the season. The Russian Grand Prix looks to have expedited that process.

What’s unique about this situation is that, unlike other drivers who crash their way out of F1, Daniil Kvyat is actually a viable talent. He took ninth place in his F1 debut two years ago, at the age of 19, and in doing so became the youngest points-scorer ever. As a rookie, he finished in the top-ten at four Grands Prix, driving a lackluster Toro Rosso car. Last year, after moving to Red Bull proper, he took two podiums, finishing the season seventh in points, three points ahead of Ricciardo.

While Kvyat may be replaced in Spain (reports are yet to be officially confirmed), he’ll certainly be dropped from Red Bull at the end of this year. But, with Jenson Button and Kimi Räikkönen both nearing retirement, spots at McLaren and Ferrari are going to be up in the air. That’ll set off a game of F1 musical chairs this offseason. Kvyat’s a liability, but he shouldn’t be left without a seat for 2017.