Hell’s Angels, this is not. 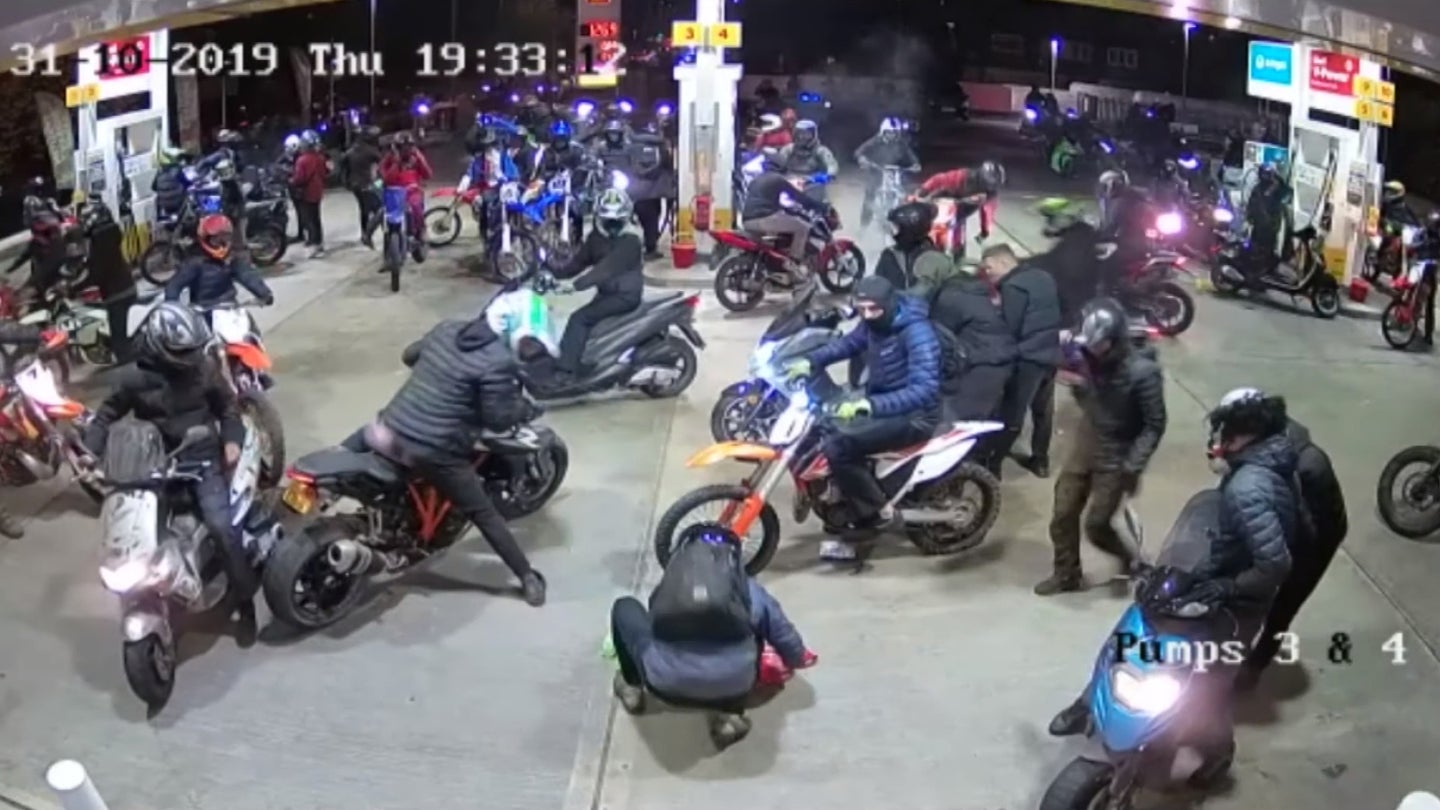 While biker groups like Hell's Angels are known for their rough-and-tough attitude, you wouldn't associate a pack of moped enthusiasts to turn to violence. That is, however, the case in Manchester, England as police have been dealing with a recent rise in vandalistic and lawless riding behavior from certain groups. Some have even been intimidating the public with weapons, leading to a heated environment within the community that came to a head in a gas station squirmish.

The Greater Manchester Police released a video from Oct. 31, 2019, showing what appears to be a group of 60 or so two-wheelers riding around and causing mayhem at a fuel stop in the Wythenshawe neighborhood. CCTV captured the moments where the huge group of riders raided the filling station’s grounds. Some of the riders could be seen walking into the nearby convenience store and paying for goods normally, but others were spotted shoplifting and looting. After the brief episode, they all then sped off into the distance.

“[There was] widespread disturbance across the areas of Wythenshawe and Sale which caused large amounts of distress to residents of those communities,” police constable Gavin Jackson of the Greater Manchester Police told The Independent in a statement. “We believe the men on bikes shown on the CCTV footage at the petrol station were the same group who were causing mass antisocial behavior elsewhere that night also.”

That same night, police say they received numerous reports of the gangs disturbing the peace, riding recklessly down neighborhood streets and blocking roads while stunting. Others reported some of the riders brandishing weapons, such as knives and even a sword.

Police have summoned the public for help in trying to identify the culprits and mitigate this behavior.

“Due to the widespread instances of that night, we are confident that there are members of the public who will have seen this group or have dashcam footage through the night and we wish to hear from anyone who may have information,” Jackson concluded.

This gives a whole new meaning to ‘biker gang’ as this wrecking crew came through on 10-speeds.