Husqvarna is on a roll with better and better motorcycles. The Norden 901 is no different. 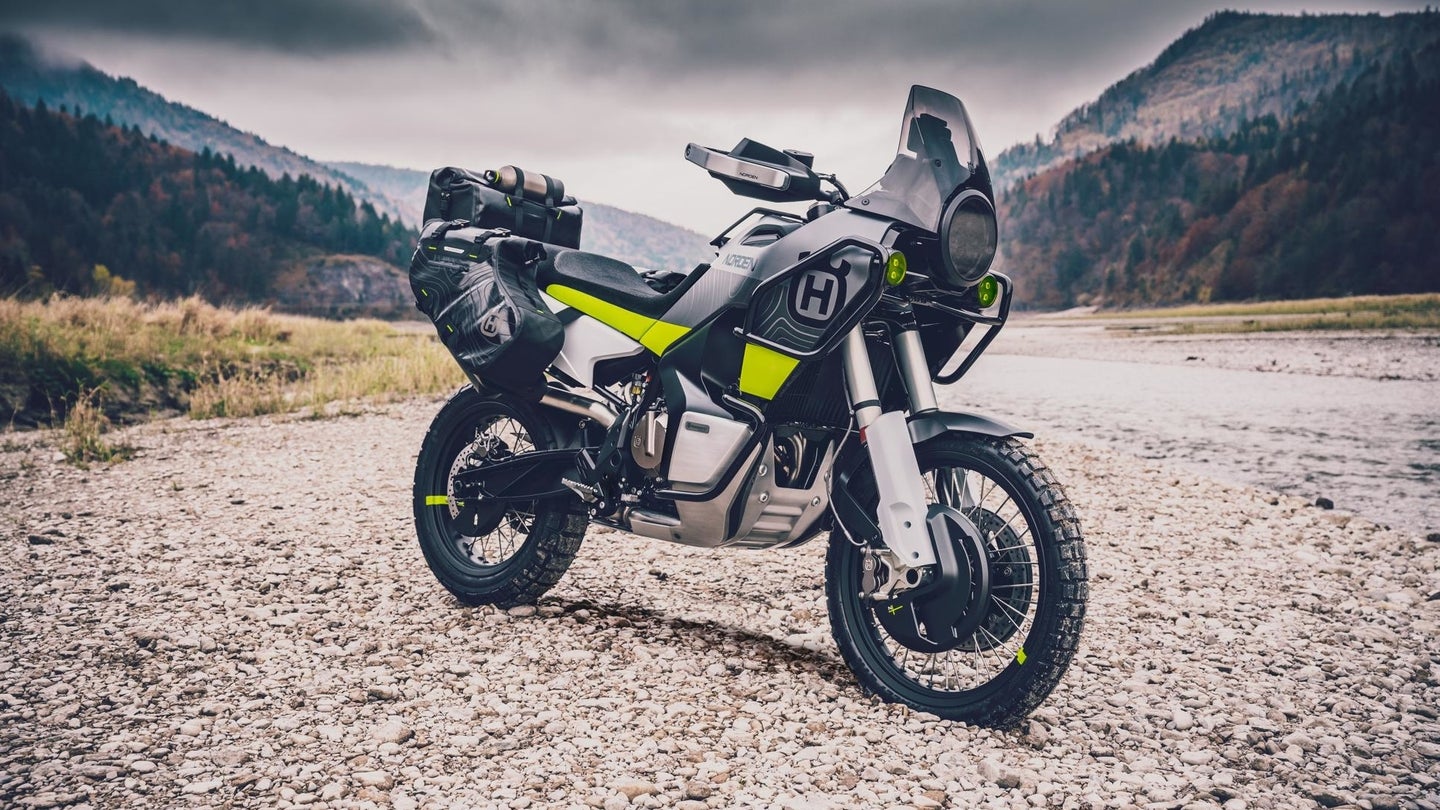 Since the company’s road-going rebirth, Husqvarna has debuted damn-near perfect motorcycles. There’s the fabulous baby off-roader Svartpilen, a small Supermoto family of ready-to-rock hooligans, and the Vitpilen which is, in our opinion, is perhaps the best motorcycle on the market. And now, at the EICMA show in Milan, Italy, Husqvarna is making us lose our collective minds again with the Norden 901 Concept.

Getting hard details on the adventure-ready Norden 901 is like trying to subpoena routing numbers from a Swiss banker. It ain’t gonna happen. What we do know is that the Norden 901 features a parallel-twin 889.5 cc engine, WP suspension and that Husqvarna is directing this salvo toward the hotter-than-hot adventure touring market.

What Husqvarna isn’t telling us is the Norden 901’s horsepower, on-sale date, fuel capacity, price, or what the adventure motorcycle weighs—given its featherweight siblings, it’s not likely to be a porker, though. While it could be easy to say the motorcycle, the first adventure touring from Husqvarna, might not be as good as the rest of the company’s stable. Off-roading is what Husqvarna is known for. The Norden 901 can’t be anything but utterly fantastic.

In the release ahead of the EICMA show, Husqvarna stated, “Forming Husqvarna Motorcycles’ view of an adventure-touring motorcycle, the NORDEN 901 concept is a dynamic, twin-cylinder motorcycle that features advanced rider ergonomics and high performance based on years of rally experience, in a distinct modern design. A versatile long-distance exploration concept, it delivers both outstanding street and offroad performance. Class-leading lightness and power delivery is set in a versatile and accessible package, precisely arranged to allow discerning riders uncompromised exploration possibilities.”

Those “exploration possibilities” have us on the edge of our seats for this motorcycle to hit the market. Viewed against the rest of the industry’s adventure bikes, this Husqvarna looks like it’s going to be a true disruptor. The Vitpilen and Svartpilen debuted with hugely competitive prices, and we’re sure Husqvarna will continue that with the Norden 901 whenever the company decides to put it into production—we have $10 on a production debut for next year.

Until then, we’ll be printing a picture out of the Norden 901, slapping it onto our wall, and diving into Calvin & Hobbes to wistfully imagine about all of the adventures we’ll be going on very soon. Husqvarna, don’t let us down.

Husqvarna makes a bold statement with the new 701 Vitpilen for entry-level and serious riding enthusiasts.

Look out Ducati, BMW, and Triumph. The Husqvarna Svartpilen 701 is coming for your Pabst Blue Ribbon-drinking, latte-sipping motorcycle hipsters.

Husqvarna releases a concept bike in 2014. Everyone freaks out and loves it. Three years later they bring the bike to market. Husquvarna stands ready to take everyone’s money. Seems like a good business model.