Chevrolet’s Billboard Is Watching You

Do you live in New Jersey, Illinois, or Texas? Get ready for some creepy Big Billboard action. 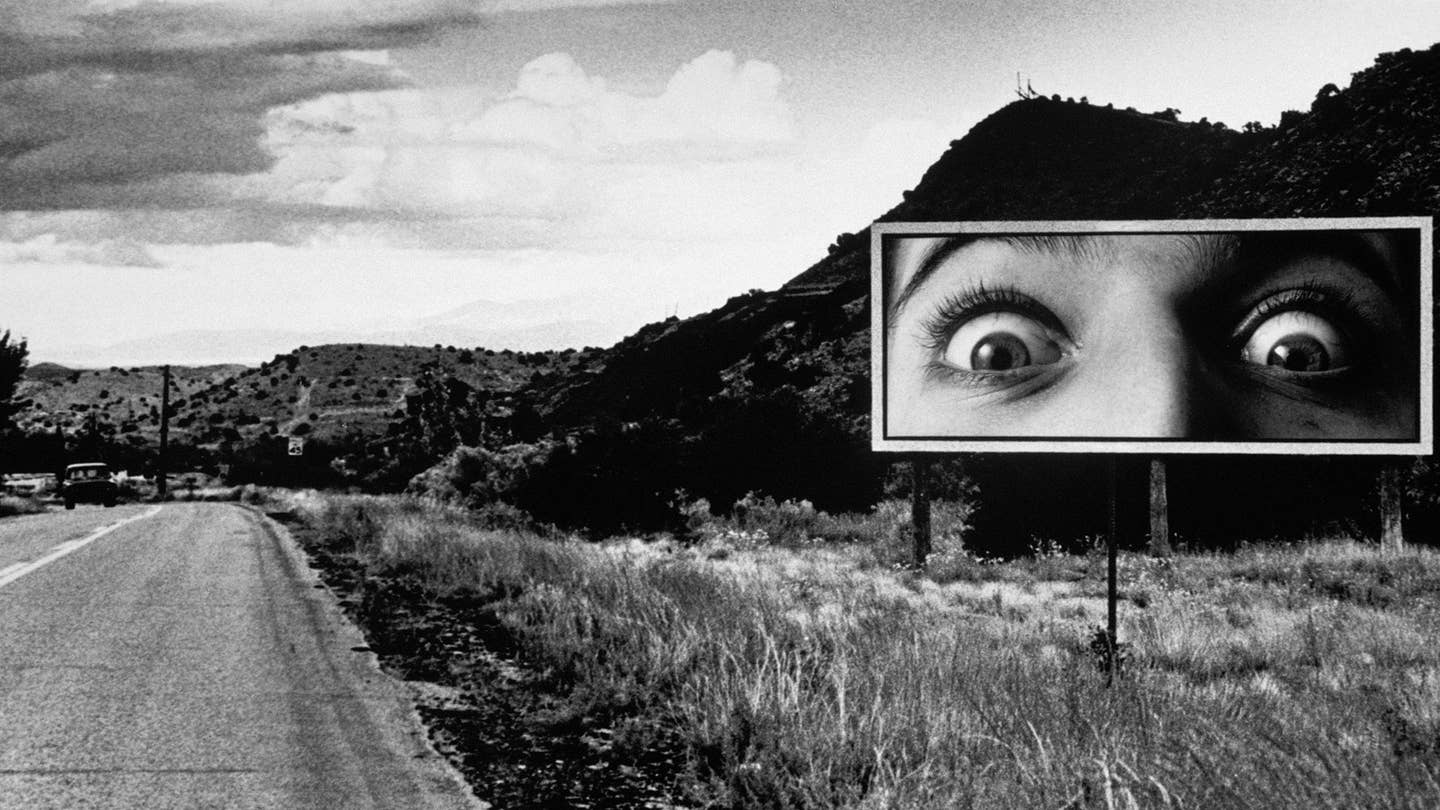 If you happen to be driving a Ford Fusion, Toyota Camry, or Nissan Altima on the highway and notice a Chevrolet Malibu billboard that seems directed specifically at you—well, you're not going insane, it really might be. In Chicago, Dallas, and New Jersey, Chevrolet has rolled out electronic billboards that are designed to target the Camry, Fusion, and Altima, and adjust their message to match.

When one of those three competitor-cars approaches, the sign quickly highlights specific advantages of the Malibu over whichever car is closing in on the ad—safety features, fuel economy stats, etc. If none of those vehicles are driving by, the billboard reverts to a default ad for Chevy's mid-sized sedan.

How does the 48x14-foot billboard know when one of those three sedans is rolling towards it? Well, think of it as facial recognition technology—not for people, but for cars. A camera mounted by the highway around 1,000 feet down the road from the ad scans the front end of every car that drives past. When it detects the front fascia of an Altima, Camry, or Fusion, the billboard changes to target that vehicle for around seven seconds—just long enough for the car to pass by.

Anyone who's logged onto the Internet in the last few years is likely familiar with targeted advertising. Social networks and search engines have been selling personal information to merchants for years, to help them better target appropriate audiences. But the Chevy billboard is a whole new ballgame.

"It's really innovative because it is able to [personalize the content] on the fly as the car goes by, and that's really bringing online techniques to the offline world," Helma Larkin, CEO of Posterscope, told The Chicago Tribune. Posterscope worked with billboard company Lamar Advertising to develop the omniscient ad.

"This is just the tipping point of the disruption in out-of-home," she said. "The technology coming down the pike is fascinating around what we could potentially do to bring digital concepts into the physical world."

If the idea of Big Billboard keeping tabs on you without your permission gives you the heebie-jeebies, you don't have to worry, according to Larkin. "They don't take pictures of peoples' faces—it's blurred out by the technology, [and] the license plate is blurred," she said.

Still, if you want to avoid being targeted by the billboard, there's an easy solution: Don't drive a Camry, Altima, or Fusion. Privacy, as it turns out, is just another reason not to buy a boring car.