Are You Watching Donald Glover’s “Atlanta” Yet?

Because you really should be… 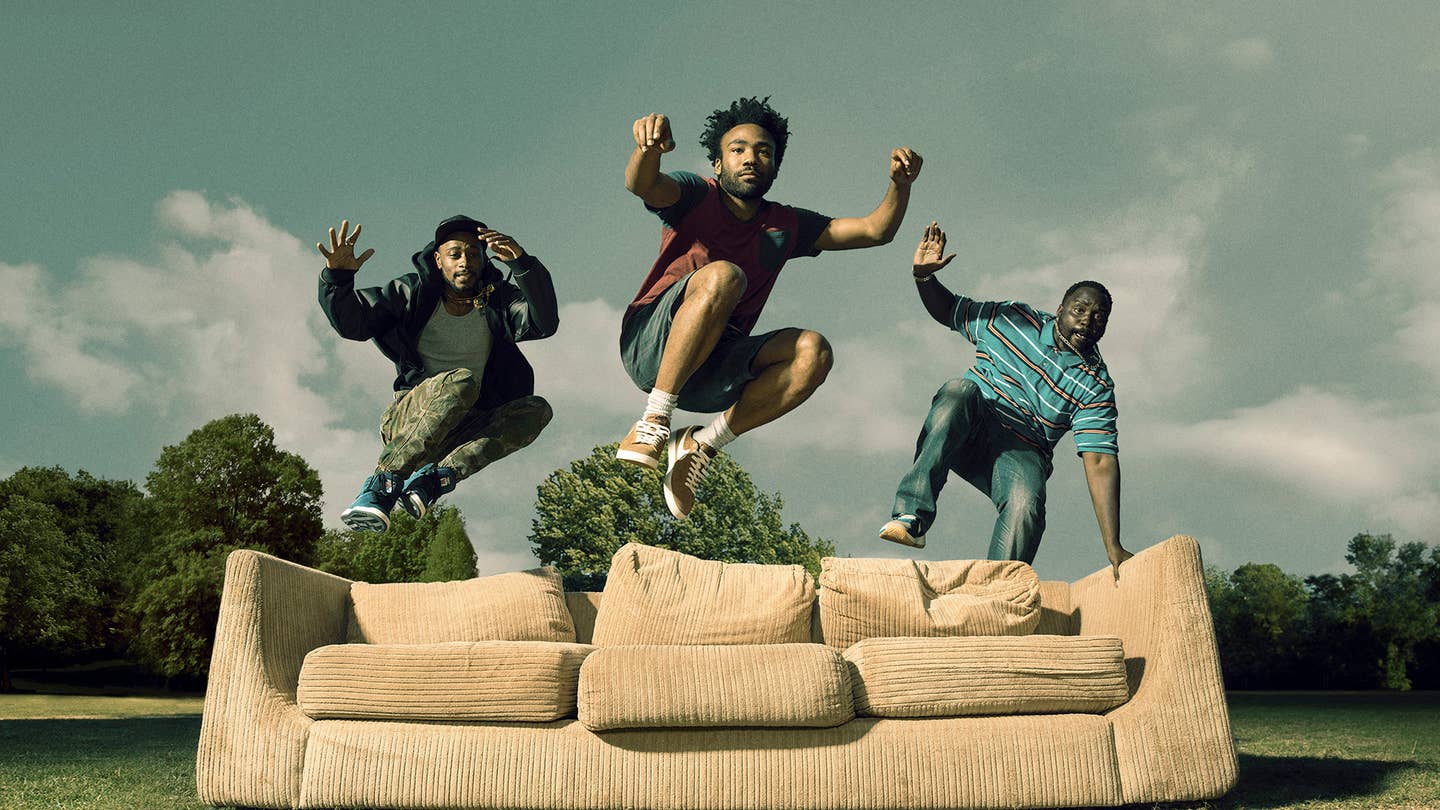 Sorry, Game of Thrones cosplay doofuses: Atlanta is the best show on television. The series, which airs on FX, follows a cast late-twentysomethings trying to get by in the eponymous title city. Its writer and star is Donald Glover, a.k.a. indie hip-hop impresario Childish Gambino, formerly of Community and 30 Rock. In Atlanta, he plays Earnest “Earn” Marks, an Ivy League dropout and new father who takes up managing his cousin, Alfred (stage actor Brian Tyree Henry, The Book of Mormon), a mixtape rapper who’s struggling with impending fame and his public typecast as a Gucci Mane thug.

Atlanta is a comedy, and a drama, and a biting social commentary. Mostly, though, it’s just flat-out brilliant.

Glover’s got a knack for non-traditional storytelling, and the entirety of last week’s Atlanta, titled “B.A.N.”, was presented as a fictional talk show on a BET-esque network. After tweeting out some vaguely homophobic lyrics, Alfred lands on a panel discussion with a transgender rights advocate, moderated by a fantastic sendup of Don Lemon. What unfolds might be the gutsiest, smartest, most experimental half-hours of television this year. And, to keep us all immersed in the talk show shtick, Glover intersperses fake commercials from real companies. The lead-in is a spot for the Dodge Charger. It’s pretty much perfect.​

Non-enthusiasts probably won’t catch all the nuance, but Atlanta’s parody absolutely pegs the glossy aesthetic and vacuous verbiage of modern auto ads. It’s even got the “professional driver” disclaimer running across the bottom. I watched the show with two car guy friends, and it took all three of us a few moments to realize it wasn’t an actual Dodge commercial. There are two other fake Charger spots at the episode’s midpoint and end; watch it all the way through, because the final one delivers the SNL-worthy punchline.

If you’ve got cable, you can stream “B.A.N.”, and the rest of Atlanta, on FX’s website here. If not, the full episode, Dodge Charger spoof included, is hosted on a number of less scrupulous outlets across the web. Not that anybody here is endorsing that. Of course not.

The eighth episode of Atlanta airs Tuesday, October 18, at 10 p.m. EST on FX.