A bespoke Subie, aimed right at the Isle of Man TT course. 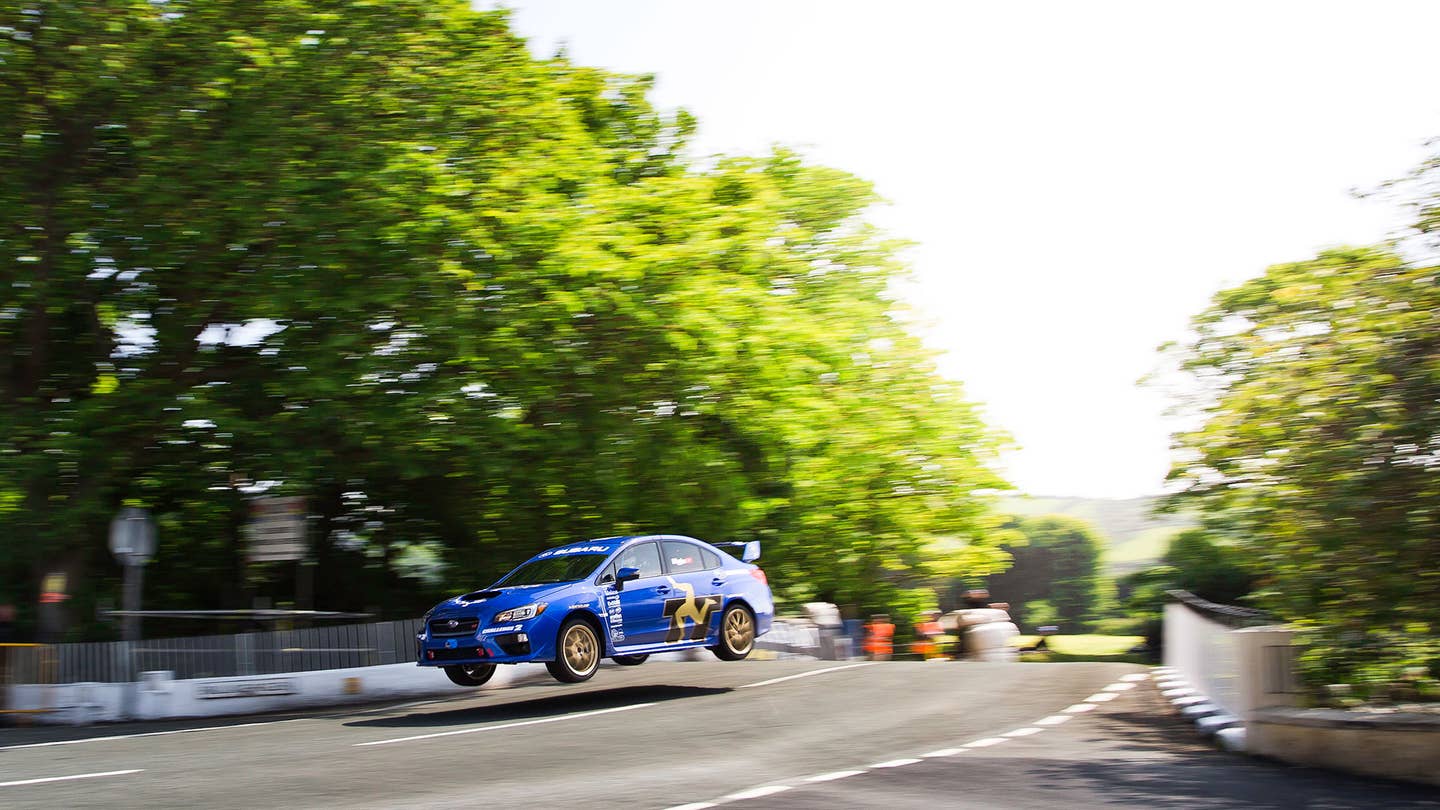 To put it in colloquial terms, the Subaru WRX STI has made the Isle of Man TT racecourse its bitch. In 2014, the previous generation of the rally-tested speed machine set a new automotive record on the course, circling its 38 miles of treacherous tarmac in 19 minutes and 15 seconds at an average speed of 118 mph. That was fast enough to annihilate the old record of 19 minutes and 58 seconds set in 2011...set by an even earlier WRX STI.

But 2016 is different. Subaru is actually trying.

See, in past years, Subaru attacked the Snaefell Mountain Course, as it's technically called, in STIs with minimal modification. This year, though, the car maker is partnering with Prodrive and Subaru Technica International—a.k.a. STI itself—to build a 2016 Subaru WRX STI specifically designed to lap the Isle of Man course as fast as possible. Subaru of America and Prodrive are designing and building the car, with the in-house gurus at STI contributing their technical expertise to the project.

A car is only as fast as its driver, though, so Subaru locked down the best in the business when it comes to lapping the Isle of Man in a car: Mark Higgins. Higgins set the previous two records around the course, so it's safe to say he's familiar with both the route and the dynamics of Subaru's all-wheel-drive road rockets.

The Isle of Man TT course, like Germany's Nürburgring Nordschleife, subjects a car's suspension and powertrain to the automotive equivalent of a CrossFit workout. A single lap of the course, which is entirely made up of public roads closed for the occasion, winds up and down mountains, through villages, and through more than 200 twists and turns. It's extremely deadly; since the first Isle of Man TT in 1911, nearly 250 racers, officials, and spectators have died during competition events—enough to warrant their own Wikipedia page.

As impressive as the STI's record runs around the road course are, they're tortoise-like compared to the lap times set by the motorcycle racers who regularly compete there. The current lap record, set in 2015 by John McGuinness on a Honda CBR1000RR, stands at 17 minutes and three seconds. Which works out to an average speed north of 130 mph, in case you're wondering.